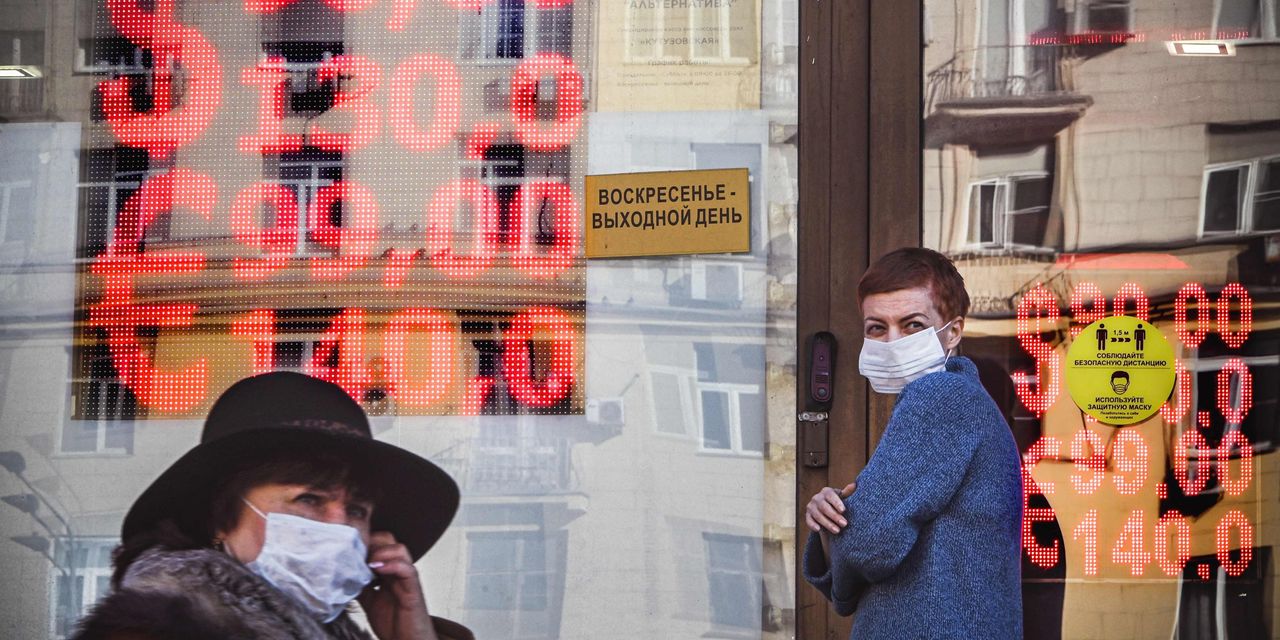 Fitch Ratings made a six-notch downgrade to Russian debt, saying a sovereign default for the country is “imminent,” as a result of sanctions over its invasion of Ukraine more than two weeks ago.

The change, announced Tuesday, left Russian debt at a single C rating. The move follows an initial six-notch downgrade by Fitch on March 2, alongside a similar move from Moody’s. The two rating firms, which had previously assigned low investment-grade ratings of BBB and Baa3 for Russia, had signaled further downgrades could follow.

Read: Why the U.S. ban on Russian oil imports differs from the 1970s embargo for markets

The ratings agency said that a decree announced by President Vladimir Putin on March 5 “could potentially force a re-denomination of foreign-currency sovereign debt payments into local currency for creditors in specified countries.” In addition, the Central Bank of Russia has been restricting the transfer of coupon-bearing federal loan bonds issued by the Russian government to nonresidents since last week, it said.

“More generally, the further ratcheting up of sanctions, and proposals that could limit trade in energy, increase the probability of a policy response by Russia that includes at least selective nonpayment of its sovereign debt obligations,” said the agency.

Read: ‘Russian commodities today are like subprime CDOs were in 2008’, says rates strategist