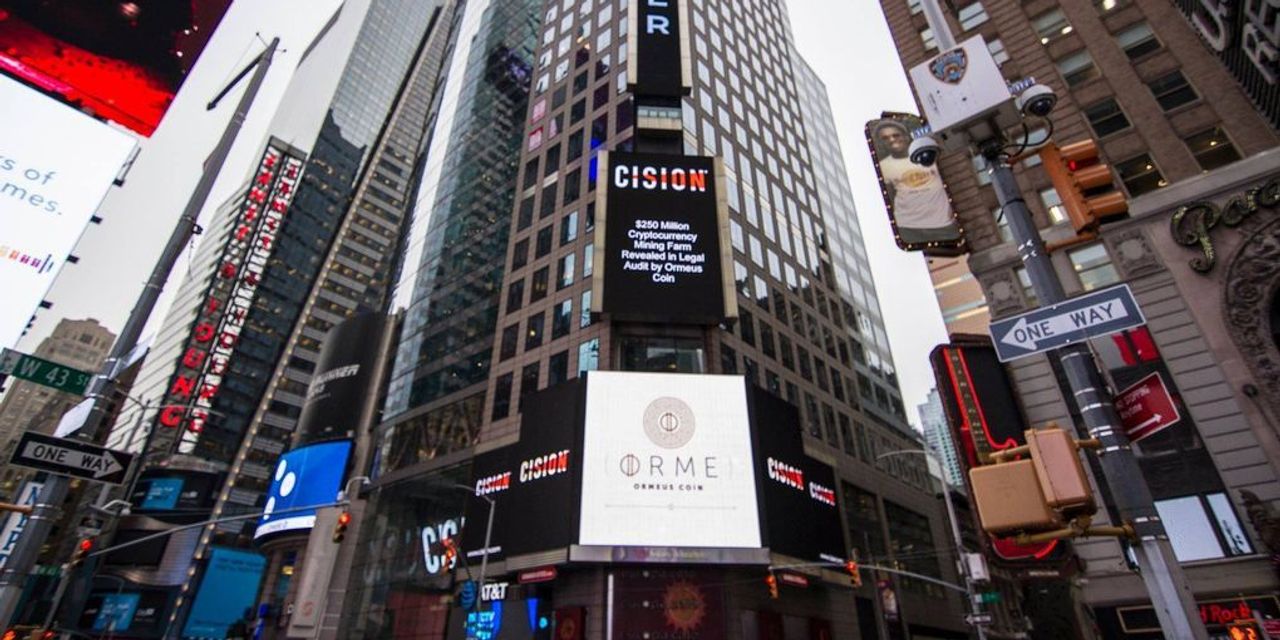 A crypto-savvy brother-sister team has been accused of running a $124 million scam on investors in a crypto-mining operation purported to be one of the biggest in the world, but that was virtually worthless.

Federal prosecutors say the pair talked a big game about their Ormeus Coin operation, buying ads in Times Square, issuing white papers and staging roadshows and online seminars claiming it was backed by a $250 million crypto mine that generated $5 million in revenue per month.

In all, the company Ormeus Global, raised $124 million from over 20,000 investors worldwide, who were drawn in by the pair’s fraudulent marketing pitch, prosecutors and the SEC said.

John Barksdale, 40, has been charged criminally with conspiracy to commit securities fraud and wire fraud. His sister, JonAtina Barksdale, who goes by Tina, was hit with civil charges by the SEC, alleging she spearheaded the effort’s social-media campaigns.

The Barksdales couldn’t be immediately reached for comment and it wasn;t immediately clear if they had retained attorneys.

“$250 Million Cryptocurrency Mining Farm Revealed in Legal Audit by Ormeus Coin,” read a caption to an ad for the coin that appeared on a jumbotron in Times Square in 2018, images of which the pair used to promote their business online, according to prosecutors.

The SEC, however, said that while Ormeus did indeed mine crypto between February 2018 and January 2019, it never generated more than about $3 million.

“Barksdale operated like a traveling salesman and peddled lies, overstatements, and misrepresentations regarding a cryptocurrency called Ormeus Coin, which resulted in duping thousands of investors throughout the world,” said Special Agent Ricky Patel, of the Department of Homeland Security.

Investigators say the Barksdales even went so far as to display a crypto wallet containing over 3,000 bitcoins that belonged to another party on the Ormeus website and presenting it as if it was the company’s own.

In some promotional materials, the Barksdales allegedly claimed an image taken of a Montana data center was actually their crypto mining operation.

According to court documents, the pair allegedly used some of their investor’s money to pay for travel and to purchase real estate.

John Barksdale faces up to 65 years in prison if convicted of the criminal charges he faces.