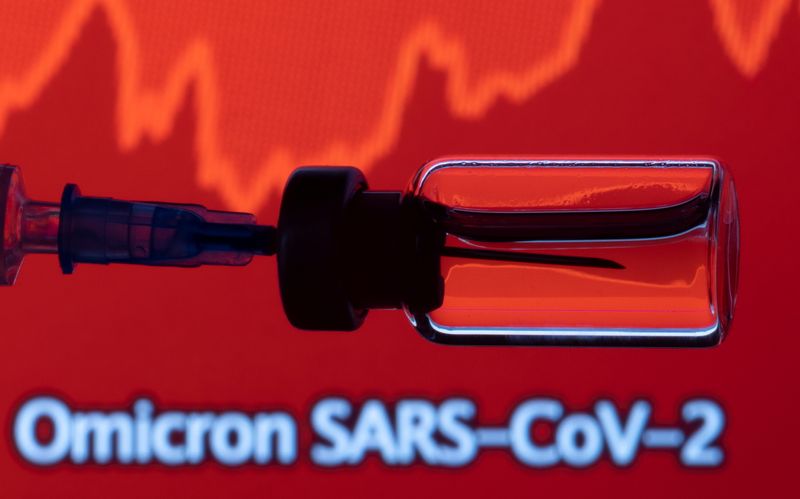 Investing.com – European stock markets are expected to open sharply lower Tuesday amid fresh concerns about the effectiveness of the current vaccines in combating the newly discovered omicron Covid variant.

Global stock markets had bounced Monday after Friday’s rout as investors reassessed the likely damage caused by the omicron variant, helped by South African health experts indicating that the symptoms have been mild so far.

However, sentiment changed abruptly early Tuesday after Moderna (NASDAQ:MRNA) chief Stephane Bancel suggested in a Financial Times article that the existing vaccines would struggle to cope with the omicron variant, predicting a ‘material drop’ in their effectiveness.

He also warned that it would take months before the drugmakers can manufacture the new variant-specific injections in sufficient quantities to be effective.

Moderna, along with Pfizer (NYSE:PFE) and AstraZeneca (NASDAQ:AZN), have supplied most of the developed world with the vaccines to combat the Covid-19 virus.

The omicron variant has now spread to more than a dozen countries, prompting the introduction of new travel curbs. The World Health Organization said on Monday that the modification posed a very high risk of infection surges, although the UN body added it is still unclear how severe the new variant is.

There was some positive news for investors to digest Tuesday after China recorded a surprise growth in factory activity in November, the first in three months, as a surge in raw material prices and power rationing both eased.

Back in Europe, the main economic release will be the flash Eurozone CPI for November, which is expected to climb to an annual 4.5% from October’s 4.1%, while German unemployment figures for November will also be of interest.

In corporate news, earnings from the likes of EasyJet (LON:EZJ), Greencore (LON:GNC), SAS (ST:SAS) and Volvo Cars (ST:VOLCARb) will be released Tuesday.

Crude prices retreated as the omicron concerns returned, with traders fretting about fresh lockdowns and the associated hit to global demand.

That said, with a further hit to demand likely, expectations are growing that the Organization of Petroleum Exporting Countries and its allies, a group known as OPEC+, will put on hold the plans to add 400,000 barrels a day in January when it meets later in the week.