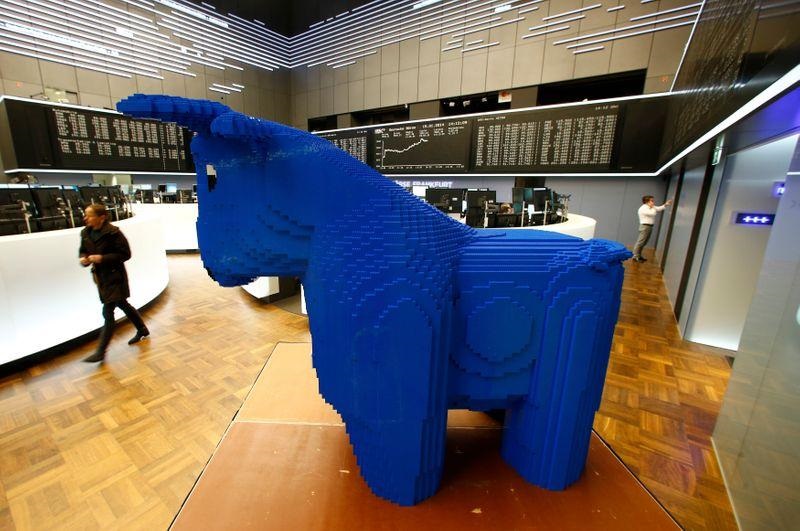 Investing.com — European stock markets are expected to open marginally higher Wednesday, rebounding from the previous session’s sharp losses, as investors digest the surge in Covid-19 cases in the region ahead of the release of key economic data.

The main indices in the Eurozone slumped Tuesday, with the DAX dropping 1.1% and the CAC 40 falling 0.9%, as investors reacted to the possibility that countries will announce tougher restrictions to combat the dramatic increase in the number of coronavirus cases on the continent.

The total of Covid-19 deaths across Europe will exceed two million by March next year, the World Health Organization said Tuesday, adding that the pandemic had become the number one cause of death in the region.

Germany is expected to make a decision on stricter measures on Wednesday, France recorded more than 30,000 new daily infections on Tuesday for the first time since August, while the Netherlands hit a new weekly record.

The news make a challenging backdrop for the latest Ifo business climate survey from Germany, which also hit a new high for new infections on Tuesday.

On Tuesday, the flash composite purchasing managers’ index for the Eurozone’s largest economy rose to 52.8 in November, a two-month high, from 52.0 in October, suggesting that the slowdown in economic growth seen across the private sector over the previous three months is levelling off.

Market participants will also scrutinize the minutes of the U.S. Federal Reserve policy committee’s November meeting later in the session for signs that the pace of tapering could accelerate, potentially bringing forward the timetable for interest rate increases.

In the corporate sector, earnings from the likes of Johnson Matthey (LON:JMAT), Virgin Money (LON:VM), Britvic (LON:BVIC) and United Utilities (OTC:UUGRY) are also due.

Crude prices edged higher Wednesday after Tuesday’s announcement of a coordinated release of oil from government reserves, led by the United States, fell short of expectations, raising doubts about the effectiveness of the move.

The U.S. said it will release 50 million barrels, in concert with China, Japan, India, South Korea and the U.K. in an effort to tame prices, but influential investment bank Goldman Sachs (NYSE:GS) estimated that the market had already priced in more than 100 million barrels.

Meanwhile, U.S. crude stocks rose last week, according to the industry body the American Petroleum Institute, with inventories climbing 2.3 million barrels against expectations of a decline by about 500,000 barrels.