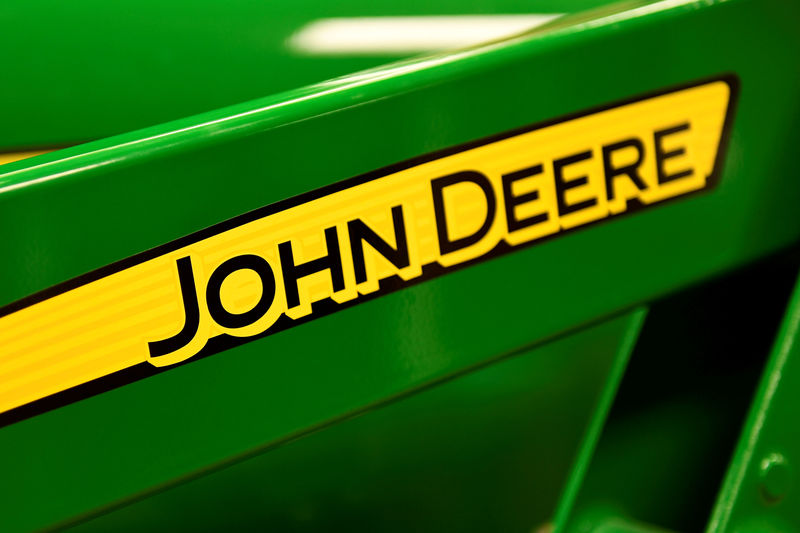 Deere expects record net income for fiscal 2022 of between $6.5 billion and $7 billion, compared to the average estimate of $6.66 billion by 17 analysts, the Moline, Illinois-based company said Wednesday in a statement. The tractor maker posted fourth-quarter profit that topped analysts’ estimates, though revenue for the period fell short of expectations for the first time in more than two years.

“Looking ahead, we expect demand for farm and construction equipment to continue benefiting from positive fundamentals, including favorable crop prices, economic growth, and increased investment in infrastructure,” Chief Executive Officer John May said in the statement. “At the same time, we anticipate supply-chain pressures will continue to pose challenges in our industries.”

Net income for fiscal 2021 reached $5.96 billion, its highest ever. Record earnings were part of the reason employees went on strike, arguing that they risked their lives as “essential” workers during the pandemic, and that they had worked with the company to take pay cuts in prior contracts when times were leaner for John Deere’s profits.

Deere’s upbeat outlook comes despite the work stoppage that slowed Deere’s factory output of equipment ranging from tractors and combines to sprayers and more in the U.S. during the busiest farming season of the year. Workers initially rejected two labor contracts that left customers waiting weeks for parts and components that normally take a couple days to deliver, before finally approving a third deal a week ago.

Ongoing supply chain disruptions, rising raw material costs, about a $3.5 billion rise in labor costs on the new deal and a slowdown at factories due to the strike remain some hurdles Deere must navigate in the months ahead. The company likely will have to raise prices on its equipment by about 1.5% to fully offset the increase in labor costs, according to analysts at JPMorgan (NYSE:JPM).

Still, strong demand for crops such as corn, soybeans and wheat is driving agriculture prices to the highest in years, padding the pockets of farmers who are eager to buy new equipment to keep pace with growing consumer needs.