Home
Stocks
Market Snapshot: The Federal Reserve’s next interest rate-hike cycle is coming but may not look like what officials have been projecting
Prev Article Next Article
This post was originally published on this site 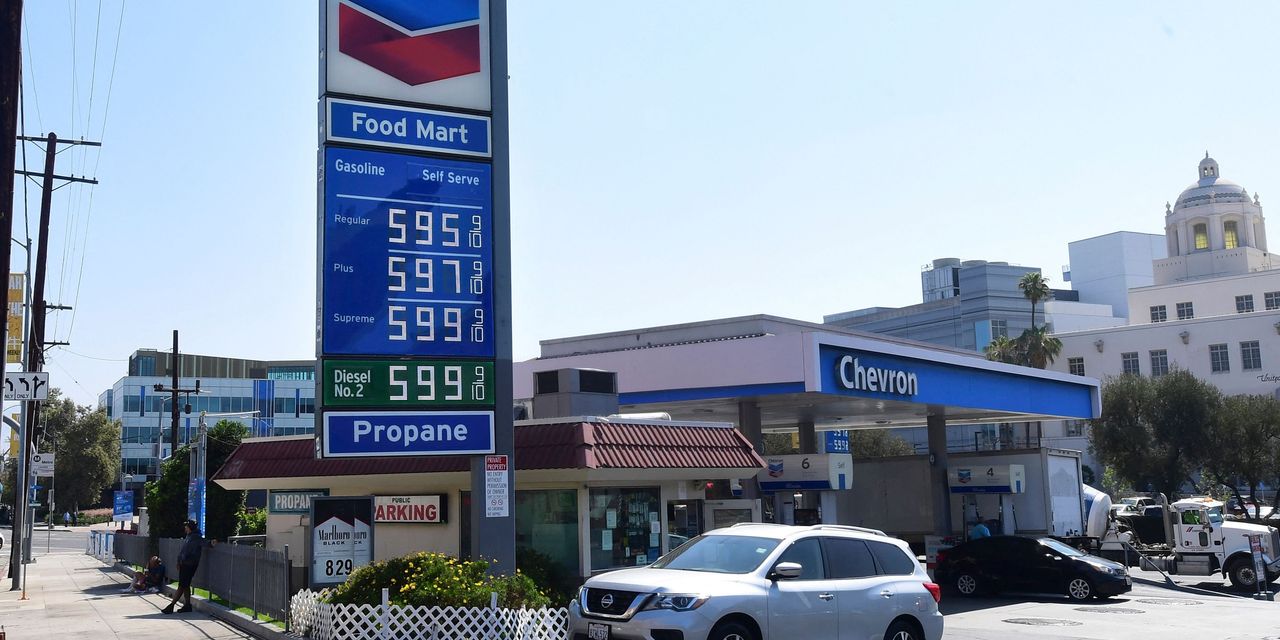 The Federal Reserve’s first cycle of interest rate hikes since 2015-2018 is coming into view, with liftoff anticipated sometime next year, though it may look different from what policy makers have imagined, according to investors and analysts.

Traders are now factoring in a more aggressive start to the central bank’s likely monetary policy tightening campaign given persistently stubborn inflation, and in some cases a relatively quick end to rate hikes too. In one of two scenarios gaining the most momentum among Eurodollars traders, some think the fed funds rate target may not get above 1% out to 2028. As of Friday, a bit more than two 25 basis point hikes from the Fed was being priced in by the end of 2022.

Many in financial markets are already looking past a likely announcement at the Fed’s Nov. 2-3 meeting that officials will start tapering their $120 million in monthly bond purchases. With the multi-month tapering process considered a foregone conclusion, the focus is now on the Fed’s most likely path forward with interest rate rises as expectations also build for the Bank of England to move rates higher by December.

Remarks made by Fed Chairman Jerome Powell, during a discussion sponsored by South Africa’s central bank on Friday, suggested the Fed may be moving away from an emphasis on the transitory nature of high inflation. He said that elevated inflation is likely to last into 2022, and “we need to make sure that our policy is positioned to adjust to a range of possible outcomes.”

The reaction in markets was swift, with yields on long-dated maturities falling more quickly than short-term yields briefly did in a so-called bull-flattening of the Treasurys curve. Meanwhile, the S&P 500
SPX,

pulled back from a record and Nasdaq Composite indexes
COMP,

finished at a record high. Earlier in the day, traders’ expectations for inflation over the next five years topped 3% for the first time on record.

A persistent rise in inflation worldwide as economies recover from the pandemic is upending forecasts about where central banks are likely to go in the coming years, leading to the repricing of rates for the U.S., U.K. and Europe. This so-called “front loading” of interest rate hikes across much of the Group-of-10 countries is being accompanied by declining market-implied terminal rates, which represent the levels where those rate hikes would end, according to Jonathan Cohn, head of rates trading strategy for Credit Suisse Securities in New York.

The most recent rate projections of Fed officials, released in September, envisioned a path in which policy makers could deliver just one 25 basis point rate hike by the end of 2022, followed by three hikes in 2023 and three more in 2024. Officials also expected the fed funds rate target to climb to as high as 2.5% over the longer run, from a current level of zero to 0.25%.

When it comes to thinking about how to price the Fed’s policy path, “the market seems to be increasingly of two minds,” Cohn said via e-mail.

One involves a scenario in which the central bank commits a “policy mistake,” he said, where the “Fed feels pressured into an earlier-than-projected, and ultimately poorly timed, set of hikes that hinders the recovery and thereby cuts the hiking cycle short.” The other scenario, albeit one that traders deem less likely, is a reflationary one in which the Fed is able to keep raising rates until the fed funds target range is above 3%, a level not seen since early 2008.

Friday’s price action soon after Powell’s comments “certainly tilts more toward a policy mistake, with the implied terminal rate legging lower and inflation breakevens making a U-turn amid a substantial bull-flattening of the Treasury curve,” Cohn wrote. “Against this seemingly bifurcated backdrop, volatility around the policy path ought to remain elevated.”

Policy makers worldwide are in the process of pulling back on economic support, albeit at varying speeds, more than a year after the coronavirus pandemic plunged many countries into business and consumer lockdowns. Meanwhile, central bankers and financial markets alike have underestimated the persistence of inflation, driven by a multitude of forces including labor shortages, the need for higher wages, greater consumer demand, and the breakdown of supply chains.

Until now, the Fed has been committed to letting inflation overshoot its 2% target to make up for several years of past low inflation, but after five straight months of at least 5% annual inflation in the headline U.S. consumer price index, fears of persistent inflation are taking center stage.

“We’ve had a decade in which no developed market could get its inflation to target, and 10 years of consistently undershooting inflation,” said Paul Ashworth, the Toronto-based chief U.S. economist for Capital Economics. “Suddenly, we have more inflation than we can handle and central banks are now faced with a completely different problem than they expected.”

“There’s some uncertainty about the Fed’s reaction function, and exactly if or when officials are going to realize that what we’re experiencing is not transitory and could be quite long lasting,” Ashworth said by phone. He sees a greater likelihood that the Fed is forced to delay liftoff until early 2023 due to slowing economic growth, although “we freely acknowledge that there is a risk officials panic when they realize that core inflation isn’t going to drop back close to the 2% target next year.”

Capital Economics, a London-based research firm, expects the fed funds rate target to get to just 0.5%-0.75% by the end of 2023, well below the Federal Open Market Committee’s own median 1% forecast and the consensus of economists surveyed by the Wall Street Journal.

Traders of so-called “fixings,’‘ or derivative-like instruments implying where future consumer-price gains will likely come in, have been signaling that headline year-over-year CPI will be at 5.9% in October, and 6.4% in both November and December, according to Tim Magnusson, partner and senior portfolio manager at Garda Capital Partners LP in Minneapolis.

The October reading alone could be the highest level in more than 30 years, and would come after policy makers and the one-year forward inflation market have consistently misjudged the staying power of price pressures over the past year.

“I do believe we will get an aggressive first round of hikes, higher than what’s being priced in today,” Magnusson said. “But whether the cycle is shallow or not depends on whether inflation comes down. If it does, then the cycle will be shallow, but we won’t know until mid next year whether it does damage beyond what the Fed can stomach.”

The recent flattening of the Treasury yield curve, namely the spread between 2- and 10-year rates, is emblematic of the dynamics at play.

The curve has flattened even though higher inflation expectations should be giving longer-dated Treasury yields a boost, as an inflation premium gets built in. Instead, long-end yields such as the 10-year yield
TMUBMUSD10Y,

are either not rising as fast as short-term rates or falling relative to them, causing the curve to flatten. The two-year rate
TMUBMUSD02Y,

climbed to another 52-week high of 0.464% on Friday in anticipation of Fed rate hikes, which is to be expected.

Analysts attribute the curve flattening to any number of factors. They range from traders simply needing to get out of unprofitable “steepener” trades to the view that rate hikes will only impede the economy’s recovery, as well as a more benign take that the economy will likely slow anyway.

The “front loading” of rates for the U.S., U.K. and Europe is occurring on “the material risk that the timing, not simply the pace, of hikes may need to shift,” according to Credit Suisse’s Cohn. As of this week, the Bank of England was expected to hike about 1.5 times by year-end, the European Central Bank was projected to deliver a full 25 basis point hike by early 2023, and the Fed was seen as hiking a total of at least 4.5 times through 2023, he said.

Next week’s U.S. economic calendar offers little in the way of new data that might alter the market’s thinking. Tuesday brings the October consumer-confidence index and housing-market data. September’s durable-goods orders and an advance report on trade in goods are set to be released Wednesday.

Companies set to report earnings in the coming week include Kimberly-Clark Corp.,
KMB,