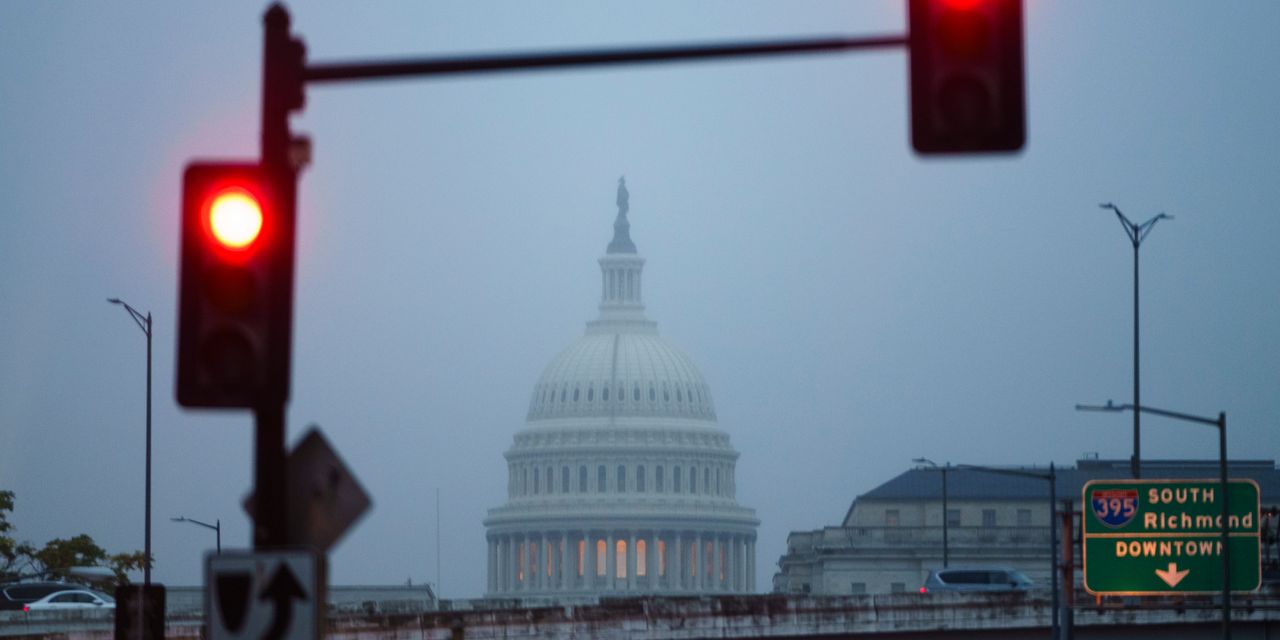 The Democratic-run Senate on Wednesday was poised to vote on ending debate on a House-passed bill that would suspend the federal borrowing limit, even as Republican senators were expected to put up another roadblock.

The potential for a U.S. government default due to the debt-ceiling standoff has spurred President Joe Biden to warn about possible major economic damage, and it has left analysts outlining likely solutions.

“Unlike 2011, there are obvious off ramps here,” said Chris Krueger, managing director at Cowen Washington Research Group, in a note Wednesday. He was referring to a debt-limit impasse 10 years ago that resulted in a downgrade for U.S. sovereign debt.

This year’s standoff has occurred as Senate Minority Leader Mitch McConnell and other Republicans argue that Democratic lawmakers ought to go it alone to lift the debt ceiling through a process known as budget reconciliation, similar to how they’re working to pass their sweeping social-spending package without GOP votes.

Democrats have said again and again that the increase should happen through a standard process and criticized Republicans for preventing that, adding that acting through reconciliation is cumbersome and risky.

Treasury Secretary Janet Yellen last week cautioned the Treasury Department is likely to exhaust extraordinary measures to keep from defaulting on its debt by Oct. 18 if Congress has not raised or suspended the debt limit. The Congressional Budget Office has given a later deadline, saying the government most likely will run out of cash near the end of October or start of November if lawmakers fail to act.

There are four routes that are most likely to provide a resolution, according to Cowen’s Krueger.

The first is Democrats decided to use reconciliation after all, and the second is Republicans give in and stop blocking action through the filibuster, the analyst said. The Senate’s filibuster rule requires 60 votes to end debate on most items and allows the minority party to stymie the majority’s efforts.

A third route would be “Senate Democrats could move to eliminate the 60-vote filibuster for debt limit increases,” Krueger wrote. “This would track w/ the recent, targeted weakening of the filibuster (confirmations, judges & Supreme Court), though would be the first on legislative matters in recent memory.”

Biden told reporters late Tuesday that getting rid of the filibuster for this situation is “a real possibility.”

A fourth solution, Krueger said, would involve “unilateral options,” such as invoking the 14th Amendment, which states the validity of the public debt shall not be questioned. Other unilateral options would be minting a $1 trillion coin or prioritization, which refers to the Treasury choosing who gets paid.

A Democratic senator who requested anonymity to speak frankly about Senate Majority Leader Chuck Schumer’s tough position told the Hill newspaper that Schumer likely will opt to raise the debt limit through reconciliation. The lawmaker said: “I don’t know, other than reconciliation, how we do it. I think if it comes to that, we should just do it. No one’s going to remember how it’s done in a month but they will remember if it’s not done.”

Biden was slated to meet on Wednesday with business leaders on the debt-limit standoff, including the CEOs of J.P. Morgan Chase
JPM,
,
Intel
INTC,