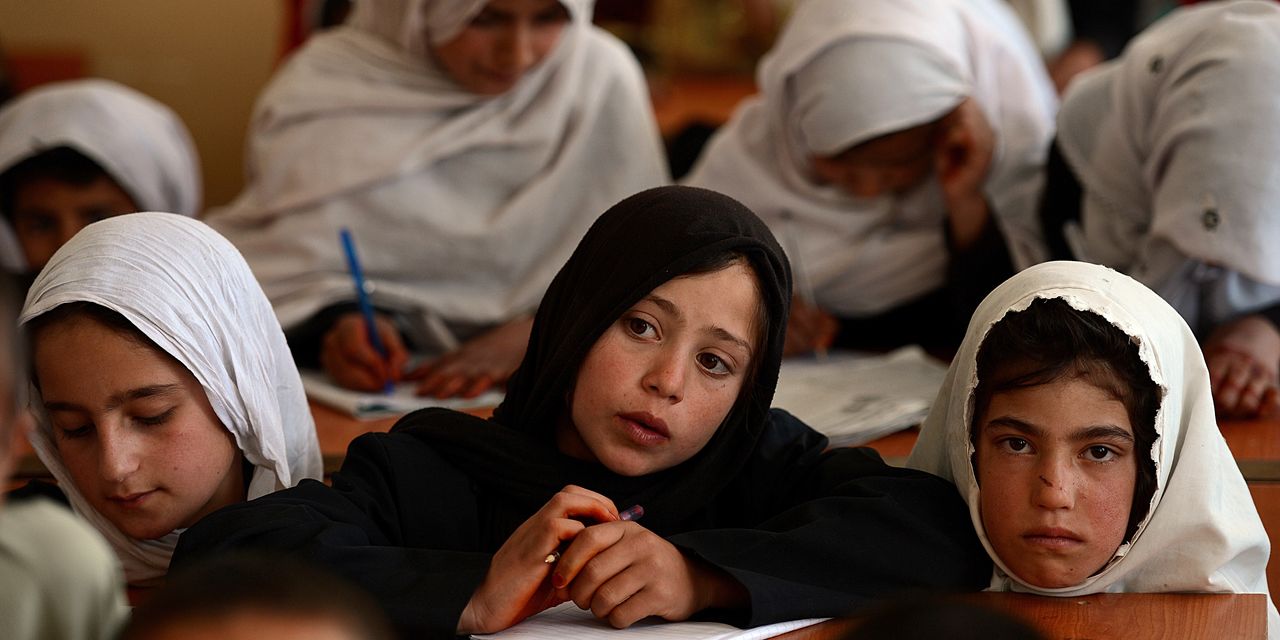 In Afghanistan, America took a terrible humiliation, but greater perils await if we take the wrong lessons from this debacle.

We went into Afghanistan to destroy al Qaeda and depose the Taliban. In the process, we took on nation building and inevitably, this was defined as establishing a Western liberal democracy and improving the status of women.

Now read: Biden to U.N.: U.S. ‘will lead on all the greatest challenges of our time,’ but ‘not go it alone’

The objectives were similar in Iraq—where considerable progress has been accomplished. Its constitution requires an independent judiciary and rule of law, civilian control of the military and that at least 25% of parliamentarians be women.

Since 2004, Iraq has had four successful transitions of power. The United States maintains a small troop presence, though its role has been redefined to a support mission to give political cover to Prime Minister Mustafa al-Kadhimi.

Both countries are rife with sectarian conflict, but in Iraq, the American-led coalition wholly defeated Saddam Hussein.

In Afghanistan, the Taliban took refuge in Pakistan. Our military needed access to landlocked Afghanistan through Pakistan and could not violate Islamabad by tracking down and fully squashing the Taliban on its territory.

The United States maintains far larger troop contingents in Germany, Japan and South Korea. Given the threat of terrorism projecting from the Middle East and South Asia, basing 2,500 troops in both Iraq and Afghanistan would not have been burdensome.

Before the withdrawal, the annual cost of the U.S. mission in Afghanistan was down to $20 billion. That’s far less expensive than the over-the-horizon presence to deal with terrorists that is now required.

Nation building was a tougher nut in Afghanistan.

In 2001, it was a medieval, illiterate dystopia. Whereas, just before COVID and President Joe Biden’s blundering withdrawal, the Afghan economy was growing, over 9 million children were attending school and 39% of those were girls. Women at universities studied science, law and medicine.

Overall, Americans lament the threat of Taliban 2.0 to the status of women quite simply because the American presence enabled so much progress.

The government in Kabul was undermined by Presidents Barack Obama’s, Donald Trump’s and Biden’s oft-stated intentions to leave. This begot corruption, which made Kabul ineffective among a population with strong tribal loyalties. That helped the Taliban to maintain legitimacy and a shadow government in the countryside.

Biden unfairly dishonored the Afghan military. It was structured by the U.S. military to require air cover and modern logistical support to function. When Biden withdrew those, its collapse was inevitable.

The Taliban’s hold on power is hardly guaranteed. A good deal of the fallen government’s budget was financed by U.S. and other foreign aid and international organizations. The Taliban was not able to raise comparable sums in exile through the opium trade, extortion and bullying locals.

Afghanistan has untapped mineral resources, including lithium, but the Taliban must establish a non-terrorist, stable order to attract private foreign investment. For now, the United States has frozen access to Afghanistan’s overseas assets, and cut off access to the U.S. dollar payment system—similar to sanctions on Iran and North Korea.

ISIS-K poses an immediate threat to the regime, and jihadists will occupy its more remote mountainous territory and potentially threaten Pakistan, India, western China and nations further abroad. The more Taliban 2.0 moves to accommodate Western expectations for women’s rights and general good international citizenship, for example by banning opium production, the easier time terrorists will have recruiting young apostles in the countryside.

From Europe to Taiwan epitaphs abound about the end of Pax Americana. We went through a similar season of doubt after Vietnam, but this time Biden’s behavior and questionable foreign-policy acumen elsewhere make the challenge more daunting.

He hastily withdrew U.S. forces to serve his ill-compassed political instincts. He hardly consulted with our allies—who risked troops and treasure in Afghanistan.

After Vietnam, America moved on to success in other theaters. From Taiwan to India, our friends are increasingly aware of the threat to sovereignty posed by China. Responsible actions to cope with the refugee crisis, building Biden’s alliance of democracies—including rejoining the Trans-Pacific Partnership, which he eschews—and investing in the Pacific fleet are the path forward.

America would like to be done with nation building—and we may be for a generation—but wholesale isolationism is not in the cards. Even if we are reluctantly pulled forward by the adventurism of Russia, China and Iran, America remains the essential nation and global security essential to American freedom and prosperity.

Peter Morici is an economist and emeritus business professor at the University of Maryland, and a national columnist.

Powell risks his legacy if he doesn’t start tapering soon

The U.S. needs to rejoin the TPP to meet the China challenge