Treasury yields were mixed Wednesday, with the market largely steady after a cooler-than-expected reading of the U.S. August consumer price index triggered a rally Tuesday that saw long-end yields post their largest daily drops in a month.

What are yields doing?

Treasury yields declined Tuesday after the August consumer price index rose at a weaker-than-expected 5.3% pace year-over-year from 5.4% in July. That’s the first slowdown since last October.. The core rate, which leaves out volatile food and energy prices, slowed to 4% from a July reading of 4.3%.

Traders will have more data to sift through Wednesday, though analysts said the economic calendar is unlikely to offer much direction.

Import prices and the New York state Empire factory index for September are both due at 8:30 a.m. Eastern Time. Industrial production and capacity utilization data for August are set for release at 9:15 a.m.

What are analysts saying?

“If anything, following the UST (U.S. Treasury) reaction to U.S. CPI data yesterday, we expect to see some consolidation,” wrote analysts at UniCredit, in a note. “While CPI inflation came in softer than expected, it still remains high (5.3% year-over-year), confirming that substantial progress has been made in achieving the [Fed’s] inflation goal.”

The inflation data doesn’t change anything regarding the timing of the Fed’s tapering decision, “as suggested by the negligible movement in UST real yields,” they wrote. “Investors will now turn to scrutinizing economic data, and most importantly labor market data, which will be crucial in determining the timing of tapering and the performance of UST real yields going forward.” 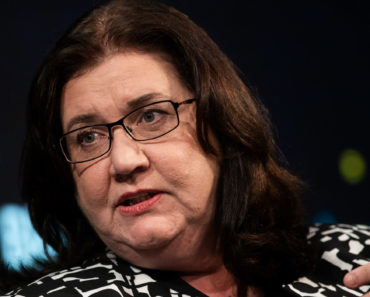