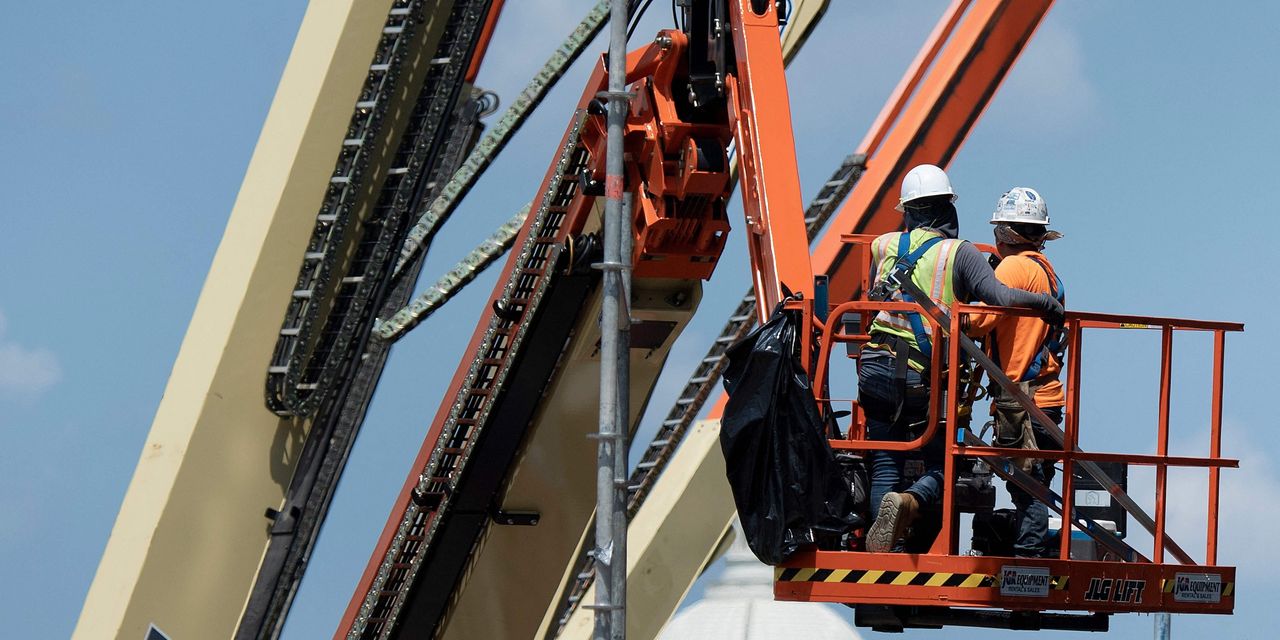 The numbers: The number of people applying for U.S. unemployment benefits at the end of August fell to a new pandemic low, suggesting the delta strain of the coronavirus hasn’t done much damage to the economy.

Economists polled by The Wall Street Journal had estimated new claims would total 345,000.

Before the pandemic, initial jobless claims averaged about 220,000 a week.

On Friday, the government is set to report employment growth for August. Economists predict an increase of 720,000, but there’s scattered signs that the delta variant might have caused companies to hire at a slower pace.

Big picture: Fewer people are seeking unemployment benefits with the economy continuing to recover from the pandemic. The delta variant is unlikely to undo the progress unless the caseload explodes. The most recent evidence suggests it might be starting to crest.

Also: Inflation in the U.S. is running at the highest level in 30 years

By most measures the labor market is quite strong. Job openings recently topped 10 million for the first time and many companies are offering higher pay to attract workers.

The biggest stumbling block is a lack of labor. Millions of people who had a job before the pandemic still haven’t returned to work.

The labor shortage is hampering the U.S. economic recovery and is likely to do so through the end of the year.

Key details: New claims fell the most in Illinois, Virginia and California. The biggest increases took place in Missouri, a state hard hit by delta, and Ohio.

An additional 102,405 people filed new claims for benefits through a temporary federal program that’s supposed to end Sept. 6. The Biden administration has told states it can continue to provide them using other federal stimulus funds, however.

The number of people already collecting state jobless benefits, meanwhile, slid by 160,000 to a seasonally adjusted 2.75 million. These so-called continuing claims are also at a pandemic era low.

Altogether, some 12.2 million people were reportedly receiving benefits through eight separate state or federal programs as of Aug. 14.

At the height of the pandemic total claims topped 30 million. They averaged less than 2 million a week before the viral outbreak.

What they are saying? “Businesses which let staff go might find it very hard to rehire them after the delta wave is over, given the record number of job openings,” said Pantheon Macroeconomics chief economist Ian Shepherdson in explaining the steady decline in layoffs. Yet he also said he thinks delta likely caused hiring to slow a bit in August.

were set to open higher in Thursday trades.