Home
Stocks
Capitol Report: Biden to ‘make a clear case that his economic plan is working’ with speech in Cleveland, White House says
Prev Article Next Article
This post was originally published on this site 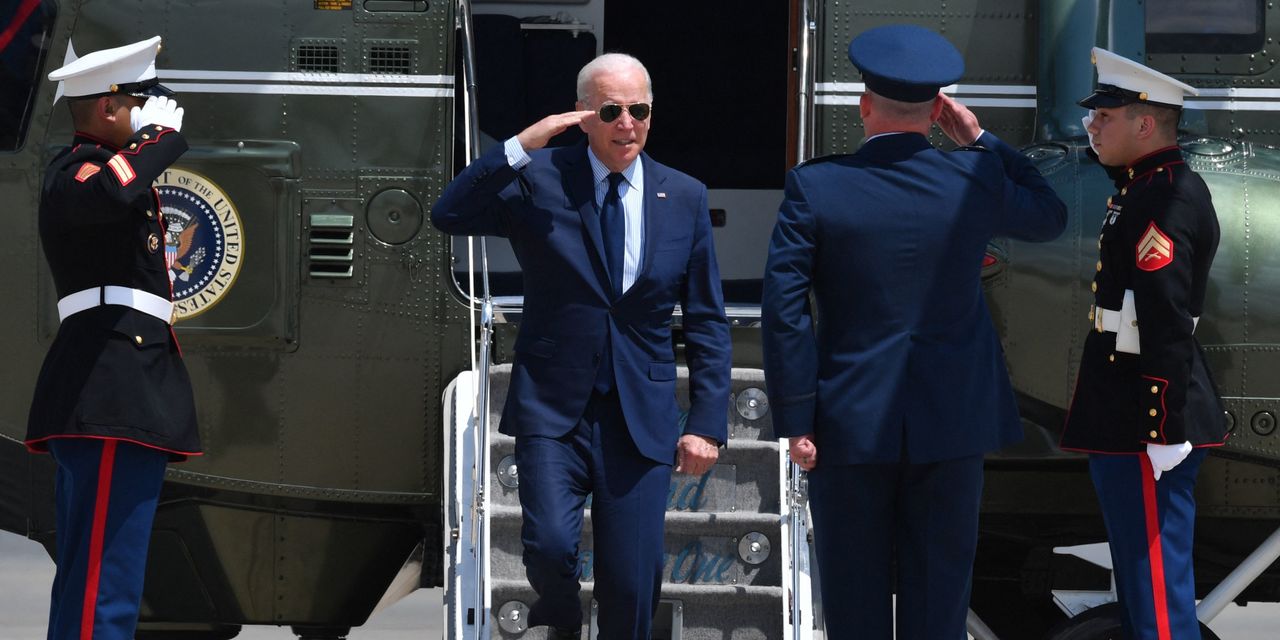 President Joe Biden on Thursday is ready to “make a clear case that his economic plan is working” as he delivers a speech in Cleveland, White House press secretary Jen Psaki said.

In remarks slated to come around 2:20 p.m. at a community college’s campus, the president will “discuss the economic inflection point we stand at, and the opportunity before us,” Psaki told reporters. She said Biden also will “note the remarkable progress we’ve made in defeating COVID-19.”

His speech follows a release on Thursday morning that showed the U.S. economy expanded at an annualized 6.4% pace in the first quarter, unrevised from the prior estimate released last month, while a separate reading indicated that unemployment claims fell to a new pandemic low of 406,000.

“Today’s positive GDP report is the latest proof that his policies are healing the economy and getting Americans back to work,” Psaki said during a briefing Thursday. “Unemployment insurance claims out this morning hit their lowest level since March of 2020.”

In his remarks in Ohio, the president also is expected to talk up his infrastructure proposal and social-spending plan. His administration has been negotiating this month on a possible infrastructure package with Senate Republicans.

In addition, Psaki said Biden will “argue that we need to ensure our tax code favors work not wealth, so big corporations are incentivized to invest in America, not on stock buybacks or CEO pay.”

Biden’s proposed budget for the upcoming fiscal year assumes that a hike in the capital-gains tax rate took effect in late April, meaning that it already would be too late for high-income investors to realize gains at lower tax rates, according to a Wall Street Journal report out Thursday citing people familiar with the proposal. The budget is due to be released Friday.