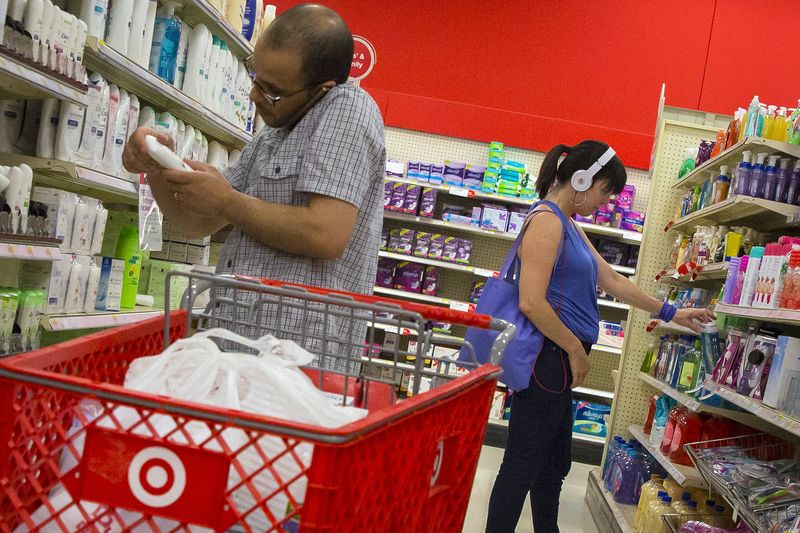 Investing.com — Markets were up, markets were down, apparently a bit uncertain of where to go.

Tech stocks slipped, as did energy, with oil prices lower on fears Iranian oil may soon come to market in a revived U.S.-Iran nuclear deal.

AT&T (NYSE:T) dropped after it said it will spin off its media business and merge it with Discovery (NASDAQ:DISCA) to create a streaming giant to take on Netflix (NASDAQ:NFLX), Amazon (NASDAQ:AMZN) and Disney. That did prompt smaller entertainment producers like ViacomCBS (NASDAQ:VIAC) and Lions Gate to jump on speculation that further consolidation is ahead as rivalries heat up.

Tomorrow, investors will parse through the minutes from the latest Federal Reserve meeting to figure out the thinking on inflation and possible stimulus tapering.

Target (NYSE:TGT), Lowe’s (NYSE:LOW) and TJX (NYSE:TJX) will try to match the strong results posted by Walmart (NYSE:WMT), Home Depot (NYSE:HD) and Macy’s (NYSE:M), all of which easily topped forecasts. If tech is more your speed, Cisco (NASDAQ:CSCO) reports after the close. The company is expected to post modest gains in profit (82 cents a share) and revenue ($12.6 billion).

Economists and investors alike can peruse the minutes of the Fed’s April meeting, but the views represented therein came prior to the big April jobs miss and the higher-than-expected CPI number from last week. Still, there might be some useful bits in there for those that want a more granular take on what “transitory” means.

New York City reopens on Wednesday. Grab some friends and be a part of it. Capacity restrictions on restaurants, theaters, museums and stores end after more than a year. Neighboring New Jersey and Connecticut will be doing the same, but nobody sings about them.