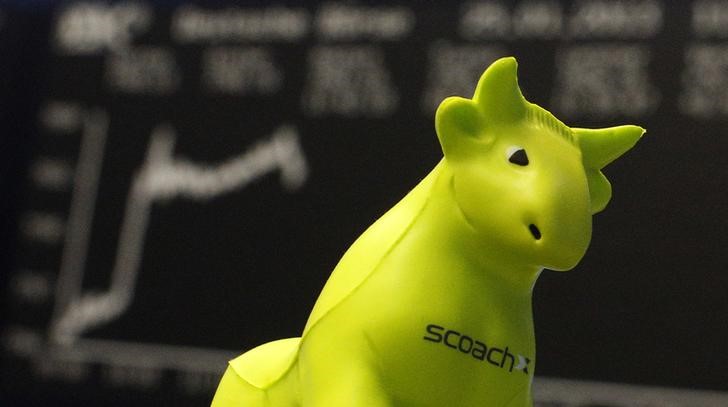 Investing.com – European stock markets traded higher Wednesday, on optimism that the global vaccination program will lead to a prompt economic recovery, while attention turns to the annual U.K. budget statement.

Europe has been hit very hard by the Covid-19 pandemic. However, confidence is growing that the second half of the year will see strong growth as the region’s economies reopen, even if many European countries have been slow in implementing their vaccination programs.

The European Union aims to increase the region’s vaccine production capacity to 2-3 billion doses per year by the end of 2021, Industry Commissioner Thierry Breton was quoted as saying in the Italian press on Wednesday.

Britain has suffered the biggest death toll in Europe and the restriction measures put in place to combat the virus resulted in the mainly services-based economy shrinking by 10% last year, its worst slump in three centuries.

Against this backdrop, Finance Minister Rishi Sunak has been tasked with steering the country through what the government has said will be the final stages of these restrictions, while avoiding any further damage to battered public finances. He will announce his plans on how to do this in a budgetary statement later Wednesday.

Elsewhere, China’s services sector activity grew at its slowest pace in ten months in February, following another Covid outbreak at the start of the year. By contrast, India‘s grew at its fastest in a year.

February services PMI data for much of Europe are expected later in the session, and are also expected to suffer a step backwards given the restrictions currently in place throughout the continent.

In corporate news, Stellantis (MI:STLA) stock rose 2% after the automaker, formed in January through the merger of Fiat Chrysler and PSA Group, said it’s aiming for a profit margin of 5.5%-7.5% this year.

British insurer Hiscox (LON:HSX) stock slumped over 12% as it posted a huge loss for 2020 and continued to withhold its dividend.

Thursday sees the Organization of the Petroleum Exporting Countries and allies, a grouping known as OPEC+, get together to discuss global supply. The market widely expects them to raise output, probably by around 1.5 million barrels per day, given the recent price rises and generally positive oil market outlook.

Official data from the U.S. Energy Information Administration are due later in the session.