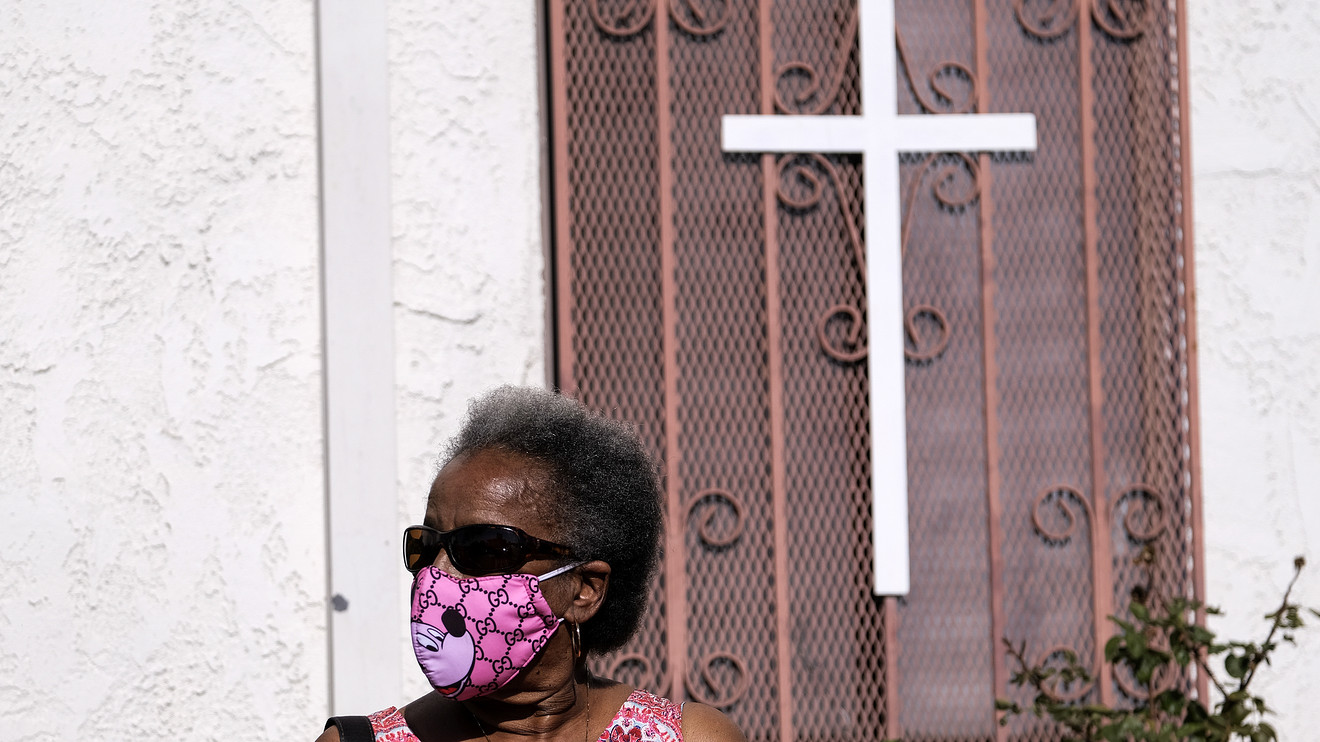 Do you want to double mask in a hurry? Do you want to do your best to ensure that you don’t catch COVID-19, pass it on to a vulnerable friend or relative? And would you rather not pay money on Amazon AMZN, -0.96%  for another face mask that could take weeks to arrive? Do you need to go to the supermarket in a hurry, but you don’t have a second mask?

Dr. Anthony Fauci, the director of the National Institute of Allergy and Infectious Diseases who is part of President Biden’s coronavirus task force, told NBC’s Today Show that he advocates double masking. “It just makes common sense that it likely would be more effective,” he said. “That’s the reason why you see people either double masking or doing a version of an N95.”

There is one quick option. Use a homemade balaclava mask over your existing mask to provide several extra layers of cotton. Ronit Bose Roy, a Mumbai-based Twitter TWTR, -2.27%  user whose near-330,000 followers include Salman Rushdie, showed the world how to fold a T-shirt into a face mask in 30 seconds. His video has received more than 1.9 million views.

Step 1: Pull the T-shirt over your head until the neck opening lines up with your nose.

Step 2: Fold the bottom of the shirt up once, and double-fold it down across your face.

Step 3: Criss-cross the back of the T-shirt once and pull up over the top of your head.

The Moneyist:We were friendly with our neighbors for decades, until recently. One day, they introduced us to their financial adviser…

Do masks work, even if you use thick cotton folded three times over your nose and mouth? Studies have concluded that face masks have helped reduce contagion by reducing droplets being sprayed into the air during flu season. Another Japanese-based study says this works when paired with vaccination, but a vaccine has not yet been approved for the virus that causes COVID-19.

As of Friday, COVID-19 had infected more than 100 million people worldwide, which mostly does not account for asymptomatic cases, one of the major ways in which the virus has spread around the world so quickly. The virus had killed nearly 2.2 million globally, including at least 425,406 in the U.S. The U.S. has the world’s highest number of COVID-19 cases (25.4 million).

The Dow Jones Industrial Average DJIA, -1.85%, S&P 500 SPX, -1.83%  and Nasdaq Composite COMP, -1.90%  were lower Friday, amid concerns over the efficacy of new coronavirus vaccines against virus variants, reports showed that lockdown measures are taking an economic toll in Europe, and Biden’s proposed new round of fiscal stimulus running into opposition in the Senate.

Novavax NVAX, +65.58%  said late Thursday its vaccine candidate, which has a different mechanism to the ones already authorized in the U.S. — appears to be 89% effective, based on the early data from a U.K. trial involving 15,000 patients. However, the company said it did not work as well for the new variants circulating in the U.K. and South Africa.

BioNTech SE BNTX, +3.98% and Pfizer PFE, -0.18% vaccines showed 95% efficacy. Moderna MRNA, +8.31%  said its own candidate was 94% effective. A vaccine candidate from AstraZeneca AZN, -2.46%  and the University of Oxford also showed an average efficacy of 70% in a pooled analysis of interim data, according to a study published in December.