Home
Stocks
Key Words: ‘The incoming Biden administration will be facing a mounting — not waning — crisis’
Prev Article Next Article
This post was originally published on this site 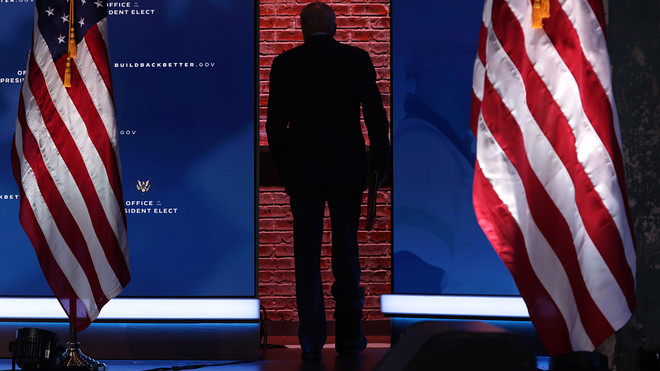 “ ‘With growing COIVD-19 cases and falling employment, the incoming Biden administration will be facing a mounting — not waning — crisis.’ ”

In November, the number of job openings softened to 6.5 million from 6.6 million the previous month, according to the Bureau of Labor Statistics released Tuesday, while hires were essentially unchanged, increasing to 5.98 million from 5.91 million. Layoffs rose to 2 million to 1.7 million on the month, an increase described as “troubling” by the Economic Policy Institute, a progressive think tank.

“The latest congressional relief bill is an important step toward addressing some of this pain, but it is not at the scale of the problem. I’m hopeful that more relief measures are on the horizon for increasingly desperate workers and their families. Senate Republicans forced the December bill to be far too small,” said Elise Gould, senior economist at the EPI.

“The U.S. economy is seeing a significantly slower hiring pace than we experienced in May or June — roughly where it was before the recession, which is a big problem given that we have only recovered just over half of the job losses from this spring,” the EPI said. “And job openings are now substantially below where they were before the recession began.

Also see: The Moneyist — the ethics and etiquette of your financial affairs

However, the Bureau of Labor Statistics data only covers through November, so is likely rosier than the actual jobs landscape. “It doesn’t even capture December’s job losses, which were substantial. With hiring and job openings at these levels, the economy is facing a long, slow recovery without additional action from Congress,” Gould added. The job losses, thus far, have been concentrated in the services sector, signaling a two-tired economic and jobs recovery.

But people are, of course, suffering economically. At the height of the pandemic in March, more than 30 million Americans were laid off or furloughed when the economy shut down to curb the spread of COVID-19. The unemployment rate at that point was 14.7%; it has since come down to 6.7%. The leisure and hospitality industries have been particularly hit hard by the pandemic.

U.S. bars and restaurants got crushed again in December. Eating and drinking establishments lost 372,000 jobs last month, marking the first decline since April when they laid off a whopping 5.4 million people, according to separate data released last week. California and New York have limited restaurant hours of operation, restricted the number of customers or bar indoor dining altogether.

The Dow Jones Industrial Average DJIA, -0.09%, S&P 500 SPX, -0.34%  and Nasdaq Composite COMP, -0.21%  had a tumultuous 2020, but they opened higher Tuesday as investors weighed the likelihood of a more generous stimulus under incoming President Joe Biden amid increased risk of more political unrest after the siege on the U.S. Capitol by supporters of President Donald Trump last week.