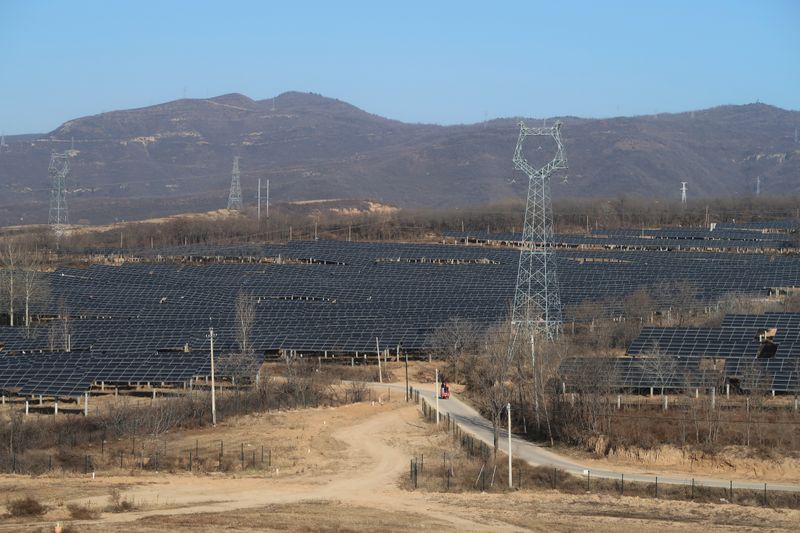 A slew of mutual fund houses are following suit, with Yinhua Fund Management Co raising money for a rival product this week while Tianhong Asset Management Co plans to launch an index fund that invests in solar power companies next Monday. More green energy funds are in the pipeline.

“Renewable energy is the only option for the human race in the combat against climate change,” said Richard Pan, portfolio manager at China Asset Management Co (ChinaAMC).

President Xi has vowed to make China, the world’s biggest emitter of carbon dioxide, carbon neutral by 2060. The commitment will require more than $5 trillion of investment in renewable power and other sectors, consultancy Wood Mackenzie estimates.

Xi also pledged to raise wind and solar capacity to 1,200 gigawatts by 2030, more than double the current level.

Investors are also encouraged by the fact that technological advances helped slash solar production costs by 90% over the past decade, weaning the industry off government subsidies, said Liu Xiaoming, who will manage Tianhong’s new photovoltaic fund.

But soaring stock prices are fuelling fears of a bubble, with China’s new energy index already jumping over 8% in the first two trading days of 2021.

“We’re seeing too much exuberance.”