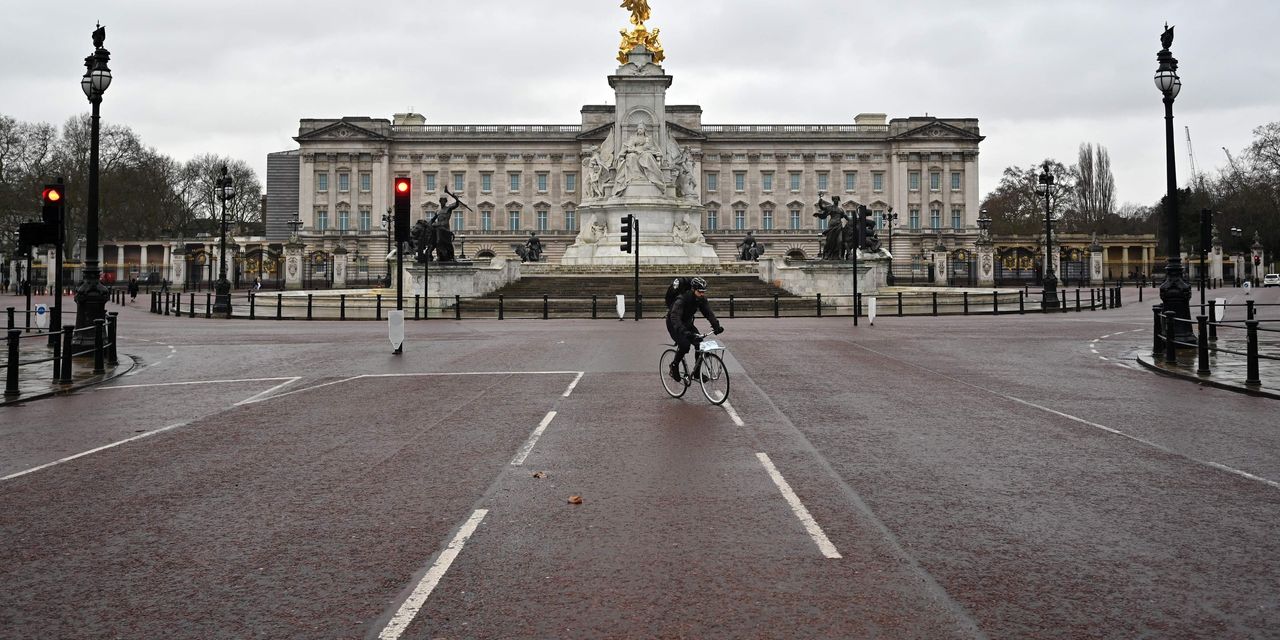 London markets kept their heads above water on Tuesday, as England plunged into a third national lockdown to stem the spread of COVID-19, with the government revealing its new package of business support.

Both benchmarks outperformed their equivalents on the continent, Frankfurt’s DAX DAX, -0.96% and the CAC 40 PX1, -0.93% in Paris, buoyed by a rise in oil stocks and a fall in the pound GBPUSD, +0.17%, according to analysts.

And this: England in lockdown: Everything you can and can’t do

Scotland, Wales, and Northern Ireland are in similar lockdowns, as the presence of a new, more infectious variant of coronavirus in the U.K. continues to drive up infections.

Chancellor of the Exchequer Rishi Sunak announced a £4.6 billion ($6.25 billion) package of new business grants on Tuesday morning, allowing businesses in the retail, hospitality and leisure sectors to receive a one-off grant worth up to £9,000.

There will also be an additional £594 million discretionary fund to be made available to local authorities to support other businesses.

“Quite a few U.K. domestic businesses saw their shares sell off yesterday afternoon amid speculation about what Boris Johnson might announce in his evening speech, so an element of the bad news was already priced in before markets opened today,” said Russ Mould, an analyst at AJ Bell.

“Nonetheless, given the severity of the lockdown restrictions announced by the prime minister, one might have expected a repeat of last year’s trends with lockdown losers slumping on the stock market and beneficiaries rallying. That is not entirely the case this time round,” Mould added.

Plus: Europe hopes next COVID stimulus will be the last

A standout in London trading was fashion retailer Next NXT, +5.93%, with those shares surging near 10% to a record high before paring gains. The first nonfood retailer to report on Christmas trading said sales in the nine weeks to Boxing Day (Dec. 26) were far better than expected.

“Next has cemented its position as the ‘must-have’ retail stock in a U.K.-centric portfolio,” said Chris Beauchamp, an analyst at IG.

CMC Markets analyst David Madden noted that “these stocks could be in for high volatility today seeing as OPEC+ [Organization of the Petroleum Exporting Countries and its allies] are due to make their announcement with respect to output later on, as yesterday’s meeting ended without an agreement.”

Associated British Foods ABF, -1.80% stock dropped close to 3%, as its fashion chain Primark — which doesn’t offer online shopping — will see its stores close in England for at least a month and a half.

Shares in Pearson PSON, -2.96%, the publishing and education giant, fell close to 3% as schools head online and A-level and GCSE exams for secondary students are set to be canceled this year, according to reports. The closure of educational testing centers in the first lockdown hurt the company’s profits.