Home
Stocks
: Pence to make eleventh-hour ‘faith community’ appeal on behalf of Georgia Republicans Loeffler and Perdue
Prev Article Next Article
This post was originally published on this site 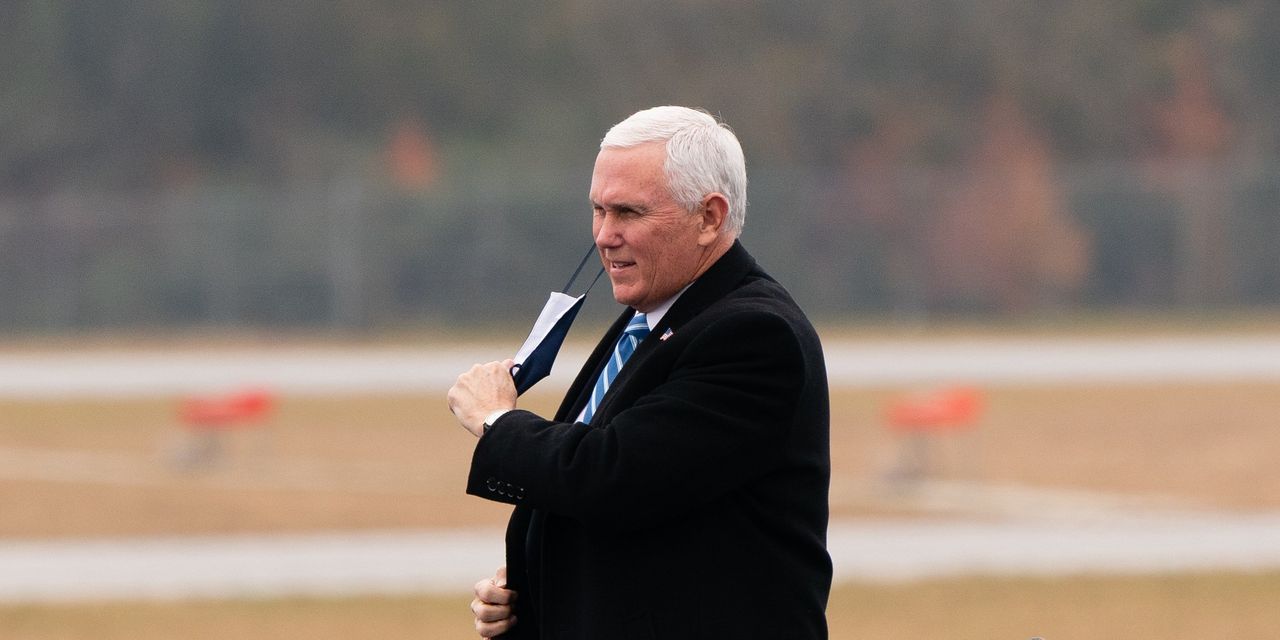 Pence, who asked a federal judge in Texas on Thursday to dismiss a Republican congressman’s attempt to empower him to decide which electoral votes to count when Congress meets on Jan. 6, is scheduled to campaign on behalf of incumbent Republicans Kelly Loeffler and David Perdue at Rock Springs Church, an evangelical church in Milner, Ga., 45 miles south of Atlanta, on Monday, the same day Trump is slated to speak in Dalton, in northwest Georgia. (Perdue is now isolating after a reported exposure to a campaign worker who tested positive for COVID-19.)

Biden and Harris will be in Georgia to campaign for the Democratic challengers, Jon Ossoff, a documentary film producer, and Rev. Raphael Warnock, the pastor at historic Ebenezer Baptist Church in Atlanta.

Biden, whose presidency stands to be dramatically impacted by the results of the rare dual runoffs on Tuesday, will speak in Atlanta, a day after Harris appears in coastal Savannah.

See: Biden to campaign in Atlanta on eve of Georgia’s Senate runoffs

With just these two Senate races yet to be decided, Republicans hold a 50-seasts-to-48 edge. A Democratic sweep on Tuesday would put tie-breaking Senate votes in the hands of Harris, who has represented California in the Senate since 2017 and formally becomes the president of the chamber with her inauguration as vice president. (California Secretary of State Alex Padilla has been tapped to complete Harris’s term.)

The Pence event in Milner is being described as a “call to action” for the “Georgia faith community.”

Early voting numbers have been on a record-breaking pace, and in smaller north Georgia counties like Lamar County — where Milner is located — the votes are heavily in favor of the Republicans Perdue and Loeffler.

According to GeorgiaVotes.com, with its population of 13,061, Lamar County had nearly 9,000 votes cast in the November election, with 70% going to Trump in the presidential race. Driving up numbers in such counties for Loeffler and Perdue could help neutralize Democratic enthusiasm in a state carried by a Democratic presidential candidate for the first time in decades and buttressed by the newly registered voters that have recently registered.

More than 3 million Georgia voters cast ballots during the early-voting period that ended on New Year’s Eve, a new record for a Georgia runoff, according to the Atlanta Journal-Constitution.

Lamar County’s residents are 70% white, and 74% are 50 or older — numbers that in Georgia typically point to support for Republican candidates.

Read on: Here’s why the Georgia runoff elections for the U.S. Senate could turn into a ‘big deal’ for markets