Home
Stocks
Market Extra: The Dow just clinched its fastest bear-market recovery in 30 years
Prev Article Next Article
This post was originally published on this site 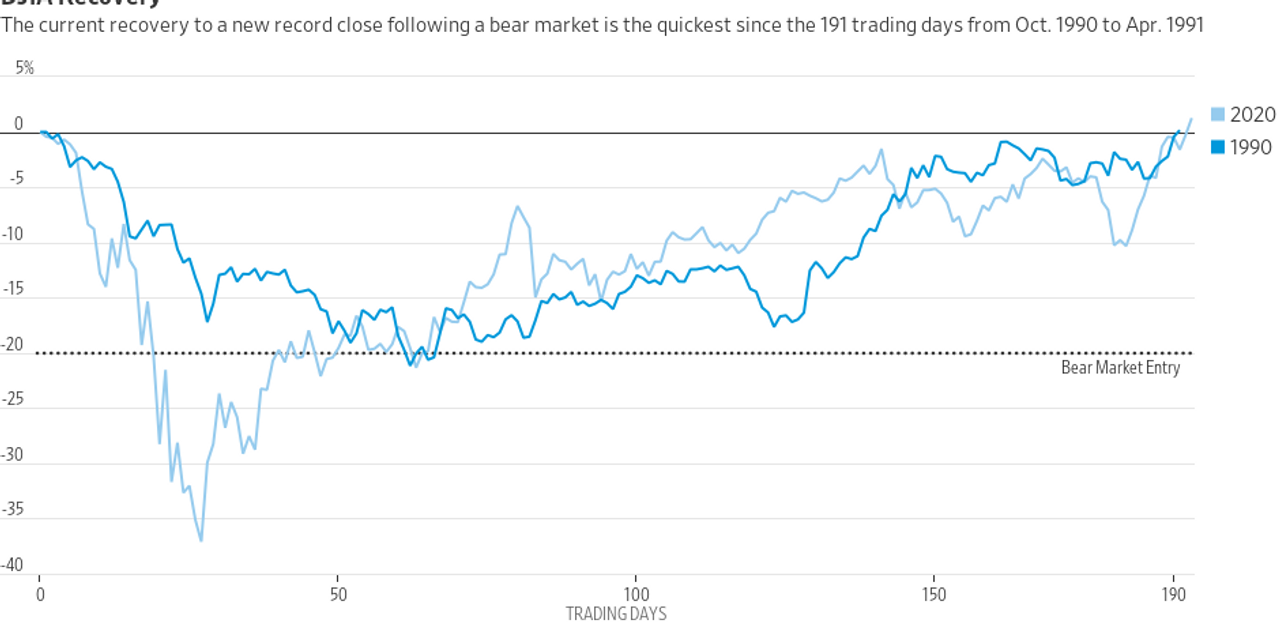 The Dow Jones Industrial Average on Monday notched its first all-time high since February, ending a relative fallow period for the blue-chip benchmark, which was hit hard by the COVID-19 pandemic relative to its peers.

But the climb still represents the fastest rebound from a bear-market low for the benchmark in about three decades, according to Dow Jones Market Data.

This recent run is a comparatively breakneck rebound for the blue-chip index, with the average recovery from a bear market to a fresh all-time high for the Dow, on average, spanning 1,483 trading days.

The prospective record for the Dow, however, comes weeks after its rival benchmarks have rebounded mightily and far more rapidly from their coronavirus-induced lows.

The S&P 500 SPX, +1.16% traversed 126 trading days from its bear-market low before achieving a record high on Aug. 18, marking the fastest such rebound on record. Meanwhile, it took the Nasdaq Composite Index COMP, +0.80% a mere 76 trading days on June 8 to carve out a fresh all-time closing high since putting in its bear market on March. That marked the tech-heavy index’s quickest rebound from a bear market since March 2009.

So far, the Dow has climbed 60.5% since its March 23 bear-market nadir, the S&P 500 index has gained nearly 62%, while the Nasdaq Composite has soared over 73% over the same period.

The rebound for the Dow, however, also comes as the benchmark is approaching a psychological milestone at 30,000, which may also confirm to bulls that the overall stock market is on a decided upswing.

The equity market’s moves to start the week were at least partly prompted by a report from Moderna MRNA, +9.57%, which said its COVID-19 experimental vaccine cut COVID-19 infections by 94.5%. The company said it plans to submit an Emergency Use Authorization with the U.S. Food and Drug Administration in the coming weeks.

That vaccine reports comes a week after Pfizer PFE, -3.34% and BioNTech SE BNTX, -13.66% on Nov. 9 announced that their vaccine candidate was more than 90% effective in preventing COVID-19 infections in a late-stage trial.

The gains also come with more certainty emerging around the 2020 presidential elections. Former Vice President Joe Biden was the victor against President Donald Trump in the Nov. 3 election, perhaps easing some of the market’s worries about a disputed outcome despite Trump’s refusal to concede. 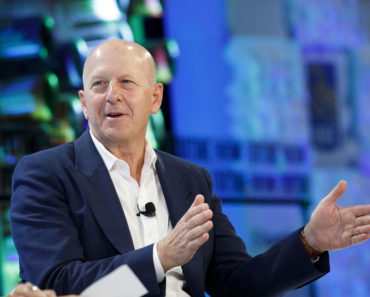