Home
Stocks
The Fed: Fed’s Williams says recent rise in Treasury yields is due to vaccine news, not inflation concerns
Prev Article Next Article
This post was originally published on this site 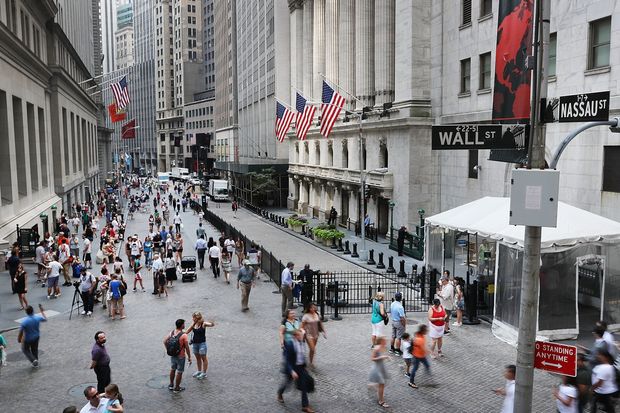 Bond yields have moved higher this week as financial markets digested positive news about the development of a vaccine for COVID-19 and not about worries about a spike in inflation, said New York Fed President John Williams on Friday.

“My interpretation at least is some of this response is not really about inflation taking off – we don’t see that in the market-based or survey-based measures of inflation expectations, it is more about a more positive view about the economy outlook, or to be more precise, some of the tail risk seems to have gone away,” Williams said in a conversation hosted by the Financial Times.

But historic standards yields are still quite low, he added.

The 10-year Treasury note yield TMUBMUSD10Y, 0.880% jumped close to the 1% level earlier this week before sliding back on Thursday.

Williams said the economic indicators point to an economy on a positive trajectory, but the very large rise in COVID-19 cases in the U.S. recently “puts a question mark on the ability of the economy to weather this period.”

Economic growth in the fourth quarter and early next year will slow somewhat, the New York Fed president said.

This outlook fits neatly with the forecast that Fed Chairman Jerome Powell gave on Thursday, who said the vaccine was good news over the longer-term for the economy but that the short-term remained a concern.

Asked about a Goldman Sachs report warning of higher inflation and a significant steeping of the yield curve next year, Williams said he was seeing “downward pressure” on inflation.

“The real issue that we’re going to be dealing with is inflation that is a little bit lower than we want over the next few years, not really high…even with some positive signs on vaccines,” he said.

The Fed has forecast that it will hold its policy interest rates near zero at least until the end of 2023. Williams stressed this was not a pledge but the best guess at the moment based on the outlook.

“If things work out a lot better than a lot of people expect and we get really good news, obviously that is going to be a stronger economy and that is going to pull forward somewhat the time we could expect to raise interest rates,” Williams said.

The converse is also true and bad news would delay any interest rate increases.

Futures for U.S. equity markets pointed to a higher open on Friday. The Dow Jones Industrial Average DJIA, -1.08% is up 2.7% for the week so far.