Home
Market
Wall Street executives fret as U.S. presidential election is too close to call
Prev Article Next Article
This post was originally published on this sitehttps://i-invdn-com.akamaized.net/trkd-images/LYNXMPEGA30FC_L.jpg 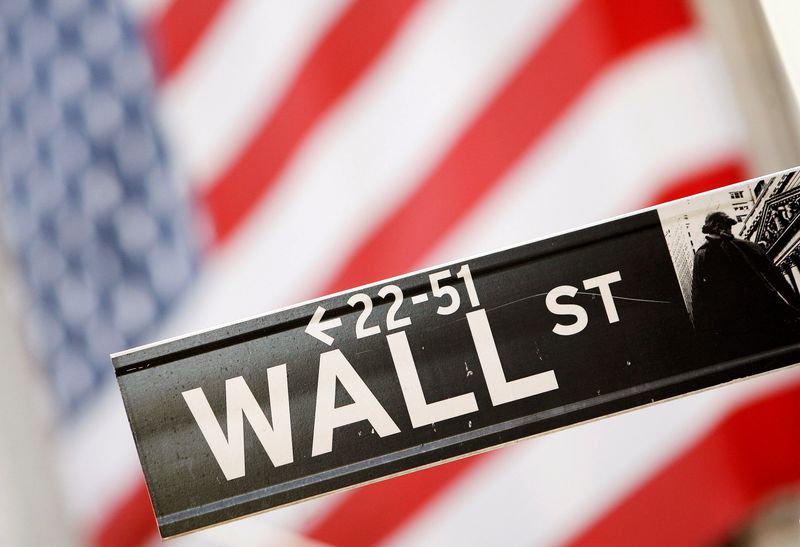 NEW YORK (Reuters) – Wall Street and financial industry executives urged caution on Tuesday evening as no clear winner emerged in the hours after polls closed in the 2020 U.S. presidential election, threatening a drawn-out count that keeps markets and businesses hanging.

While Republican President Donald Trump has handed the financial industry huge tax breaks and deregulatory wins, his first term has also been marked by volatility and unpredictability, particularly in international trade.

This year, the administration’s uneven response to the coronavirus pandemic came under criticism. The U.S. economy slumped, with markets gyrating wildly and unemployment skyrocketing, as cities and states took different approaches to lockdowns to stop the spread of the virus.

Wall Street has been leaning left this election, with Democratic challenger Joe Biden outstripping Trump in financial industry fundraising. While many executives said they did not support all of Biden’s policies, they believed he would be more predictable and better for the country.

“This is a vote for the soul of our nation. Who we really are. Who we aspire to be,” Mike Novogratz, chief executive of New York-based Galaxy Digital and a major Democratic donor and fundraiser, tweeted early on Tuesday.

“Have to admit a feeling of Deja vu. Don’t like it. Still early though,” he tweeted later as results started to roll in.

Early on Wednesday, Trump was poised to take the vital battleground state of Florida and was leading in other swing states, but Biden pinned his White House hopes on Arizona and a “blue wall” of three Rust Belt states – Pennsylvania, Michigan and Wisconsin – that could take days to count their votes.

Global investors late on Tuesday began reversing some Biden trades that had prompted a jump in Wall Street’s main indexes earlier in the day, although investors warned it was still too early to predict the election outcome.

Analysts expected record voter turnout, especially through mail-in ballots, which means it could take days to get certainty about a final tally. Both Trump’s and Biden’s teams were prepared to litigate the outcome.

Investors and fund managers said they were expecting a long night. Max Gokhman, the head of asset allocation at Pacific Life Fund Advisors, said he was working from his home in California with a glass of bourbon and a cold brew coffee and not expecting to get any sleep as he pores over computer models.

Anthony Scaramucci, a hedge fund industry executive who spent 11 days as Trump’s communication director in 2017 and has long voted for Republicans, said after many polls closed on the East Coast that the race would likely be closer than he initially thought but that he still expected Biden to win. Scaramucci said he voted for the Democratic nominee.

“Yes, he can win and it will be very good for stocks. Wall Street was already expecting a blue wave, which ignited the recent gains, a market rally based on a Biden victory.”

In anticipation of possible protests, some buildings and stores were boarded up in cities including Washington and New York. While there were few signs of disruptions or violence at polling sites on Tuesday, some finance executives said it was too soon to rule out civil unrest.

The U.S. stock market has risen 48.8% during Trump’s tenure through Tuesday’s close, according to the S&P 500 Index, which he has frequently cited as a measure of success.

Policy-wise, the Trump administration has focused on lower taxes, deregulation and rethinking the U.S. position on global trade agreements in order to boost domestic manufacturing.

Trump has not been uniformly loved, however, by the financial industry. He has attacked corporate leaders, including JPMorgan Chase (NYSE:JPM) & Co CEO Jamie Dimon, and close Wall Street associates have distanced themselves from Trump as he came under fire over his handling of the pandemic and racial justice protests.

Biden has called for higher corporate taxes, tougher regulation and a less combative stance with trade partners. The financial industry is also worried about an enforcement crackdown and an emboldened consumer watchdog, which Trump had diminished.

The former vice president has cast himself as someone who will unify the country and has aligned himself with progressive politicians fiercely critical of Wall Street. But many financial executives and their Washington operatives said they were less worried about Biden than a second dose of Trump chaos.

Still, some young Republican finance executives who had donated to Trump said they were looking forward to his victory.

Charles Kolean, a 25-year-old investment industry worker who spent months raising cash to re-elect Trump, was in a celebratory mood, having reserved a chunk of a Dallas bar where he and some 100 young friends planned to toast another four years for the president.

“The perfect storm is coming together to make Donald Trump a two-term president.”