Home
Market
Brace for take off: Berlin's much-delayed airport to open in industry crisis
Prev Article Next Article
This post was originally published on this sitehttps://i-invdn-com.akamaized.net/trkd-images/LYNXMPEG9T14O_L.jpg 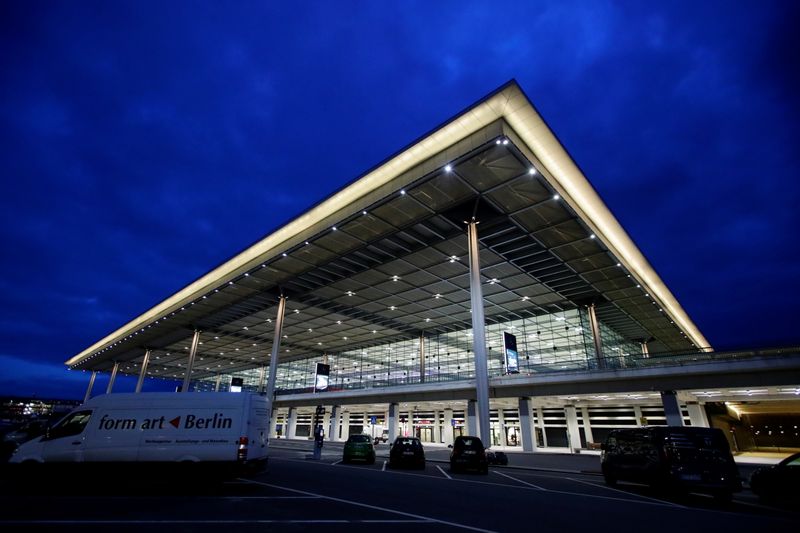 BERLIN (Reuters) – After 14 years of construction and six delayed openings, Berlin’s new airport is due to welcome its first passengers on Saturday. But the timing could not be worse.

The COVID-19 pandemic has plunged the global aviation industry into its deepest ever crisis, and recovery is not expected for at least a couple of years.

That has left the new airport, originally called Berlin Brandenburg Airport but now known by its code BER, looking for extra funds to help pay its debts.

Built on the site of Schoenefeld airport in former East Berlin, BER has been beset by problems. The construction planning company went bankrupt; fire doors, cabling and sprinklers had faults; and costs ballooned to 6 billion euros ($7.1 billion) from an initial budget of 2 billion.

The setbacks further dented Germany’s reputation for efficiency following long delays on other high-profile projects, such as the Elbphilharmonie concert hall in Hamburg.

“The FBB will not be able to earn the money it needs to pay its debt in the foreseeable future,” said Hansrudi Lenz of Wuerzburg University.

At the end of 2019, FBB owed banks and its owners – the German federal government and the states of Berlin and Brandenburg – 4.1 billion euros.

That compares with 416 million euros of revenues in 2019 from Schoenefeld and Tegel, Berlin’s existing two airports.

Even before the pandemic, BER wasn’t expected to deliver a big revenue boost, as it mainly replaces the two older airports.

“We have a serious situation,” FBB supervisory board chief Rainer Bretschneider said this week, adding the group was in talks with its owners about fresh financial support.

Economists say FBB will need grants, restructuring, a strategic investor, equity from its owners – or a combination of these – to put it on a solid financial footing.

Finding investors could be tough, though, as Berlin is not an international hub and other airport operators, also hammered by the crisis, are not in a position to think about deals, said Mainfirst analyst Johannes Braun said.

FBB’s Bretschneider said the priority for now was getting through the pandemic.

“We need to get out of the crisis and need to … dress up the bride, then we can talk about a sale or a stake sale,” he said.