Home
Stocks
Bracing for a cold winter, New Yorkers don’t hold out much hope that the city will recover from COVID-19 anytime soon
Prev Article Next Article
This post was originally published on this site

New Yorkers who did not flee the city are hunkering down for the winter.

These are key findings from a survey of the public perceptions and experiences of 1,000 New York City residents conducted by the CUNY Graduate School of Public Health & Health Policy. They were polled from Sept. 25 to Sept. 27. The same panel of respondents will be surveyed following the Nov. 3 presidential election and again in January 2021, the researchers said.

“In the face of this pandemic, it is encouraging that so many people continue to maintain their hope, a great sign of our resilience as New Yorkers,” said CUNY Office of the Dean Ayman El-Mohandes. “However, New Yorkers are aware that COVID-19 remains a serious public-health threat, and they must recognize that its toll has been felt unequally among people of color and limited means.”

The impact of COVID-19, the disease caused by SARS-CoV-2, continues to weigh most heavily on people of color in New York in relation to jobs, housing and food. Among those who lost their jobs during the pandemic, 48% of Latinx, 44% of Blacks, and 47% of Asian Americans remain unemployed compared to 21% of white respondents, the CUNY survey found.

Dispatches from a Pandemic: New York is reminiscent of the Wild West ghost town of my youth — our city’s future depends on our collective fortitude

Promoting his book, “American Crisis: Leadership Lessons from the COVID-19 Pandemic,” Gov. Andrew Cuomo (Dem., N.Y.) told NPR in an interview, “We went through the first half. We were ambushed by the virus. Everybody missed it. The federal government missed it. It wreaked havoc.” He said the battle against COVID-19 is ongoing: “This is not going away.”

Among the 6% naysayers who don’t hold out much hope for the city is James Altucher, an author and former hedge-fund manager (and a former MarketWatch columnist), who wrote in August that New York City is “dead forever” as its residents reacted to the coronavirus pandemic. “I love NYC. When I first moved to NYC, it was a dream come true,” he wrote in a blog post.

Altucher wasn’t alone, of course. The New York Times in June asked the “agonizing” question: “Is New York City worth it anymore?” amid a mass exodus of an estimated 420,000 residents between March and May, when the coronavirus had reached its peak in the city, and the sound of ambulance sirens echoed across empty streets on a daily, even hourly, basis.

While some people found Altucher’s predictions provocative, an estimated 735,000 households in New York City have lost employment income due to the economic impact of COVID-19, according to the NYU Furman Center, a group that advances research and debate on housing and urban policy. Black and Hispanic households in the city have been particularly hard hit.

Prices for apartments in New York City have fallen, and had been in decline for the third consecutive year even before the coronavirus pandemic. “Prices have been falling now for the third year in a row,” according to Nancy Wu, an economist at Zillow subsidiary StreetEasy. Sales are closing at around 10% lower than the asking price in recent months, she told MarketWatch. 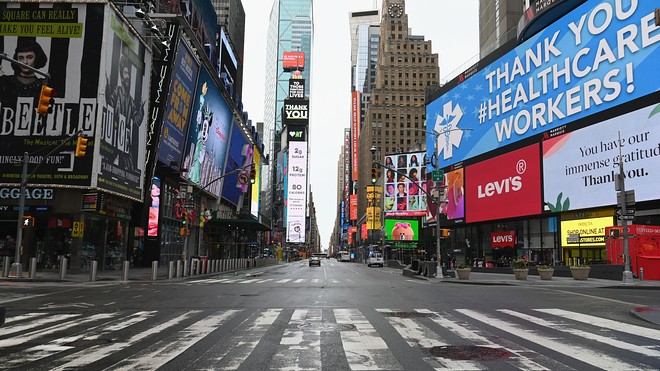 A majority of respondents (70%) said they planned to stay in the city and continue to work and/or look for a new job while the city gets back on its feet, a survey from CUNY concluded. (Photo: New York, April 2020 by Angela Weiss/AFP via Getty.)

There are approximately 13,000 vacant apartments across Manhattan, according to a recent report by Douglas Elliman and Miller Samuel Real Estate Appraisers & Consultants. A year ago, that number was less than half that (5,912). What’s more, new lease signings plummeted by about 23%, resulting in a drop in rental prices.

Millions of Americans are hoping that the proposed $3 trillion Heroes Act coronavirus relief bill, currently stalled in Congress, or some other aid will provide rent relief on a scale of magnitude that only the federal government can provide. New York State’s Tenant Safe Harbor Act, passed on June 30, prohibits courts from evicting residential tenants for nonpayment due to coronavirus.

However, not all New Yorkers can afford to leave, while many white-collar workers can work remotely. Some 44% of New Yorkers who earn $100,000 a year or more say that they have considered relocating outside the city within the past four months, a separate survey conducted last month carried out by the Siena College Research Institute, a polling company, found.

The Broadway League, the trade group that represents theater owners and producers, has said that Broadway performances would be canceled through May 30 next year because of the coronavirus outbreak. Theaters are offering exchanges and refunds for tickets purchased for performances through then. Nearly 16% of Broadway theatergoers are over the age of 65.

Dispatches from a Pandemic: Letter from New York, the quiet epicenter of coronavirus: ‘The streets are virtually empty, but the birds go on singing’

As of Thursday, COVID-19 had infected 38.5 million people worldwide, a number that mostly does not account for asymptomatic cases, and killed more than 1.09 million people. The U.S. still has the world’s highest number of cases (7.9 million), followed by India (7.3 million), Brazil (5.1 million) and Russia (1.3 million), according to data aggregated by Johns Hopkins University.

Dr. Anthony Fauci, the director of the National Institute of Allergy and Infectious Diseases and an expert in infectious diseases for the last four decades, told CNBC’s Shepard Smith this week that was more critical than ever to do these five things: wear a mask, social distance, avoid crowded spaces, do things outdoors where possible, and wash your hands frequently.

“I think we’re facing a whole lot of trouble,” Fauci said. “We have a baseline of infections now that vary between 40,000 and 50,000 per day. That’s a bad place to be when you’re going into the cooler weather of the fall, and the colder weather of the winter. In addition, we would like to see the percent positivity be coming down.” More than 216,900 people in the U.S. have died from COVID-19.

Some New Yorkers, however, remain optimistic. “Doubtless, New York City is down and reeling: More than 32,000 souls perished in the dark months when New York state was the epicenter of the coronavirus pandemic,” Matthew Conlon, an actor, wrote in a Dispatches for MarketWatch in August. “The loss and fear were traumatizing.”

“The bemoaning of a lost New York City of sensory indulgence ignores the wealth of history of the city I revere: the city of inclusion, of the great societal advances that followed the Triangle Shirtwaist Fire and the Great Depression,” Conlon said. “New York and New Yorkers don’t kick her when she’s down. We roll up our sleeves and help.” 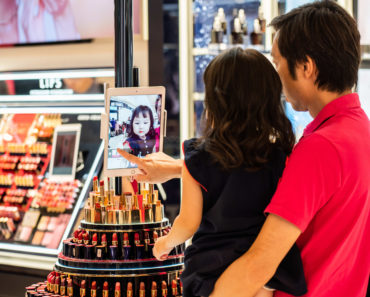