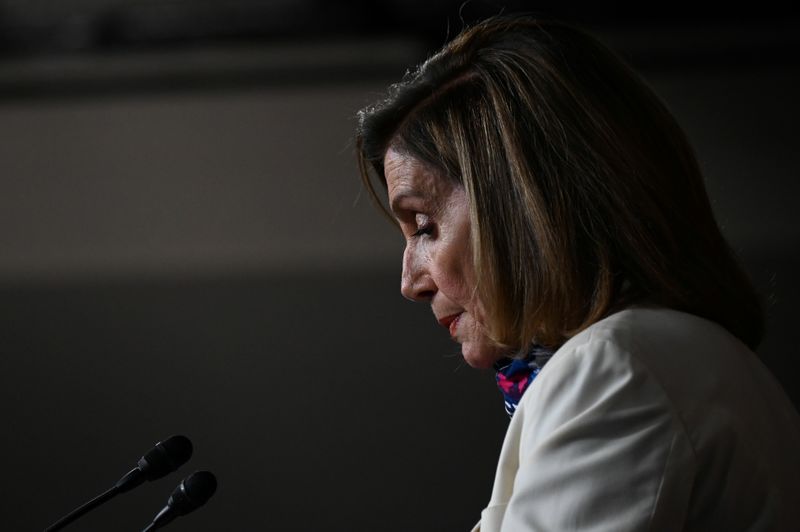 “He should not be dealing with it politically to make it look like he overcame the virus because he had such good policies, because in fact he has been very destructive and dangerous to the country,” she said.

A Democrat, Pelosi said she hoped Monday’s decision to release the Republican Trump from his hospital stay for the virus came from his doctors. A bit later, the doctors said he would have good medical care at the White House.

Pelosi told MSNBC that Trump could be a “long hauler,” someone who experiences longer-term consequences. She said the testing protocol at the White House, where several of Trump’s aides have also fallen ill, “apparently … doesn’t work.”

Before he was due to leave the hospital on Monday, Trump urged people not to be afraid of the disease, which has killed more than a million people worldwide and wreaked economic and social havoc.

“Don’t be afraid of Covid. Don’t let it dominate your life. We have developed, under the Trump Administration, some really great drugs & knowledge. I feel better than I did 20 years ago!” he wrote on Twitter.

Trump was eager to get out, a source familiar with the situation told Reuters earlier on Monday. His doctor said the president “may not entirely be out of the woods yet.”

Pelosi said she tested negative on Friday. Her spokesman said her test on Monday also was negative.

“We will do what we need to do to protect the members of Congress,” Pelosi told MSNBC, but she did not announce any new testing protocols. “Most of the people in our world who have come into contact and have been, tested positive, did not get the virus at the Capitol. It was in other encounters, including at the White House.”