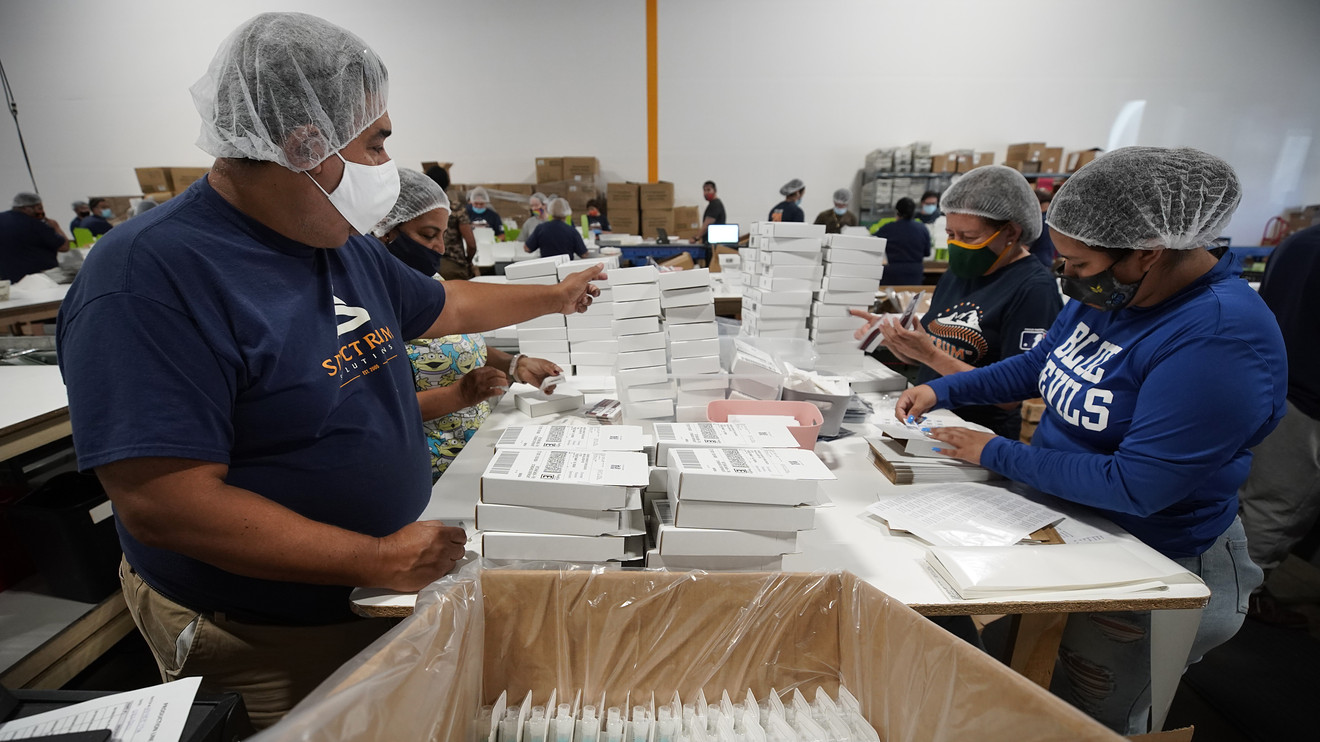 The numbers: The record decline in the U.S. economy in the early stages of the coronavirus pandemic was lowered slightly to a 31.4% annual pace — setting the stage for a big rebound in the third quarter.

The decline in gross domestic product, the official scorecard of the U.S. economy, was previously put at 31.7% during the months of April, May and June.

The economy has been on a comeback since the start of the summer and GDP is expected to show a big snapback in the third quarter. Economists polled by MarketWatch predict the U.S. is likely to expand at a record 25% annual clip during the July-to-September time frame. Third-quarter GDP will be released at the end of October.

Even a rebound of that size, however, will leave the economy in a shrunken state compared to before the pandemic began in March. Most economists think a full recovery could take a few years.

GDP is a health report of sorts for economy, measuring consumer spending, business investment, government outlays and other contributors to growth.

Previously GDP had never shrunk by more than 10% on an annualized basis in any quarter since the government began keeping track after World War Two.

What happened: Consumer spending, the main engine of the economy, contracted by a slightly revised 33.2% annual clip in the spring, the government said Wednesday.

Business investment in structures and equipment each sank by a more than 30% rate in the second quarter. Both were record declines.

The level of inventories fell by a $206.1 billion annual rate in the second quarter, little changed from the prior estimate.

Federal spending jumped by a revised 16.4%. The government spent trillions to help households and businesses get through an economic lockdown that shuttered many companies and severely depressed growth, putting millions out of work.

Inflation as measured by the Federal Reserve’s preferred PCE price index declined by a 1.6% annual rate, compared to prior -1.8% reading.

Most other figures in the GDP report were little changed.

What matters now is how fast the U.S. grows in the final three months of the year, an outcome that could shape the nature of the recovery in the longer run.

While there are signs growth has slowed, the economy has also proven more resilient than most forecasters expected. That’s a potentially good omen.