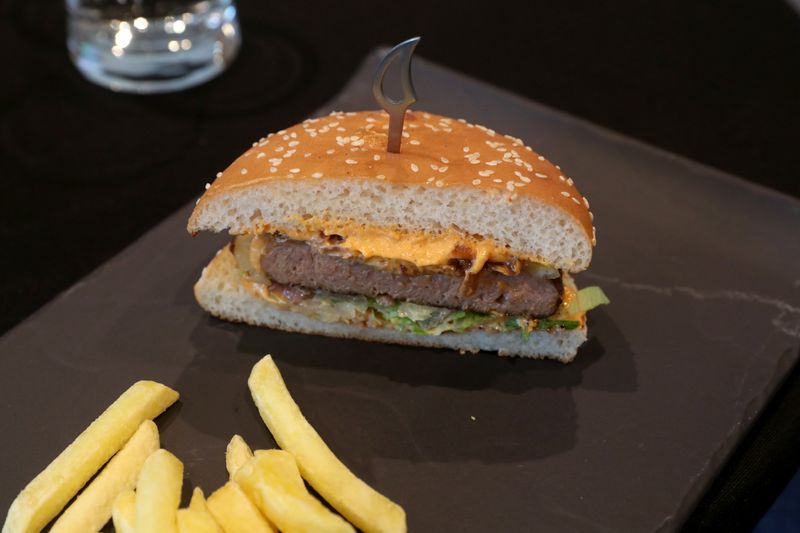 KONOLFINGEN, Switzerland (Reuters) – Demand for plant-based foods has picked up during the coronavirus crisis as consumers try to eat more healthily and problems at some factories have hit meat supplies, the head of Swiss food giant Nestle (VX:NESN) said on Monday.

The world’s biggest packaged food company is investing heavily in plant-based products as it looks to step up innovation and meet the challenge of trendy local food brands.

In the coming days, it is launching a plant-based Nesquik milk drink and a new version of its vegan burger.

“The interest in plant-based alternatives has been on the rise for a number of reasons,” Chief Executive Mark Schneider told Reuters, citing problems in the North American meat supply chain.

In the spring, about 20 meat factories were closed in the United States after thousands of coronavirus cases.

“People also have a renewed interest in personal health and losing weight as COVID particularly affects those with pre-existing health conditions,” Schneider said, following the inauguration of an R&D Accelerator at Nestle’s dairy research facility in Konolfingen near Bern.

The Accelerator will connect students and start-ups with Nestle scientists looking into new dairy products and plant-based alternatives.

Schneider said he expected prices for plant-based meat alternatives to fall over time, but added they reflected the higher cost of ingredients such as pea or soy protein.

“We want to lead in many of the segments and we’ll go as far as the market will take us,” he said, noting Nestle was working on plant-based alternatives in other categories, including chocolate and ice cream.

Major players in plant-based food include Beyond Meat (O:BYND) and Impossible Foods in the United States.