Home
Market
America’s Casinos Are Desperate for More Quarters
Prev Article Next Article
This post was originally published on this sitehttps://d1-invdn-com.akamaized.net/content/pic25bf59f3f1e2dc32c69ca30437cabad0.jpg 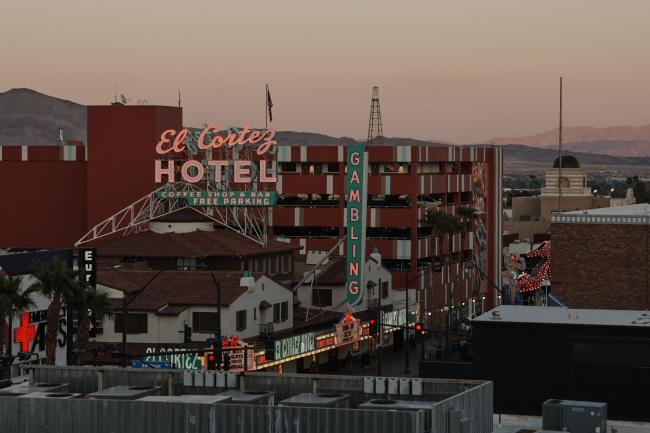 “People from all over the world come here, like a pilgrimage, to play the coin machines,” Wiesberg, El Cortez’s general manager, said in a phone interview. “When you walk in here, you’ll hear Sinatra, you’ll hear Rat Pack music and you’ll hear the coins.”

Casinos — and the banks that serve them — have been swept up in the national coin shortage, leaving many gambling venues begging customers to bring in their piggy banks and jars of change. The shortage started after the coronavirus pandemic forced many consumers to stay home, causing a dramatic slowing in the circulation of change.

Some casinos have gotten creative with their pleas. The Gun Lake Casino in Michigan told customers that if they bring in $50 worth of loose coins, they’ll receive $10 of free slot play. The D Las Vegas is home to the state’s only Sigma Derby slot machine, which lets players use quarters to place bets on five mechanical horses. The casino started a promotion called “I helped save Sigma Derby” to combat the change shortage.

The promotion has netted the casino 940 pounds of quarters in recent weeks. It’s still finding pennies and nickels scarce. While coin-operated slots are less common these days — many modern machines use a technology called “ticket-in, ticket-out” that print slips of papers that can be redeemed for cash — those that still accept coins have a retro appeal for many gamblers.

Banks, too, have sought to persuade customers to dig between their couch cushions. Wells Fargo (NYSE:WFC) & Co. branches are offering coin wrappers and encouraging clients to deposit their rolled change. The bank also exchanges paper currency for rolled coins without a fee for non-customers.

“We are actively managing our coin inventory and working with customers to meet their coin needs to the extent possible after the Federal Reserve put limitations on coin deliveries to all financial institutions nationwide,” Wells Fargo spokeswoman Beth Richek said in an email.

The Fed, for its part, says the shortage started after stores and bank branches shut their doors to stem the spread of Covid-19, leading to the coin-circulation problem. In response, the central bank has placed a temporary cap on the orders depository institutions can place for coins to ensure the supply is fairly distributed.

The U.S. Mint returned to full production in June, minting almost 1.6 billion coins that month, and is on track to produce 1.65 billion coins each month for the rest of the year.

“This is not a coin-supply problem — it’s a circulation problem,” David J. Ryder, director of the Mint, said in a public service announcement last month, asking consumers to help get coins moving again by paying for goods using exact change, turning in their coins to their banks or swapping them for bills at coin-exchange kiosks. “Every little bit helps.”

Brink’s Co., the armored-truck company that helps banks and businesses manage their currency supplies, last month began asking its 10,000 employees across the U.S. to put least $5 in coins back into circulation. “This effort alone could easily contribute another $50,000 in coin to our nation’s supply,” the company said in a post on its website.

In Las Vegas, before the pandemic forced a temporary shutdown, El Cortez kept roughly $120,000 worth of coins in its vault, Wiesberg said. The casino returned all but $30,000 in change to the bank during the quarantine.

That meant El Cortez had to spring into action when it didn’t receive its full coin order in July. It removed the 5% fee it normally charges patrons to bring in mixed coins from home, and employees began emptying machines daily instead of once a week.

Wiesberg said he was heartened when his bank let him know recently that more coins would be coming in, making it easier to fill orders for his casino.

“Other places have fire and water shows and surf shows. Well, our thing is coin slot machines,” Wiesberg said. “We’re focused on providing a safe place to gamble.”