Home
Stocks
: Morgan Stanley takes victory lap of sorts on inflation call as they offer three reasons why prices will accelerate past Federal Reserve targets
Prev Article Next Article
This post was originally published on this site 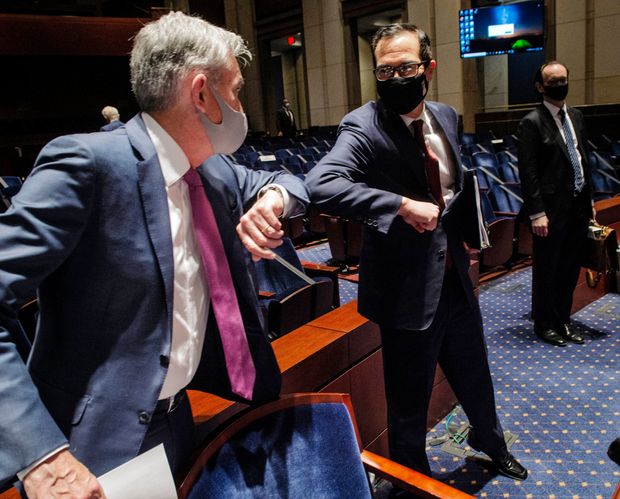 Morgan Stanley’s economics team has taken a victory lap of sorts on their May call that inflation will return, as it laid out three reasons why prices will climb faster than the Federal Reserve’s, and other central bank, targets.

Since the investment bank said inflation would reignite, U.S. consumer prices have jumped, with the so-called core rate rising at the fastest monthly rate in 29 years in July.

Market-derived measures of inflation expectations have climbed, and one investment that investors use in an attempt to hedge against inflation — gold GOLD, -0.44% — has surged. Global commodity prices on items like copper HG00, +2.06% and aluminum DJCIIA, +1.08% have climbed significantly.

“As the rebound in the economic indicators continue to gather pace, we think we have left behind the worst of the disinflationary pressures and that reflation is already under way,” say the economists in a note to clients. “Moreover, the recent rise in commodity prices and the depreciation of the U.S. dollar DXY, -0.50% will also add to the inflationary pressures, particularly in the U.S.,”

All that said, the yearly rate of core CPI inflation is still just 1.6%, and the measure of inflation the Fed targets, the PCE price index, is typically slower. The July reading will be released next week.

So the economists can’t claim vindication just yet, but they offered three reasons inflation will accelerate.

One is their belief that active fiscal policy is here to stay.

“Even in the case of the CARES 2.0, notwithstanding the split between policy makers on the size of the package, both sides of the aisle have continued to express the need for supporting the economy, which in turn has meant that the final size of the package is likely to be bigger (at around US$1.5-US$2 trillion, compared to initial expectations of US$1 trillion), not smaller,” they say.

Another reason that inflation will accelerate, the economists say, is that central banks have doubled down on their commitment to make up for lost inflation.

“The Fed is leading the charge in this regard, as it had already embarked on a strategic review of its policies prior to the onset of the recession, where they have started to emphasize the symmetry of their 2% inflation goal. This implies that there will be a lookback period in which the policy stance will remain accommodative until the Fed’s stated goal is achieved, which paves the way for higher inflation to take hold,” they say.

The minutes of the Federal Open Market Committee’s last meeting, due for publication Wednesday, will offer more clues as to the Fed’s approach.

The final reason the bank offered is one economists typically don’t examine — the regulatory scrutiny toward what they call “trade, tech and titans.”

“As policy makers seek to check the role of these factors in exacerbating inequality, they are also likely to bring about the consequence of disentangling the disinflationary impact that this trio have had over the past 30 years. They are likely to result in a significant distortion of underlying productivity growth trends and could create a regime shift in inflation dynamics,” they say.