Home
Market
BNP Paribas plays long-game to be Europe's banking winner from COVID crisis
Prev Article Next Article
This post was originally published on this sitehttps://i-invdn-com.akamaized.net/trkd-images/LYNXNPEG6J0AI_L.jpg 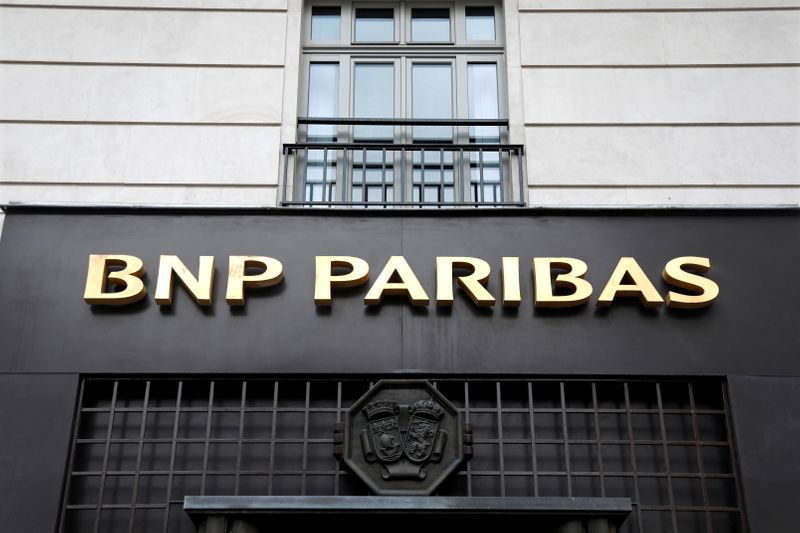 PARIS (Reuters) – When the COVID-19 crisis struck Europe, companies turned to one bank more than any other to arrange emergency loans: BNP Paribas (PA:BNPP).

The French lender took advantage of internal restructurings at European rivals, at a time when U.S. banks were preoccupied with rescues at home. It expanded its balance sheet by 23% to 2.7 trillion euros in the first quarter, extending multi-billion sums to the likes of energy giant BP (NYSE:BP) and automaker Daimler (OTC:DDAIF).

By comparison, competitors such as Santander (MC:SAN), Deutsche Bank (DE:DBKGn) and Credit Suisse (S:CSGN) barely expanded their balance sheets by 5%.

BNP, the euro zone’s biggest lender, has long had a goal of becoming Europe’s dominant investment bank and aims to use the lending platform built in the crisis to further this ambition, according to several bankers and a source close to BNP’s management.

BNP declined to comment for this story ahead of its results on July 31.

“Can BNP take advantage of the quality and resilience of its profits to grow (European) market share? I think the answer is, yes,” said Francois Chaulet, managing director at Montsegur Finance, whose funds invest in BNP.

However capitalising on lending growth to earn higher-margin business from customers it has lent to, such as advising on equity issuance or mergers and acquisitions, has been a hard nut to crack and still doesn’t look easy.

In the first half of 2020, BNP has trailed Goldman Sachs (NYSE:GS), Deutsche Bank, Barclays (LON:BARC) and Credit Suisse in terms of merger mandates, ranking outside the top 10 advisers, and came in ninth on equity deals, unchanged from a year ago.

“Just because you have lent a lot of money does not mean that you can do for a large European corporate client everything that the client wants to do: it takes specific skills, and money is not everything,” said a senior Paris-based investment banker at a foreign rival.

“American competition is very tough … they (BNP) know they have the balance sheet, but it’s hard.”

BNP’s corporate banking business combines M&A, ECM activity and syndicated loans, as well as trade finance and cash management. It accounts for more than a third of its corporate and institutional banking revenue, which also includes markets and securities services.

For now, upping its lending is allowing BNP to shed its image as a French-only bank.

It was the sole underwriter on a $10 billion credit facility for Britain’s BP (L:BP) in early April – an unusual move for such a large facility, particularly in a sector like energy that is under strain. The loan was then syndicated to 20 banks.

As it has pushed to court more international clients, BNP – long the go-to bank for the French establishment – has played hardball on some corporate rescues in its home market, according to six banking and industry sources close to the deals.

It imposed stiffer terms on a 4-billion-euro state-backed loan for flagship carrier Air France, for example, extracting a bigger guarantee from the French government following heated discussions with officials, the people said.

“BNP Paribas was especially difficult,” one legal source who worked on that deal said.

The French finance ministry declined to comment on the process, while Air France was not immediately available to comment.

But two investment banking sources said the tussle was also a sign of BNP’s desire to ensure it had enough resources to pursue its international growth strategy without being sucked into local pressure to bail out too many companies.

“It is more about where BNP wants to allocate capital,” said one of the sources, who was involved in the Air France bailout.

Nonetheless, BNP is still poised to lend significant sums at home, having said this month it had received 17 billion euros in demands from French companies for state-backed loans – a higher proportion than its usual market share for such lending.

Bankers at rival banks said BNP could profit, as a first step, by picking up mandates to help companies in France that received loans and needed restructuring or capital injections.

Cementing that kind of work could be key. As government support programmes start to be wound down, the risk of loans on its newly expanded books turning sour could increase.

“BNP’s balance sheet continues to swell,” analysts at Societe Generale (OTC:SCGLY) wrote in June. “BNP is more sensitive than most to changes in credit quality”.