Home
Market
JPMorgan beats estimates on trading, but loan losses loom
Prev Article Next Article
This post was originally published on this sitehttps://i-invdn-com.akamaized.net/trkd-images/LYNXNPEG6D0ON_L.jpg 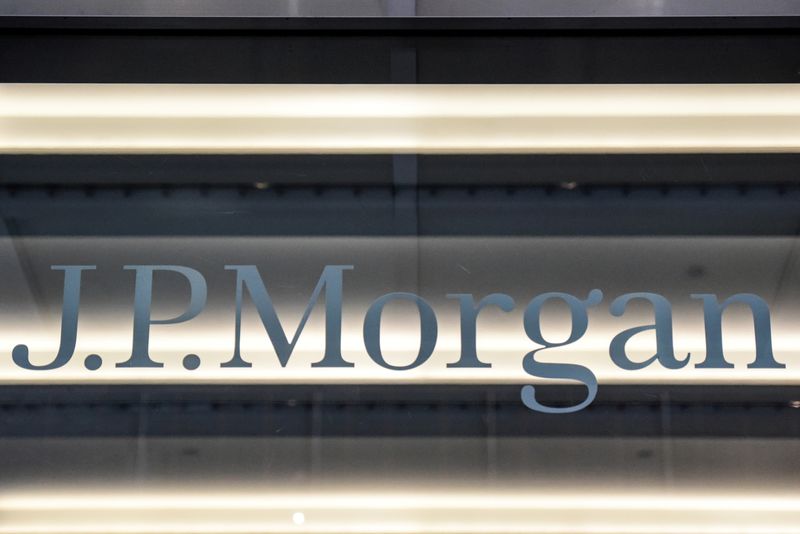 (Reuters) – JPMorgan Chase (NYSE:JPM) & Co beat Wall Street estimates for profit in the second quarter as trading revenue surged, while setting aside a record $10.5 billion to brace for rising defaults as the United States slides into one of the worst recessions in decades.

The biggest U.S. lender’s loan loss provision reflects the damage wreaked by the coronavirus pandemic, but its performance in markets bodes well for Goldman Sachs and Morgan Stanley (NYSE:MS), both of which have big trading businesses and report later this week.

JPMorgan’s trading revenue surged 77% in a quarter that saw record-breaking volumes in financial markets. While executives had indicated that Wall Street trading desks would set records in the quarter, the jump was well beyond expectations.

The bank’s shares rose 2.2% as both profit and revenue beat Refinitiv’s consensus estimates, but the reserve build of $8.9 billion did not bode well for future quarters.

“Despite some recent positive macroeconomic data and significant, decisive government action, we still face much uncertainty regarding the future path of the economy,” Chief Executive Officer Jamie Dimon said.

Dimon also said the bank would continue to pay dividend unless “the economic situation deteriorates materially and significantly”. However, the lender suspended share buybacks at least through the end of the third quarter.

The scale of expected loan losses at the bank is a major barometer of the health of the U.S. economy, as the coronavirus pandemic drives up unemployment and puts pressure on businesses.

Wells Fargo (NYSE:WFC) & Co also set aside $9.5 billion for potential loan defaults, pushing it to a loss in its second quarter, while Citigroup Inc (NYSE:C) posted a 73% drop in profit.

Goldman Sachs Group Inc (NYSE:GS) is scheduled to report results on Wednesday and Morgan Stanley and Bank of America Corp (NYSE:BAC) on Thursday.