Essay On Plastic Pollution For Class 7 Essay Writing For Primary School Students39 Food Stamps Essay Papers Synthesis Essay Writing Sample
Home
Stocks
Dispatches from a Pandemic: ‘If I tell people about what happened, I honor my ancestors.’ How the pandemic is helping a slavery historian develop a K-12 lesson plan on African-American history
Prev Article Next Article
This post was originally published on this site 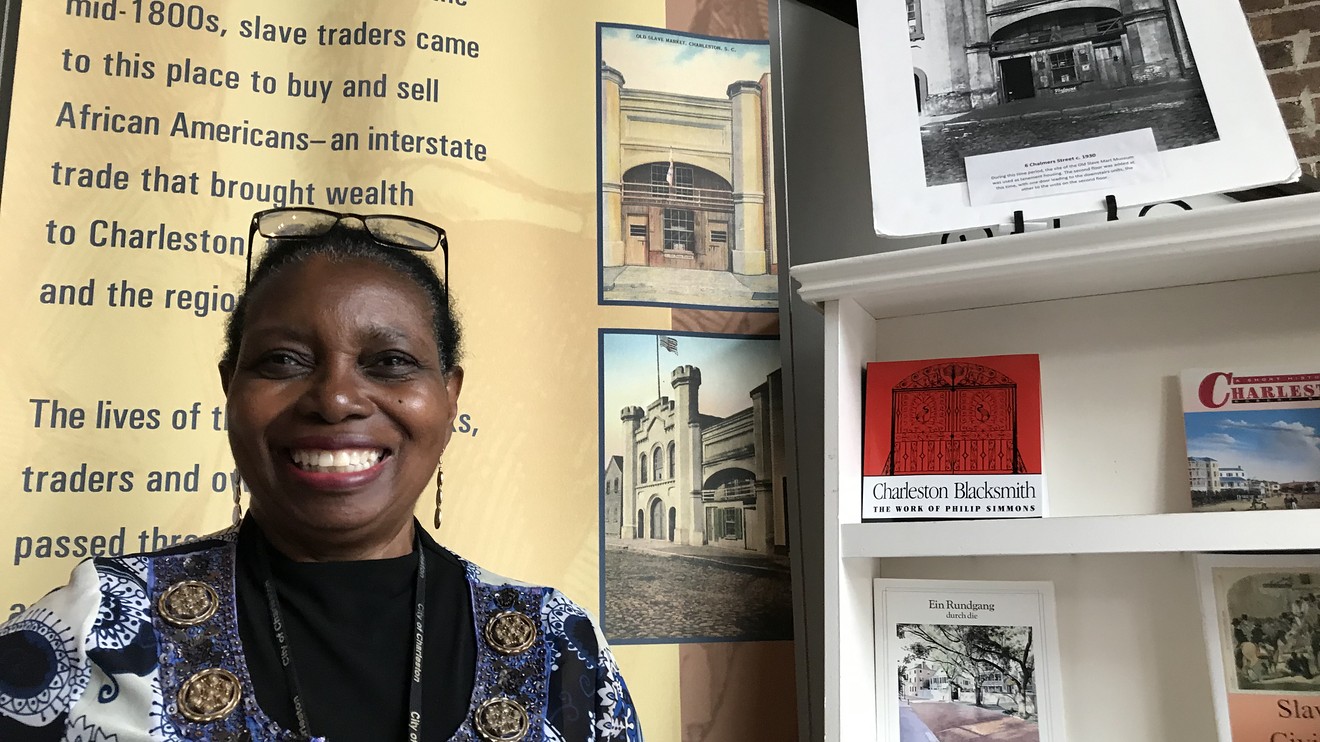 When COVID-19 stormed America in March, Christine King Mitchell took a break from her job as a docent at the Old Slave Mart Museum in Charleston, S.C.

Mitchell, 64, is an historian who has made education and research on the enslavement of African-Americans from 1619 to 1865 her life’s work. But how to keep going during a global pandemic, in a moment when the May 25 police killing of George Floyd and subsequent anti-racism protests have triggered a broad cultural push to acknowledge the longstanding oppression of Black Americans more fully?

— Christine King Mitchell, author of the forthcoming book, ‘The Business of Slavery: Evidence of Control, Power, and Wealth in South Carolina’

Like millions of others in the time of coronavirus, Mitchell is working from home. And like many others, she’s moved her work online — and the shift could be a positive one that helps this self-taught historian bring her passion to a wider audience. She’s now focused on designing online lesson plans to educate American children about slavery when they go back to school in August, and building a website that will serve as a portal for slavery education. She’s also writing a book about the business of slavery.

In Black communities, which have long faced discrimination in higher education, non-academic historians like Mitchell are important keepers of memory, said Guy Emerson Mount, an assistant professor of African-American history at Auburn University in Alabama. “There are tons of historians without degrees doing Black history because it’s been a matter of life and death for them,” he said, noting that it’s a tradition that dates back to griot storytellers in Africa. “They know that if no one is talking about the past, it makes African-American communities vulnerable.”

PBS, National Geographic, and universities, among others, have published educational content about slavery online, but where Mitchell can help is by offering smart, succinct curriculums for K-12 schools, Mount said. In many places, school boards or state curriculums “can mandate a course on slavery, but it won’t get done unless an activist pushes it,” he said. “So you need activists doing this kind of work.”

There is a gap when it comes to educating young people about slavery. A 2018 report by the Southern Poverty Law Center found that “schools are not adequately teaching the history of American slavery.” The study found that only 8% “of high-school seniors surveyed can identify slavery as the central cause of the Civil War.” In addition, 40% of teachers said they believe “their state offers insufficient support for teaching about slavery,” the study found.

“ ‘If no one is talking about the past, it makes African-American communities vulnerable.’ ”

Mitchell’s plan is to offer a free version of her website, but to charge schools a fee to use her lesson plans. This work is the only thing that makes the memory of slavery bearable for her, said Mitchell. “When I think about it too much, I cry, and I pray,” she said. “And what comes to me is that if I tell people about what happened, I honor my ancestors.”

Mitchell grew up in Augusta, Ga., to parents with third-grade educations. When her mother died, Mitchell realized that she wanted to teach her two young daughters about their ancestors, so she started researching and building a library, including a collection of newspapers going back to 1697 with descriptions of slavery and advertisements for selling enslaved people at auction, and bounties for individual runaways with specific descriptions.

In the 1990s, she created a “Museum on Wheels” — including newspapers and a copy of Frederick Douglass’ 1855 autobiography — and toured Georgia schools with it, reaching over 10,000 teachers and students, she said. Mitchell has visited schools around the U.S., speaking as far afield as Colorado and Rhode Island. Even Ph.D.s “don’t know it all,” she said. “They do know a lot about a specific area of study, but it takes a village to tell a story.”

Mitchell emphasizes slavery’s recent past. Her great-grandparents were born into chains, “and when I grew up, Black folk were still picking cotton and butter beans and getting paid pennies to survive,” she said. “I’m just the third generation born after slavery.”

She started her $15-an-hour part-time staff job as a docent at the Charleston museum in 2013. The building stands on a space where, between 1856 and 1863, human beings housed in a nearby jail were bought and sold in an alleyway, after the city deemed such traffic in the open public areas unseemly. It’s not part of the International African American Museum planned for Charleston’s waterfront after this year at a cost of at least $75 million.

“ ‘I’m not here to convince anybody of anything, I just want to share the truth.’ ”

At the Old Slave Mart museum, Mitchell, who worked three days a week, built a bookstore inventory of slave narratives and academic histories, and gave her visitors reading lists. She earned the attention of visitors like Robert Tokanel, a filmmaker and journalist, who recorded her for an audiovisual tour of Charleston. Mitchell is “the kind of historian who brings up points you don’t see elsewhere,” he said. “And she’s not posting constantly on Twitter.” TWTR, +10.79%

When the museum closed in March, Mitchell went on unemployment. The museum is now open again, with limit of 15 people at a time, but Mitchell is worried about the coronavirus, so she doesn’t want to go back until it’s safe. She’s still busy though. Tokanel is now helping Mitchell design her website, to be called either “Slavery and Freedom in Black and White” or “The Business of Slavery.”

Mitchell’s daughter Elecia, a middle-school math and science teacher in Atlanta, is helping her mom design the lesson plans. “We want education about slavery to be in fourth through 12th grade,” she said. “It’s very necessary for everyone in America to know.”

During the pandemic, Mitchell has been awaking around 3 a.m. and working until 7 a.m., when she hits the treadmill and weights, before resuming work again. “Around mid-day, it’s time for a siesta,” she said.

Her biggest worry is finishing her book, “The Business of Slavery: Evidence of Control, Power, and Wealth in South Carolina,” based on historical documents she’s collected. The book, about the bank and business practices around buying and selling enslaved people, “will include the names of hundreds of enslaved people of African descent who were bought, sold, mortgaged, insured, and rented out,” says a description for publicity Mitchell provided. The book includes original-source financial data, bond issues, and mortgage and insurance documents.

“I’m ready to birth that baby,” she said. She’s planning to self-publish, with the help of donations she’s received, and sell it on the new website as a resource for students and teachers.

The bestseller lists right now are crowded with books on race and African-American history. “I just want a plain Jane conversation about what happened to a people,” said Mitchell. “I’m not here to convince anybody of anything, I just want to share the truth.”