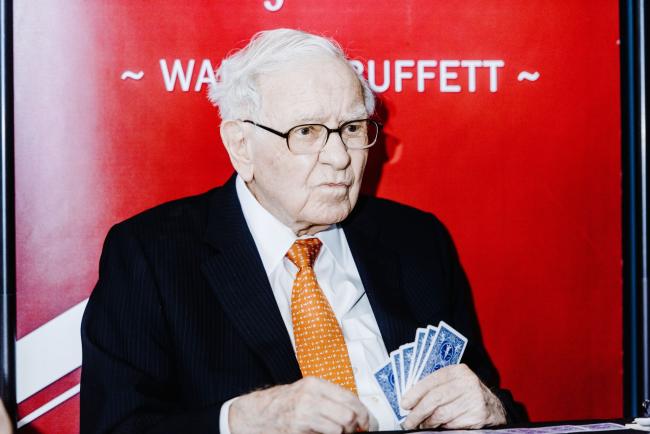 His Berkshire Hathaway Inc . (NYSE:BRKa), which has stayed relatively quiet during the tumult of the coronavirus pandemic, broke its silence at the end of a holiday weekend with its biggest acquisition in more than four years. The agreement for Dominion Energy Inc.’s natural gas pipeline and storage assets signaled to the market that Buffett is willing to pounce despite his cautious tone in May about the pandemic, according to David Kass, a professor of finance at the University of Maryland’s Robert H. Smith School of Business.

“He’s willing to make investments now, of a fairly sizable amount,” Kass said. “It’s very positive that he’s sending a signal for the right deal at the right price, $10 billion or more, ‘We’re ready to go, we’re ready to invest.’”

Buffett, who has crafted Berkshire into a conglomerate valued at $434 billion, built his reputation as an investor able to swoop in during volatile markets to strike unique and complicated deals in past crises. After being stymied on the acquisition front during the recent bull market for stocks, Buffett still wasn’t striking any deals during the initial stages of the pandemic and even dumped his stakes in the major U.S. airlines.

His inability to make a major acquisition recently has drawn scrutiny from his critics who have argued that Buffett has lost his ability to pull off the game-changing transactions that helped vault Berkshire into the ranks of the most valuable U.S. public companies. Now, the deal to buy substantially all of Dominion Energy’s natural gas transmission and storage assets for $4 billion, along with the assumption of $5.7 billion in debt, shows that Buffett is willing to put his money to work, Kass said.

“We are very proud to be adding such a great portfolio of natural gas assets to our already strong energy business,” Buffett, who is chief executive officer and chairman of Omaha, Nebraska-based Berkshire Hathaway, said in a statement Sunday.

“I’m inspired to see that, given that he’s bearish, he’s still willing to make acquisitions where he thinks it makes sense and where it meets Berkshire’s hurdle points,” said Darren Pollock, a portfolio manager at Cheviot Value Management, which invests in Berkshire shares.

Buffett has considered its energy business one of the “lead dogs” of Berkshire’s non-insurance operations alongside its railroad. Berkshire’s purchase expands its hold in the sector, adding more infrastructure to handle natural gas to its already sprawling energy operations across states such as Nevada and Iowa. Berkshire also struck the deal at a low point in the market. Natural gas futures in the U.S. dropped last month to their lowest point in 25 years and have recovered just slightly since then.

“This looks like confirmation that commodities like energy are undervalued,” Bill Smead, chief investment officer at Smead Capital Management, which owns Berkshire shares, said in an emailed comment. “At the bottom, assets move from weak hands to strong hands.”

Berkshire is digging deeper into a business that’s been facing increasing scrutiny amid the push for energy companies to shift away from fossil fuels. In its own statement on Sunday, Dominion Energy cited its target to reach net-zero emissions by 2050.

The deal also highlights the work of one of Buffett’s key deputies, Greg Abel, who led the energy business for years and is now chairman of Berkshire Hathaway Energy alongside his role as Berkshire’s vice chairman for all non-insurance businesses. Abel has gained a reputation as a key dealmaker for Berkshire with the 2013 purchase of NV Energy and even the battle to buy Oncor Electric Delivery Co., which didn’t ultimately come together. Abel is viewed as a potential successor to Buffett, 89.

The Dominion deal is set to be Berkshire’s largest acquisition ranked by enterprise value since its purchase of Precision Castparts Corp. in 2016. Still, Buffett ended the first quarter with a record $137 billion on hand and has been hankering for an “elephant-sized acquisition” to put a chunk of his cash pile to work. The Dominion agreement’s total enterprise value would account for about 7% of that total.

“It’s not something that’s going to move the needle from a balance sheet standpoint, but it’ll produce several hundred million dollars a year in net income to Berkshire,” said Cheviot’s Pollock. “That’s no paltry sum. That adds up over time.”