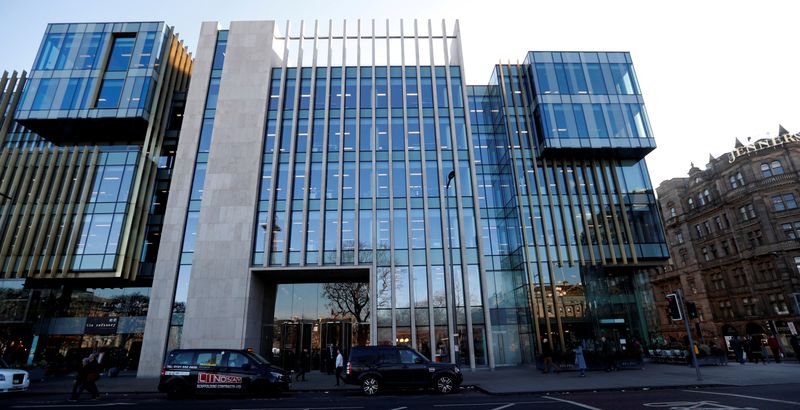 The announcement marks the end of a 14-year career as an SLA director for Skeoch, during which he oversaw the 2017 merger of Standard Life and Aberdeen Asset Management to create one of Britain’s biggest fund managers.

His period as CEO, a job he originally shared with former Aberdeen chief Martin Gilbert, has not always been smooth.

Heavy underperformance in the year after the merger drew criticism from some investors, something Chairman Douglas Flint looked to respond to quickly after joining the company last year, ditching the co-CEO structure and ultimately paving the way for Gilbert to leave the firm.

“With integration well progressed and having built significant balance sheet strength, this appointment launches the next phase of evolution aimed at developing and expanding the revenue opportunities available to SLA,” the company said.

“I was a little surprised by this news,” said Darius McDermott, managing director at Chelsea Financial Services. “That said, they always described the integration of the two businesses as a 3-year journey and that is now at an end.”

Bird will join the board as CEO-designate on July 1 and Skeoch will serve out the remainder of his contract, which runs until July 2021, as non-executive chairman of Aberdeen Standard Investments Research Institute.

“The current crisis has highlighted the importance of active asset management as well as building greater resilience into personal financial planning,” Bird said.

“SLA’s leading asset management, platforms and wealth capabilities give great scope to help clients and customers navigate these challenges; this is what attracted me to the company.”

SLA said it expected the transition to take place by the end of the third quarter, subject to regulatory approval.

Bird spent 21 years at Citigroup (NYSE:C) and most recently served as CEO of its Global Consumer Banking business from 2015 to November 2019.

Prior to that, he was CEO for Citigroup’s Asia Pacific business, including India and China.

“He is an inspiring leader with a great track record and experience in leading businesses to harness digital technology to improve both productivity and the client and customer experience,” said Flint.