Home
Market
Ryanair expects to fly 4.5 million passengers in July
Prev Article Next Article
This post was originally published on this sitehttps://i-invdn-com.akamaized.net/trkd-images/LYNXMPEG5T2B9_L.jpg 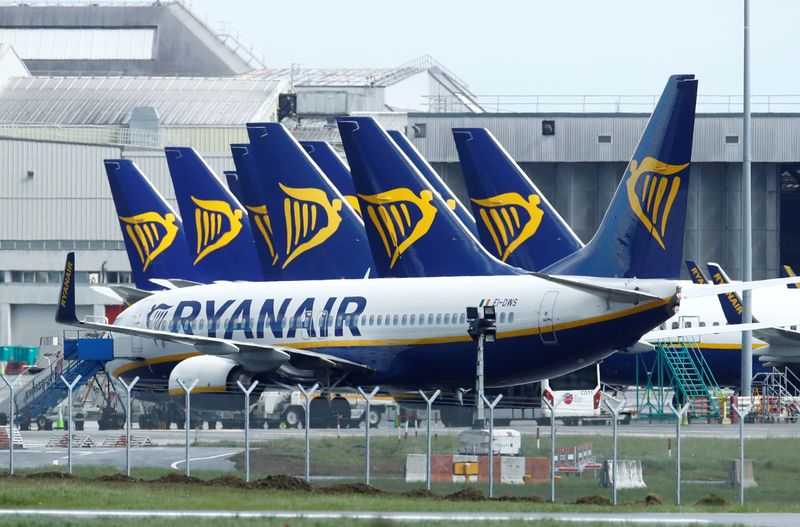 While that would be a drop of almost 70% from July last year, it would be a huge increase from April and May when Europe’s biggest budget airline flew just 110,000 passengers.

The Irish carrier has operated a skeleton service since the COVID-19 pandemic shut down most European air travel in the middle of March and plans to restore almost 90% of its routes from July 1, albeit with fewer flights.

Passenger numbers for June are due to be released in the coming days.

Ryanair is trying to entice passengers back into the sky with lower fares and said a sale introduced on Wednesday represented the lowest fares ever offered by Ryanair during the peak summer months.

“These 1,000 daily flights mark an important turning point for Ryanair and for the tourism industry of Europe,” Ryanair Group Chief Executive Michael O’Leary said in a statement. “We expect in July to carry more than 4.5 million customers.”

Budget rival EasyJet (L:EZJ) resumed flying in mid-June but has said it expects its capacity to be about 30% of usual levels for the busy July-to-September season.