Home
Market
Canada's mortgage insurer tightens rules as it forecasts home-price drop of up to 18%
Prev Article Next Article
This post was originally published on this sitehttps://i-invdn-com.akamaized.net/trkd-images/LYNXMPEG532JB_L.jpg 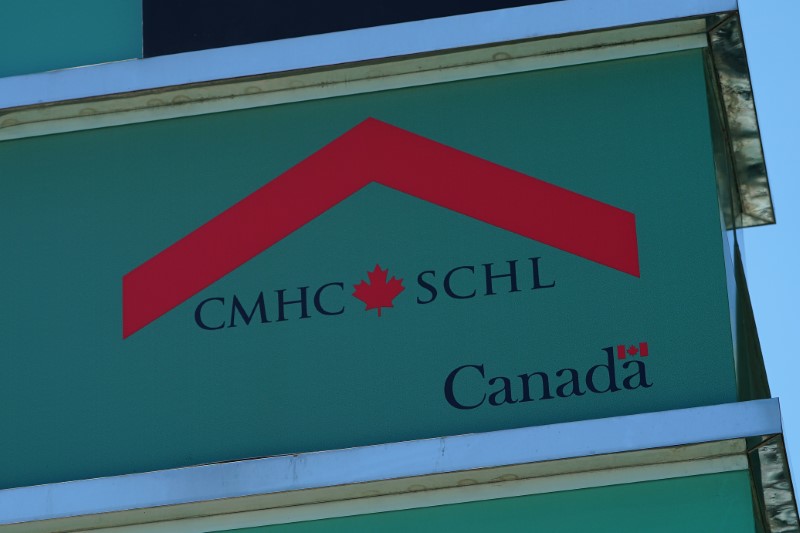 TORONTO (Reuters) – The government-backed Canada Mortgage and Housing Corp said on Thursday it would tighten rules for offering mortgage insurance from July 1, after forecasting declines of between 9% and 18% in home prices over the next 12 months.

The move would make it harder for riskier borrowers, who offer downpayments of less than 20%, to access CMHC’s default mortgage insurance.

CMHC is establishing a minimum credit score of 680 instead of the current 600, the group said in an emailed statement.

It will also limit total gross debt servicing ratios to its standard requirement of 35% of annual income, compared with a threshold as high as 39% currently, and total debt servicing to 42% versus as much as 44% now.

He said COVID-19 has exposed longstanding financial-market vulnerabilities, and “we must act now to protect the economic futures of Canadians.”

Some 35% of Canadian banks’ mortgages are insured, their financial statements show. CMHC is the top mortgage insurer, while Genworth MI Canada (TO:MIC) and other private companies also provide similar products.

Despite evaporating activity in the housing market due to the COVID-19 pandemic, prices have continued to rise as listings have fallen off alongside demand.

Home prices across the country rose 1.3% in April from March, and data from Toronto and Vancouver real estate boards showed increases of 3% and 2.9% in May, respectively, from a year earlier.

The CMHC has taken a more bearish view of the housing market than others. Last week, some of Canada’s biggest banks forecast maximum price declines of about 7%.

Siddall last week responded to critics of its more dire outlook, saying on Twitter they were “whistling past the graveyard and offering no analysis.” (https://