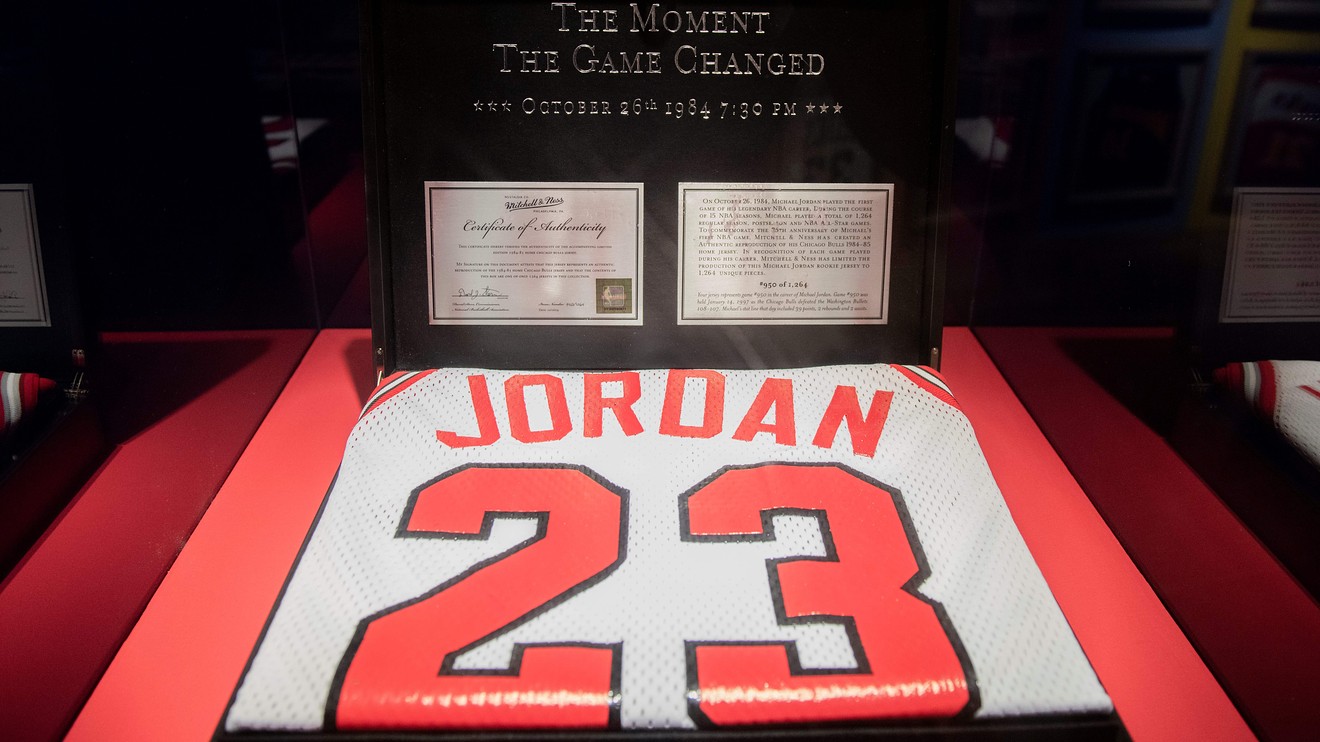 Almost 20 years since he stopped bouncing a basketball professionally, Michael Jordan is still the hottest name in the sports memorabilia business.

The ESPN DIS, +0.54% and Netflix NFLX, -0.55% documentary series “The Last Dance,” built around Michael Jordan’s final season with the Chicago Bulls in 1997-98, has led to a spike in interest in Michael Jordan memorabilia.

Average one-day sales for Chicago Bulls items following the premiere of The Last Dance spiked a staggering 5,156% over what they averaged in the beginning of April. Searches for Jordan autographed basketballs and Jordan trading cards also spiked by over 50% during that period.

Brandon Steiner, the founder of Steiner Sports Memorabilia who now runs the CollectibleXchange marketplace, says Michael Jordan is still far and away the top athlete in terms of memorabilia interest.

“Lets be clear here, Michael Jordan, we all should be giving him a check,” Steiner told MarketWatch. “He lifted sport licensing onto a legitimate level. It was practically nothing before he got into the game.”

Steiner explains that before Jordan, sports memorabilia was a regional business. Milwaukee Bucks jackets were sold only in Milwaukee and Orlando Magic autographed basketballs were mainly sold in Florida. With the emergence of Jordan, memorabilia exploded nationwide because everybody loved Jordan.

“It was national,” Steiner told MarketWatch. “Female-male, black-white, everybody wanted that shit.”

The increased interest has prompted eBay to create a Jordan-centric hub on its website with its own URL: eBay.com/MJcollectibles.

Last week, a Jordan rookie card was sold for a PSA 10 record $96,000 at an auction. That same card was sold 19 days prior for a then-record $51,600. A PSA 10 is the highest mark on the card-quality grading system, meaning this card was in near perfect condition.

According to market analysts at eBay EBAY, +0.27% , the platform has seen a 151% spike in purchases of Michael Jordan rookie cards since the series debuted in April.

Another sought-after piece of Jordan memorabilia set for auction is a $15,000 check Jordan made out to President Trump’s defunct casino in Gary, Indiana. The check was from 1998 and is made out to “Trump Indiana, Inc.”