Home
Stocks
In One Chart: How quickly will U.S. economy recover? One economist looks at Southern restaurant bookings for an answer
Prev Article Next Article
This post was originally published on this site

The U.S. economy in all but name is in a recession, and so is the rest of the world.

The Atlanta Fed’s GDPNow projection estimates a 34.9% decline in second-quarter gross domestic product on an annualized basis, and jobless claims show that a fifth of the working population filed for unemployment benefits since the coronvirus crisis started.

So the question of when the economy will recover is an important but obviously challenging task.

Torsten Slok, the chief economist of Deutsche Bank Securities, on Thursday took a stab at estimating when the U.S. economy would recover to pre-COVID-19 levels by looking at restaurant bookings.

He used data from online booking platform OpenTable from Texas, Tennessee and Georgia where restaurant activity is now permitted, to project — if bookings continued along the same path — when bookings would recover. 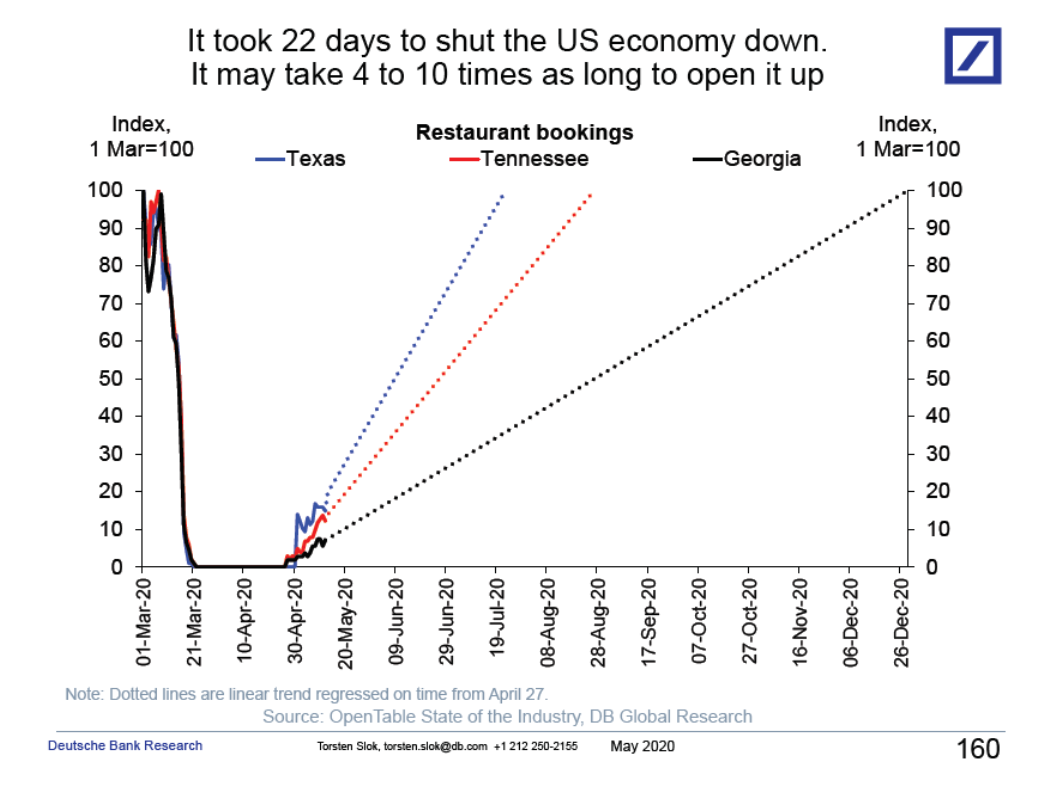 The good news, if you think the projection has validity, is that even in the slowest of the three states, bookings would return to normal by the end of the year. If restaurant bookings were the economy, that’s an optimistic view — the Congressional Budget Office for example forecast in late April that it would take at least until the end of 2021 for the economy to recover.

But it’s also fair to point out that not everyone would expect activity to follow that path. Underscoring that skepticism, U.S. stocks SPX, -1.06% traded sharply lower on Thursday. 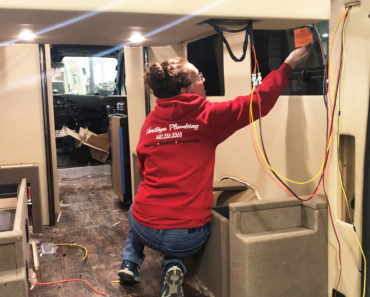