Home
Market
Investors search for bargains in energy sector minefield
Prev Article Next Article
This post was originally published on this sitehttps://i-invdn-com.akamaized.net/trkd-images/LYNXMPEG4A0BL_L.jpg 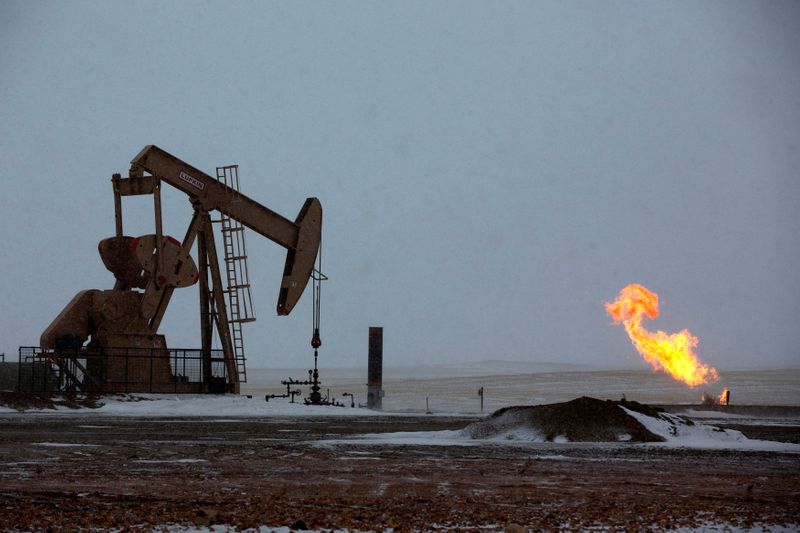 (Reuters) – Investors are rummaging through battered energy stocks to play a potential rebound in oil prices, just weeks after crude futures traded below zero for the first time ever.

It’s a high-stakes game. The months-long plunge in oil has dragged valuations in the sector to their lowest levels in decades, according to some measures, raising companies’ allure to bargain hunters. Yet bankruptcies in the oil patch are expected to grow, and choosing the wrong stock could leave a portfolio with outsized losses.

“There is so much value there,” said Hugo Rogers (NYSE:ROG), chief investment officer at private bank Deltec International Group. “But you have to know what you’re doing.”

Energy stocks have consistently underperformed over the last decade, even as U.S. crude oil production reached an all-time high of nearly 13 million barrels per day. A worldwide economic slowdown caused by the coronavirus pandemic further pounded oil prices that were already in decline after top exporter Saudi Arabia and its allies flooded the market with record levels of supply.

Valuations for exploration and production companies, as measured by enterprise value to gross cash invested, stood near their lowest levels since 1995 in late April, according to Goldman Sachs (NYSE:GS).

Yet oil prices have risen from record lows in recent weeks as some countries and U.S. states begin to gradually reopen their economies, stoking hopes that greater oil demand will follow.

At the same time, oil prices below production costs have forced companies to curtail output, reducing the supply glut that has weighed on crude.

North American oil companies have slashed production faster than expected, on course to cut roughly 1.7 million barrels per day by the end of June, according to a Reuters analysis of U.S. state and company data.

“We believe we are at the inﬂection where investors will shift to focusing on the recovery from focusing on downside risks to commodity prices,” Goldman Sachs analysts said in a recent note to investors.

“We think the sector overall will rebound as the global economy gradually emerges from the shutdown, therefore increasing demand and reducing the glut of oil,” Lip said in emailed comments to Reuters.

Yet looming bankruptcies have made the energy industry a minefield, with U.S. shale producers, refiners and pipeline companies scrambling for cash and facing likely restructuring as they struggle under heavy debt loads.

About half of the top 60 independent U.S. oil producers are in danger of restructuring and will need to find ways to boost their cash pile, according to energy lawyers at Haynes and Boone.

“You have to be selective,” said Rogers, of Deltec. Supply cuts are likely to bring the market into balance next year, “but in the meantime, some companies have to go bankrupt.”

A potential oil price reversal is another risk. Prices could be vulnerable if an anticipated global recession turns out to be deeper than expected, or if countries and U.S. states are forced to roll back reopening measures.

Conversely, companies could again start pumping out oil if prices rise above the cost of production, estimated at around $35 per barrel.

“We are seeing oil prices come back up close to the marginal cost of production in a lot of markets,” said Brad McMillan, chief investment officer for Commonwealth Financial Network. “There may be some more upside there, but not nearly as much as there was.”

Stephen Massocca, senior vice president at Wedbush Securities, reduced his energy holdings in response to the oil price war begun by Russia and Saudi Arabia in March. Though major oil-producing countries have since come to another agreement on production cuts, Massocca believes oversupply concerns will persist.

“If oil gets back above $35 a barrel…you’ll start to see American production come back online, and that will serve to dampen any move higher in the commodity price,” he said.