Home
Market
Israeli ministry to decide on El Al support loans
Prev Article Next Article
This post was originally published on this sitehttps://i-invdn-com.akamaized.net/trkd-images/LYNXMPEG49082_L.jpg 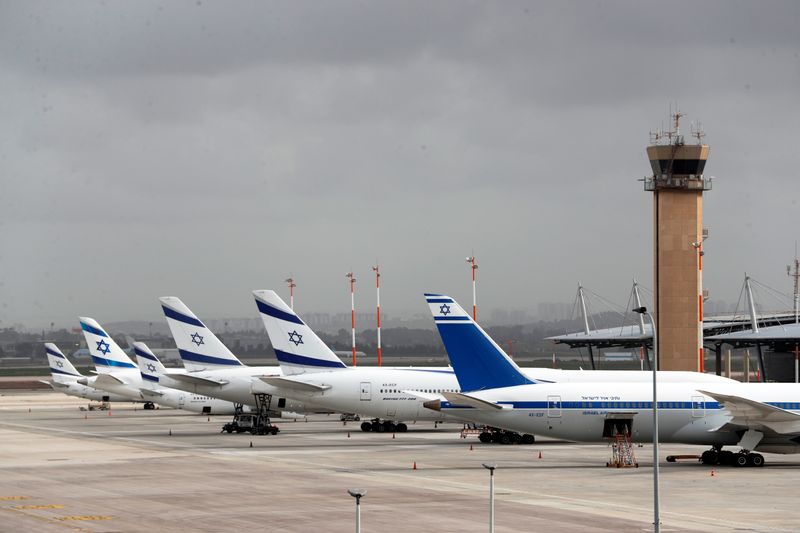 El Al, Israel’s flag carrier, is seeking state-backed loans of $400 million to help it through the crisis as foreigners are barred from entering the country and incoming Israelis must enter quarantine.

El Al has suspended passenger flights until at least the end of May while about 6,000 of its workers are on unpaid leave until June 30.

El Al and the ministry have been at odds over demands El Al must cut jobs as part of a recovery plan, while shareholders are also resisting injecting new funds, a ministry spokesman said.

Workers opposed to the layoffs plan to hold a protest at the time of the meeting outside the ministry.

El Al has presented a plan that includes an unknown number of layoffs, according to the ministry. Any layoffs would require approval by the airline’s union which is yet to happen, an El Al spokesman said.

The spokesman for Kahlon said another key issue is a demand by the ministry that El Al’s owners inject some cash into the firm.

“That’s the core issue,” he said. “The problem is the owners don’t want to pay.”

The airline said last month it was in advanced talks with an Israeli bank to receive a loan that will be partly backed by government guarantees.