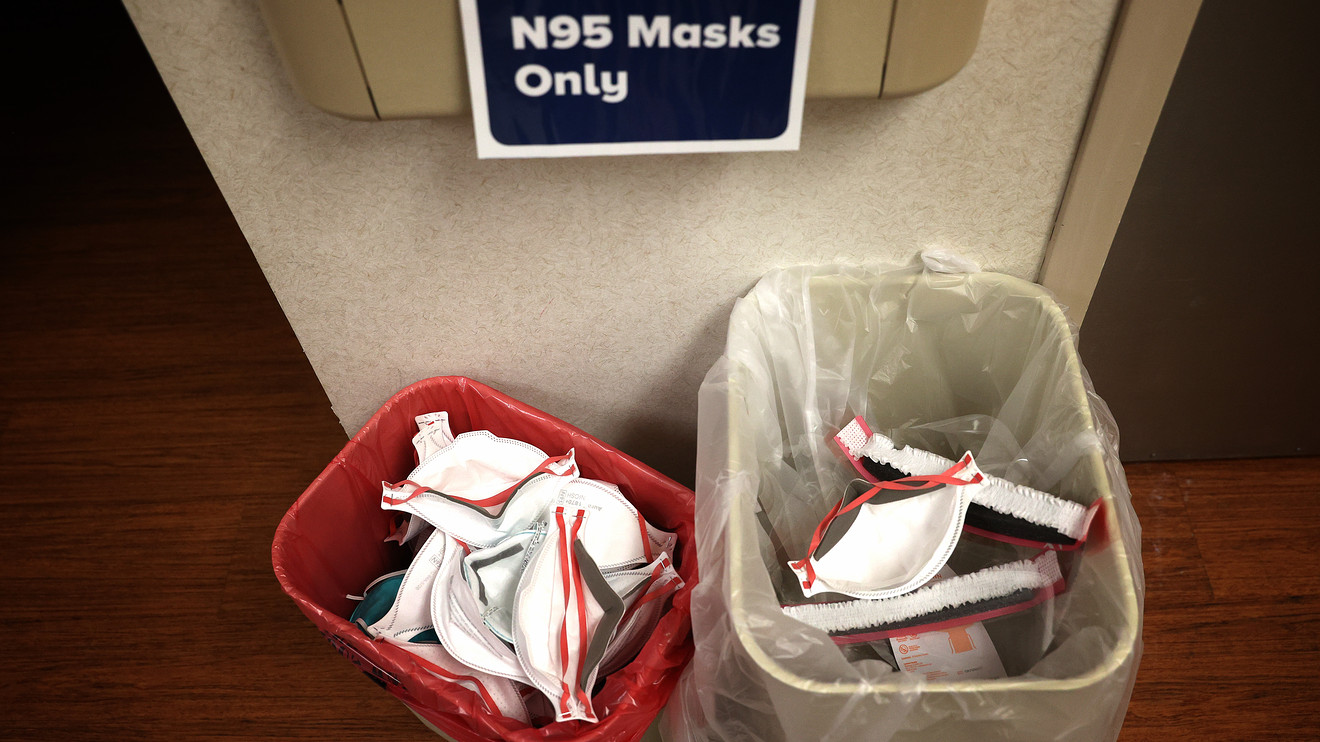 The Securities and Exchange Commission continued its crackdown on companies making false claims relating to tests, treatments or equipment for COVID-19 on Tuesday, by bringing charges against Praxsyn Corp. and its chief executive for false statements on N95 masks.

West Palm Beach, Fla.-based Praxsysn said in a release published Feb. 27 that it was negotiating the sale of millions of N95 masks, according to the SEC. The masks can block tiny particles of matter and are much in demand among health-care workers treating patients suffering from COVID-19, which has infected more than three million people worldwide and killed more than 200,000.

The company said it was “evaluating multiple orders and vetting various suppliers in order to guarantee a supply chain that can deliver millions of masks on a timely schedule.”

That release was followed on March 4 with another statement claiming the company had created a “direct pipeline from manufacturers and suppliers to buyers” of the masks. It cited Praxsyn’s CEO Frank J. Brady as telling any interested buyers that the company was accepting orders of a minimum of 100,000 masks.

Following SEC inquiries, the company admitted in a third release published March 31 that it had never had any masks available to sell.

“As alleged in the complaint, in the midst of the ongoing COVID-19 pandemic, Praxsyn and Brady sought to exploit unsuspecting investors by issuing false and misleading news releases concerning Praxsyn’s ability to source and supply N95 masks for the COVID-19 virus,” Eric I. Bustillo, Director of the SEC’s Miami Regional Office, said in a statement.

The SEC complaint was filed in federal court in the Southern District of Florida. It charges Praxsyn and Brady with violating antifraud provisions of the federal securities laws, and seeks permanent injunctive relief and civil penalties. The SEC is further seeking an officer and director bar against Brady.

The SEC had already suspended trading in Praxsyn shares on March 25.

In a press release on its website covering financials for 2018 and 2017, the company says it was incorporated in June of 2005 as American Antiquities Inc., an Illinois-based company. In October of 2010, it changed its name to Pet Airways Inc., and on April 15 to Praxsyn Corp. The website does not specify the company’s exact line of business, but does say it’s “Empowering Healthcare.”

Praxsyn did not immediately respond to a request for comment.

The SEC has already taken enforcement action against at least 25 companies in connection with statements made relating to COVID-19 and is warning investors to beware of fraud, illicit schemes and other misconduct during the pandemic. Just as happened at the peak of the mania around cryptocurrency, and again with legal cannabis, the pandemic has attracted swindlers seeking to make a quick buck off the sudden high demand for tests and treatments.

The most recent was Kleangas Energy Technologies Inc., which is also known as CaliPharms Inc. That stock KGET, was halted temporarily on Monday, because of “questions regarding the accuracy and adequacy of information in the marketplace since at least April 1, 2020,” the SEC said in a statement.

Specifically, the company made claims on Twitter claiming it had access to and sales of personal protective equipment, or PPE, the gowns, gloves, masks and other equipment that is in dire shortage across the U.S. The company claimed its PPE had been approved by the National Institute for Occupational Safety and Health of the Center for Disease Control during the pandemic.

CaliPharms describes itself as a U.S.-based company focused on medical marijuana.

Last week, the SEC temporarily halted trading in the shares of Decision Diagnostics Corp. DECN, -21.81%, a Los Angeles, Calif.-based maker of diabetic test strips. The SEC said the suspension was due to questions regarding the accuracy and adequacy of information in the marketplace since at least March 3, 2020.”

Those questions relate to statements claiming to have perfected the technology needed to make and see a COVI-19 test kit that would provide results in 15 seconds, based on just a finger price blood sample. The company also said it expected to sell up to 525 million test kits in the first year of production.

Decision Diagnostics said the trading halt came after its Chief Executive Keith Berman voluntarily submitted to more than three hours of interviews with SEC staff and agreed to a third interview requested by staff. Instead, the SEC halted trading in the stock, the company said.

Berman said the company is planning to push ahead for talks with the U.S. Food and Drug Administration for expedited approval for the test, called GenViro! Swift Kit.

“While the proposed testing kit would be new, and to the best of DECN’s knowledge, different than any other kit for which regulatory approval is now also being sought, the technology is fundamentally built on a platform designed by the company in 2018 to service diabetics,” the company said.