Home
Stocks
Weekend Sip: Is canned beer better than bottled? After 100-plus years, Anchor Steam is available in 12-ounce cans for the first time
Prev Article Next Article
This post was originally published on this site 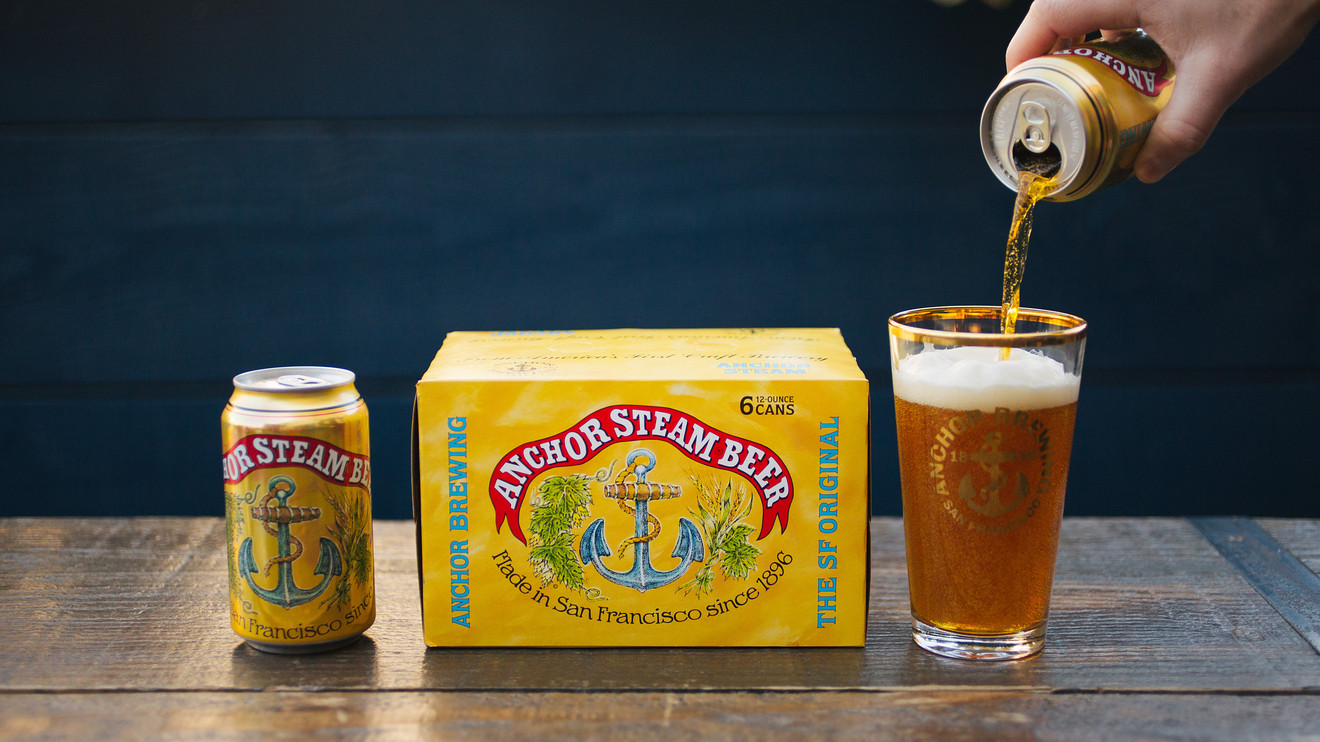 The back story: For most fans of craft beer, Anchor Steam is a familiar name. The San Francisco brewery behind it, Anchor Brewing Co., now owned by Japan-based Sapporo Breweries 2501, +0.35%, actually predates the craft revolution, with a history going back to the Gold Rush era. It remains a signature sip in the craft community partly because of the unique brewing method behind it, which involves fermenting yeast typically used for lager-style beers at warmer temperatures more typically associated with ales.

But enough of the technicalities. The real question is what makes Anchor Steam relevant right now? In short, cans.

Don’t miss: A canned cocktail for when you’re cooped up at home during the coronavirus pandemic

After 100-plus years, Anchor is available in standard 12-ounce cans for the first time. (Don’t worry, bottle lovers — it’s still available that way, too.) A generation ago, cans were considered a no-no for beer geeks, largely because of the metallic taste some felt they imparted to the brew. But that has changed in recent years with better can-lining technology. In fact, cans have become the go-to vessel for many a craft aficionado, with market researcher Nielsen NLSN, +0.89% saying the format is likely to become even more popular over time.

If anything, Anchor is a little late to the trend: Venerable craft brew Samuel Adams SAM, +0.95% introduced its “Sam can” seven years ago, and Colorado-based Oskar Blues and others were canning their brews as much as a decade before that.

Either way, Scott Ungermann, brewmaster at Anchor Brewing Co., says he’s a can fan. He notes that cans have several advantages — for example, they are light-proof (light is an enemy of beer) and leak-proof. And he says the can-lining technology of today does “preserve the flavor of beer quite well.”

What we think about it: We admit we’re still of that older-school bottles-are-better way of thinking. But, truth be told, Anchor Steam in cans is still, well, Anchor Steam, an enjoyable brew that’s mildly hoppy and has a pleasing caramel-like sweetness. Ungermann says you should also pick up a “final hint of banana.”

How to enjoy it: Just crack open a can and enjoy. The Anchor team says the beer does pair especially well with grilled foods — perhaps a steak with caramelized onions.