Governors are setting their own timelines on when parts of their economy shut down by the coronavirus can reopen.

Just what “reopening” means is being defined differently by individual states, and some are only discussing general timelines.

Texas Gov. Greg Abbott has suggested he could announce rules Friday or Monday that would allow some businesses to reopen, and Mississippi Gov. Tate Reed has said he is likely to loosen the shelter-in-place order that expires on Monday. Florida Gov. Ron DeSantis has asked for recommendations by Friday on how to reopen the state.

An impatient President Donald Trump has pushed governors to move quickly and has supported protesters in state capitals calling for the economy to reopen despite the tens of thousands of deaths caused by the COVID-19 illness. The White House has published guidelines for a step-by-step lifting of shutdown rules that include having a downward trajectory on cases over 14 days, and Trump was unexpectedly critical of Georgia’s plans to begin loosening restrictions.

Here’s what some states have announced:

Georgia: Gyms, hair salons, bowling alleys and tattoo parlors can reopen on April 24 with strict social-distancing and hygiene requirements. Hospitals can resume elective surgeries. On April 27, movie theaters can reopen, and restaurants can have limited dine-in service. The plan has been met with skepticism within the state, as The Wall Street Journal reports.

The list expands May 1 to include sit-down restaurants, movie theaters, sporting venues and gyms, also with social distancing. Places of worship can reopen for in-person worship if they leave every other row or pew open.

Tennessee: The state’s safer-at-home order ends April 30, so most businesses can reopen May 1. Restaurants can open for dine-in services at half capacity starting April 27. Retail stores can open on April 29. Counties with their own health departments, which include those home to Memphis, Nashville and Knoxville, plan their own reopen strategies.

South Carolina: Stores selling furniture, clothing, sporting goods, books and flowers, among others, as well as department stores and flea markets were allowed to reopen at 5 p.m. on April 20 at no more than 20% capacity and with social distancing. Beaches followed on April 21. Local and county governments could still order closures.

Florida:Some beaches and parks have reopened. In Jacksonville, for example, they are open from 6 a.m. to 11 a.m. and 5 p.m. to 8 p.m. Social distancing there is required, and groups can’t exceed 49 people.

Pennsylvania:Construction projects deemed nonessential can restart on May 1.

Vermont:Crews of no more than two could resume outdoor work and construction in unoccupied buildings beginning April 20. Retailers could reopen with curbside pick-up and delivery services.

Idaho:Its first stage for reopening could begin May 1 if certain criteria are met and would allow day cares, camps and places of worship (with social distancing) to reopen.

Read:Lacking federal coordination, U.S. governors team up on when to reopen economy

Also:‘These kids have been isolated socially and educationally’: Will kids across America have to cancel camp this summer? 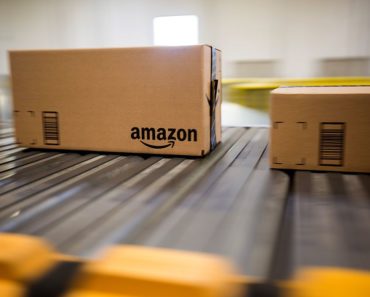