Home
Stocks
Thousands of meals a day for NHS workers — U.K. businesses step up to support front line workers
Prev Article Next Article
This post was originally published on this site 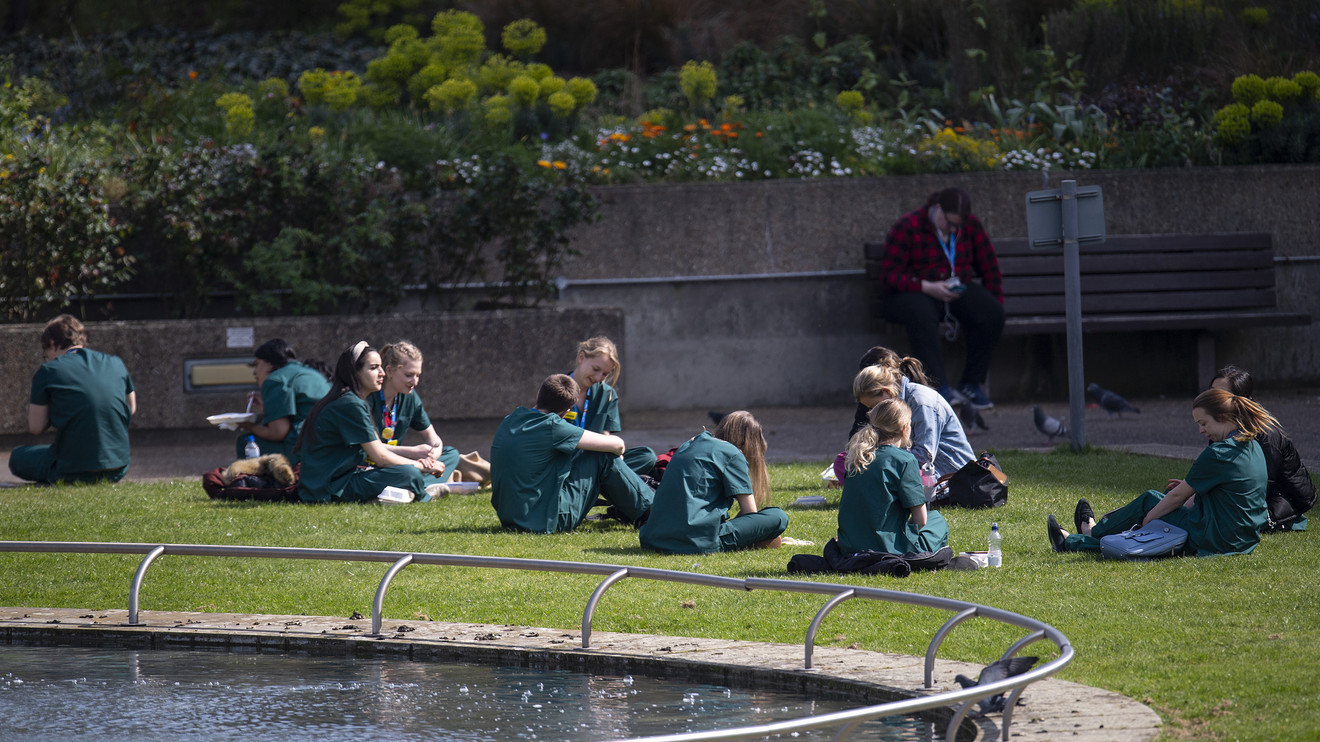 When Steven Tozer, founder of upmarket London kebab chain, Le Bab, realized the spreading coronavirus would close his restaurants, he felt “a weird sense of helplessness and a strong sense of responsibility.”

He decided to start the London Restaurant Cooperative, a not-for-profit social kitchen, to offer cheap professionally-prepared meals for home delivery using recently laid off restaurant staff. Customers can opt to pay £4 ($5) for an additional charity meal delivered to doctors and nurses working for the U.K.’s National Health Service, or homeless shelters.

He started to see more people ordering meals for NHS staff than for themselves. “NHS orders are currently in a ratio of just under four to one”, he said. “Last week we delivered 2500 meals to the NHS and about 700 to homes, and it will grow this week too.”

Tozer is not alone. Coronavirus has triggered a wave of kindness from businesses, individuals, and the hospitality industry who have rallied to support NHS staff, overwhelmed by soaring infection and death rates in the country. Those industries have been brought to a standstill since the U.K. government introduced strict lockdown measures in late March, closing restaurants and bars and emptying hotels across the country.

Tozer said taking the stress of preparing a daily meal off the workload of an NHS staffer buys them “a few precious moments with their families or even just in front of the TV relaxing.”

“I think that’s an important emotional impact,” he said.

Alongside the efforts of the London Restaurant Cooperative, separate fundraisers supporting health staff Feed NHS and Meals for the NHS have each raised over £1 million.

Actors Damian Lewis, Helen McCrory and Matt Lucas formed Feed NHS in partnership with fast food restaurant Leon to provide over 6,000 meals a day to the NHS. Pizzeria Franco Manca, Mexican restaurant Tortilla, and several other chains have signed up to help.

Meals for the NHS was founded by a group of friends with loved ones working in the health service. In its first 19 days it has raised enough to deliver 200,000 meals to hospitals cross the U.K., it said, and has served tens of thousands of already.

Each campaign has attracted thousands of individual and company donations. Among them is Ian Wace, chief executive of hedge fund Marshall Wace, which has $40 billion assets under management. When Wace heard NHS catering was overwhelmed, he saw an opportunity for the private sector to help and urged businesses to get on board.

The result was Mealforce, a coalition between Wace and Helpforce, a charity supporting NHS volunteers, which donates three meals a day to NHS staff tackling the coronavirus crisis. Mace is underwriting the costs to businesses as well as using his hedge fund’s own in-house catering staff to send 1,000 meals each day to Chelsea and Westminster Hospital.

“The response has been phenomenal, and I would like to say a massive thank you to all those fantastic businesses which have moved so fast to answer this urgent call,” Mace told MarketWatch in a statement provided by the company.

Tozer said he hopes the London Restaurant Coalition will expand beyond his own restaurant’s kitchen and offer work to the displaced who miss the mental health benefits of daily hard work.

“We’re only just beginning to see the scope of this for bringing a significant number of people back to work,” he said, “we hope we can grow this to have a serious re-employment effect for a lot of people.”

Hotels are also stepping up. Trade association U.K. Hospitality said 200 hotels answered its call for support and made over 20,000 beds available across the country for NHS staff and other vital workers. This is on top of thousands already offered up by individual companies.

Mayfair-based luxury hotel Claridge’s is hosting as many as 40 NHS workers, and offering daily packed meals for over 500, including community support teams across London.

“Teams from all our hotels have volunteered, and we are honored to help and support the dedicated NHS workers at this critical time. We are forever in their debt,” said Paddy McKillen, co-owner of Claridge’s parent Maybourne Hotel Group in a statement sent to MarketWatch.