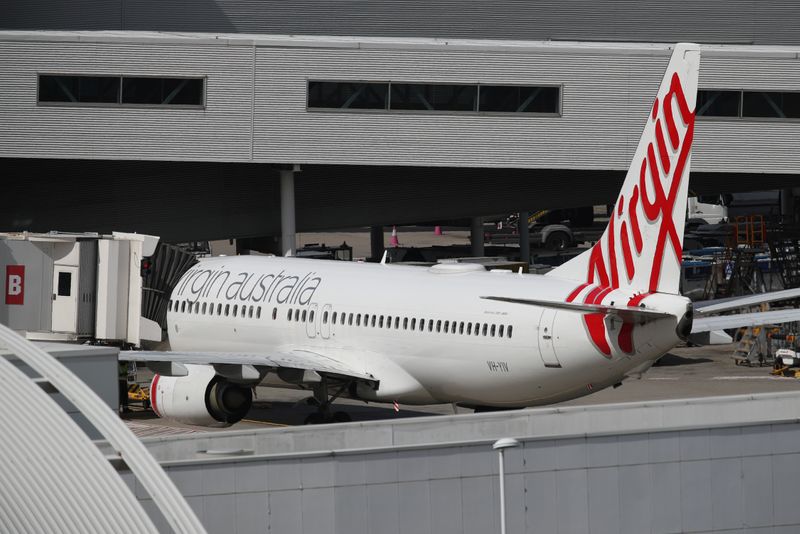 Australia’s second-biggest airline has asked the government for a A$1.4 billion loan that could be converted to equity in certain circumstances.

To date such aid has not been forthcoming and ministers have said that any help is likely to be on an industry-wide basis rather than specific to Virgin.

Virgin is in a financially weaker position than its larger rival Qantas Airways Ltd (AX:QAN) and lacks an investment grade credit rating.

“As a result of government restrictions, less people are travelling and we have made changes to our schedules to reflect this,” Virgin said of the latest capacity reduction.

Virgin had already cut all international flights except government rescue charters, put most of its workforce on leave and permanently cut all pilots at low-cost arm Tigerair Australia and all crew based in New Zealand.

It will continue local and international cargo flights, the airline said.

Virgin’s shares are tightly controlled by a group of foreign airlines including Singapore Airlines Ltd (SI:SIAL), Etihad Airways and Chinese conglomerate HNA Group that have also seen a sharp deterioration in revenues due to the coronavirus crisis.

The Australian government has already announced some aid to the broader airline industry, including refunding and waiving charges such as domestic air traffic control fees worth A$715 million and A$198 million in support for regional aviation.

The novel coronavirus has infected about 1.5 million people globally, while over 87,000 have died, disrupting lives and businesses as governments impose lockdowns to curb the outbreak.

For an interactive graphic tracking the global spread of the virus: open https://tmsnrt.rs/3aIRuz7 in an external browser.