Home
Stocks
Market Snapshot: Dow futures rise as Trump administration signals that coronavirus outbreak may be stabilizing
Prev Article Next Article
This post was originally published on this site 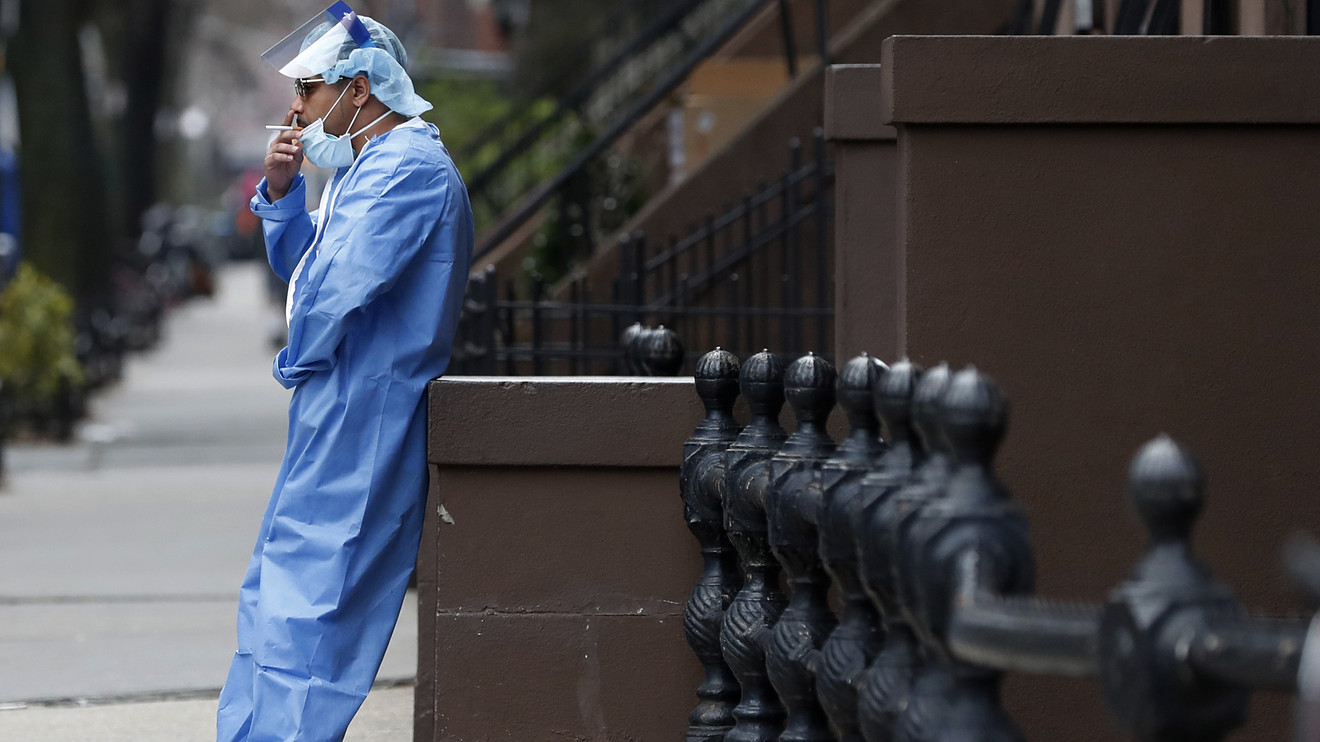 Stock-index futures rose sharply Sunday night as investors appeared eager to focus on a glimmer of optimism coming out of the White House about the potential for stabilization of the rapid spread of the worst viral outbreak in generations.

What are major indexes doing?

President Donald Trump adopted a somewhat sanguine tone during a Sunday news briefing that may have given some investors cause for hope, even as he warned, along with experts, that the days and weeks ahead may be some of the toughest in the pandemic era.

“The U.S. will reach a horrific point in terms of death, but it will be a point where things will start changing for the better,” he said Sunday evening.

Vice President Mike Pence said “we’re starting to see glimmers of progress,” referring to efforts to slow the spread of the deadly pathogen that has infected more 1.3 million people and claimed nearly 70,000 lives worldwide. In the U.S., some 330,000 have become infected with the illness, which has shut down swaths of the economy here and elsewhere in the world.

The week ahead is likely to be a tough one for investors. Cities including New York, Detroit and New Orleans are expected to see a surge in infections in the coming days, according to experts.

U.S. Surgeon General Jerome Adams over the weekend said that the week ahead may be the hardest week for Americans since the Sept. 11 terrorist attacks and other tragedies. “This is going to be our Pearl Harbor moment, our 9/11 moment, only it’s not going to be localized,” he told Fox News on Sunday.

“It’s going to be happening all over the country. And I want America to understand that,” he said.

Meanwhile, St. Louis Federal Reserve President James Bullard said Sunday that he didn’t believe the U.S. economy or jobs market was in “free fall” as the coronavirus sweeps the country.

“We’re asking people to stay home to invest in national health, and we’re asking them to use the unemployment insurance program in order to get the transfers they need to be able to pay bills while they’re at home, while they’re not able to work because health authorities are trying to get the virus under control,” Bullard said on CBS’s “Face the Nation.”

On Friday, markets ended sharply lower after the worst jobs report in 11 years.