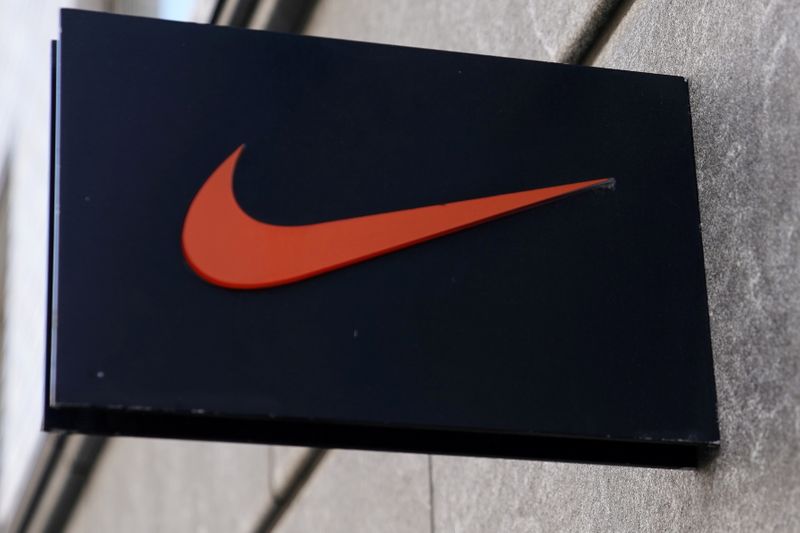 (Reuters) – Nike Inc (N:NKE) shares rose 8% on Wednesday after the sportswear maker’s impressive recovery in China sales offered hope that it was prepared to cope with the financial fallout of the coronavirus pandemic in other markets.

At least seven brokerages took a positive view on the stock, with some raising their price targets to as high as $95, well above its current share price of about $80.

Nike shares have fallen 28% since the start of the year on worries about a substantial dent to its sales due to the pandemic, which has also led to the cancellation or postponement of major sporting events to make matters worse for the company.

On Tuesday, Nike settled those nerves saying it was experiencing double-digit percentage growth in its digital business in China and that operations in Greater China were normalizing.

“Nike reported China revenues only down 4% in the February quarter, which is quite frankly incredible and speaks to the brand’s ability to manage through macro dislocation,” Cowen analyst John Kernan said.

Analysts also believe that evidence of Nike’s surge in China demand is a positive for the company’s U.S. and Europe businesses, which are currently facing similar disruptions that China had encountered.

Nike also beat estimates for quarterly revenue on strong digital demand, an area of focus for the company, having invested in the SNKRS app that offers limited-edition products for members.

On a post-earnings call with analysts on Tuesday, Chief Executive Officer John Donahoe said, “We’re seeing the other side of the crisis in China … we now have a playbook that we can use elsewhere.”

However, adjusting for short-term pressure to the business, at least 5 brokerages cut their price target on the stock.

Still, a majority of Wall Street analysts are bullish on Nike, with 25 out of 33 brokerages rating the stock “buy” or higher.

“For stock pickers, the most important learning from Nike’s earnings call last night was how different the post-coronavirus demand curve will look for the most digitally sophisticated consumer brands,” Evercore analyst Omar Saad said.