Home
Stocks
Key Words: Fox News contributor on putting lives of old people at risk to save the economy: It’s ‘entirely reasonable’
Prev Article Next Article
This post was originally published on this site 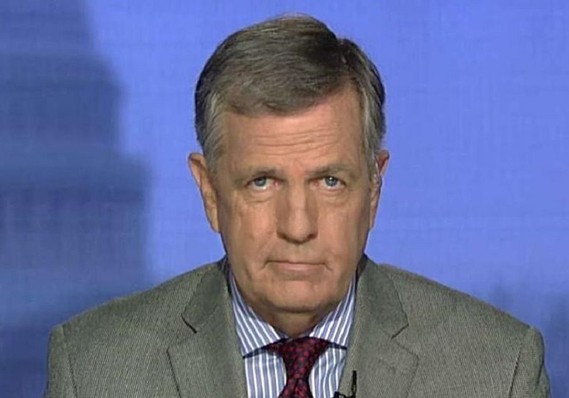 Texas Lt. Gov. Dan Patrick, in a controversial view earlier this week, said that plenty of older people would be willing to sacrifice their lives in order to preserve the economy for their grandchildren.

“No one reached out to me and said, as a senior citizen, are you willing to take a chance on your survival in exchange for keeping the America that all America loves for your children and grandchildren?” he said. “And if that’s the exchange, I’m all in.”

After his comments blew up the internet, Fox News contributor Brit Hume visited Tucker Carlson’s show Tuesday to share his thoughts on what he sees as an “entirely reasonable” position:

‘We don’t shut down the economy to save every single life that’s threatened by a wide-spread disease. We just don’t.’

Hume went on to say that this concept is essentially what President Trump and Governor Cuomo have been saying in recent days about the coronavirus pandemic.

“What we’re living in now, this circumstance as we try to beat this virus, is not sustainable,” Hume, 76 years old, explained on the show. “That the utter collapse of the country’s economy, which many think will happen if this goes on much longer, is an intolerable result.”

Like Patrick before him, Hume emerged as a trending topic on Twitter TWTR, -2.86% overnight, where he was mostly hammered, though a few stood up in his defense.

So all @realDonaldTrump voters…how many of you are willing to sacrifice your life for the good of the economy?

But I think they’re really talking about everyone else.

There are a lot of people whose reputations will never recover from this era.

“Fox’s Brit Hume says it’s an “entirely reasonable viewpoint” to expect that grandparents would be willing to die to protect the economy.” https://t.co/E8fLnUnsm6

.@brithume thinks our parents should volunteer to die by drowning in their own blood to save the economy.

Who came up with this messaging? pic.twitter.com/yArui15PSF

Ironic that democrats, of all people, are dragging Brit Hume for saying they want to crash the economy so they can win an election. OF COURSE THEY DO!

Let’s not pretend like dems give a shit about human life, when they are hysterically opposed to the use of chloroquine!

John is absolutely right here. And @brithume is getting creamed for making a similar point, which is that much of this opposition isn’t based on reason, data and rationality.