Home
Stocks
Economic Preview: Jobless claims set to soar by the millions as layoffs surge due to coronavirus shutdowns
Prev Article Next Article
This post was originally published on this site 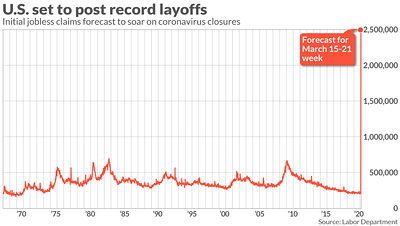 Several million Americans have already been laid off or furloughed because of the coronavirus crisis — and millions more may lose their jobs in the weeks ahead.

The number of people who applied in mid-March for unemployment benefits, known as jobless claims, is forecast to zoom to a record 2.5 million from 281,000 in the prior week, according to economists polled by MarketWatch. The period covers March 15 to March 21 and will be published by the U.S. Labor Department on Thursday, 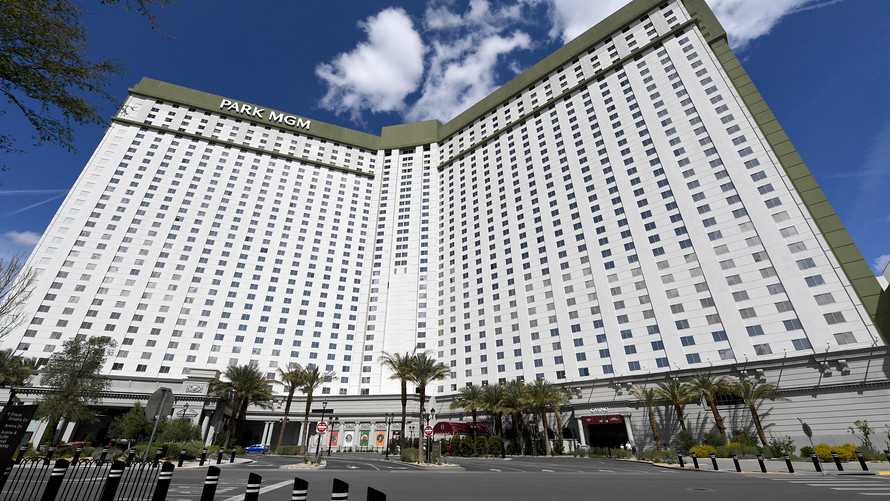 A nearly empty Las Vegas shows the mounting damage from the coronavirus. Millions of Americans are in danger of losing their jobs as the U.S. shuts down large parts of the economy to slow the viral outbreak.

Such a gargantuan increase in new jobless claims could end up tripling the all-time record of 695,000 in 1982. At least one Wall Street forecaster even predicted new claims could balloon to almost 4 million.

The carnage won’t stop there.

New claims are almost certain to continue to skyrocket for the next several weeks and beyond, depending on how long much of the nation’s economy remains shut down.

If so, the number of unemployed Americans could soon top the previous record of 15.3 million in 2009. Economists estimate tens of millions of jobs are at risk in industries such as retail, travel, tourism and entertainment.

A massive $2 trillion government rescue package awaiting approval by Congress aims to ease the pain for the countless Americans put out of work with expanded unemployment benefits and loosen eligibility requirements. The bill would also provide more money for companies that retain their workers or bring them back once the crisis eases.

The surge in new unemployment claims has put an unprecedented strain on the states and it may be a few weeks before nearly all workers eligible or benefits can receive them. California, for example, said new claims jumped to nearly 200,000 last week from just 43,000 a few weeks ago.

Several states have reported breakdowns in their claims systems because of an tsunami of new applications, forcing people to wait or refile later on. Those problems are likely to persist.