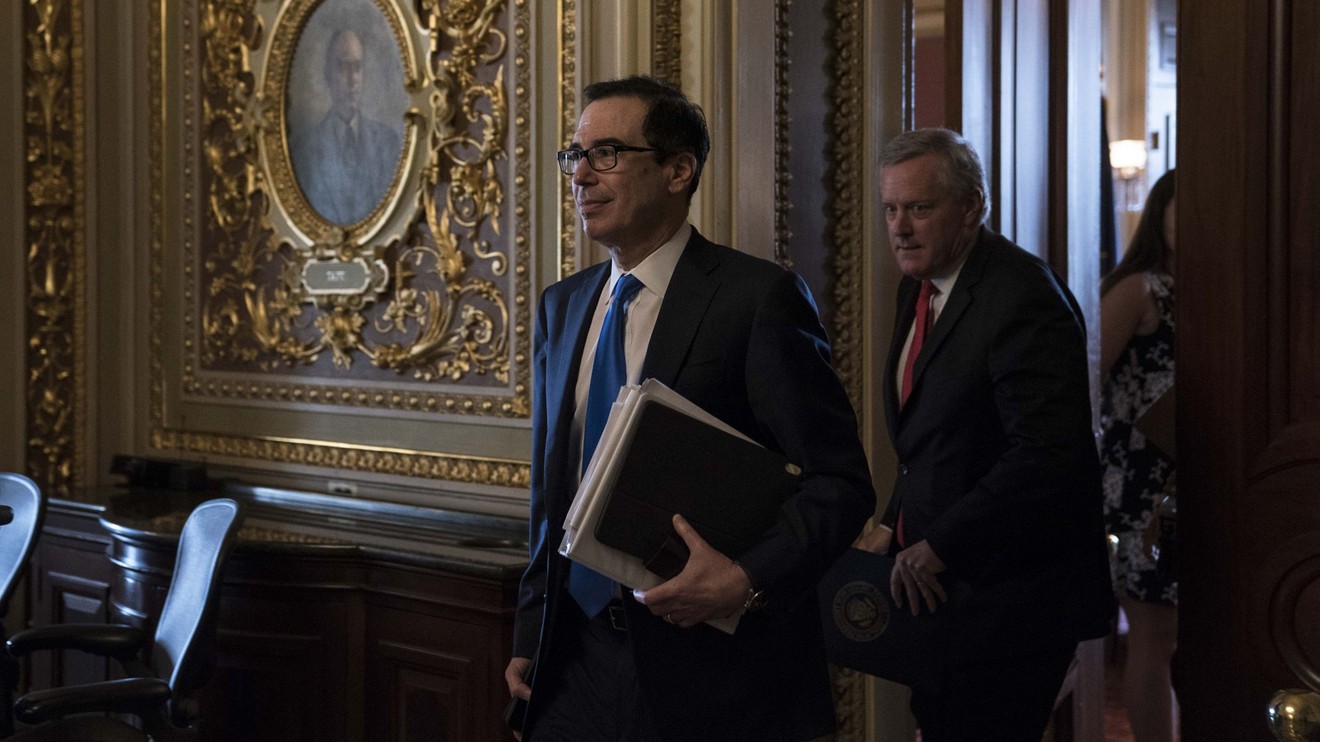 Negotiations on a massive stimulus bill to prop up the U.S. economy as it reels from the coronavirus outbreak dragged on late Tuesday night, as final agreement proved elusive.

Lawmakers had expressed optimism all day that they were close to an final agreement, but as the talks dragged on into the evening, officials walked past reporters with grim expressions.

Treasury Secretary Steven Mnuchin, during one of his numerous trips in the U.S. Capitol shuttling between party-leaders’ offices, said the reason it was taking so long to nail down, despite claims it was all but finished in the morning, was because it was complicated.

Asked on his way to Senate Minority Leader Chuck Schumer’s office around 10 p.m. if this was “the” meeting, Mnuchin replied: “Every meeting’s the meeting.”

The roughly $2 trillion plan includes direct payments to Americans, aid to small businesses and a $500 billion loan program to be administered by the Treasury Department. Part of that would go to struggling airlines.

Earlier Tuesday, Schumer, a New York Democrat, said talks were on the “2-yard line.” But by deep into the night, talks hadn’t concluded. Some Republican senators, meanwhile, said they were expecting a vote on Wednesday.

The Dow Jones Industrial Average DJIA, +11.37%   notched its biggest one-day point gain ever and its best percentage gain since 1933 earlier Tuesday, on optimism a deal could be reached.

Dow futures YM00, -1.05%, meanwhile, were down about 75 points Tuesday night after the prior session’s massive gains.

President Donald Trump has pressed for shuttered parts of the economy to re-open by Easter, which falls on April 12.

Even as coronavirus cases increase, Trump has said he would evaluate the administration’s strategy early next week after a 15-day containment period elapses. The goal of that initiative was to encourage social distancing. During a Fox News town hall on Tuesday, Trump asserted: “People can go back to work and practice good judgment.”