Home
Stocks
A top Tesla analyst raised his 'bull case' for the stock to $500, or 50% higher from here
Prev Article Next Article
This post was originally published on this site 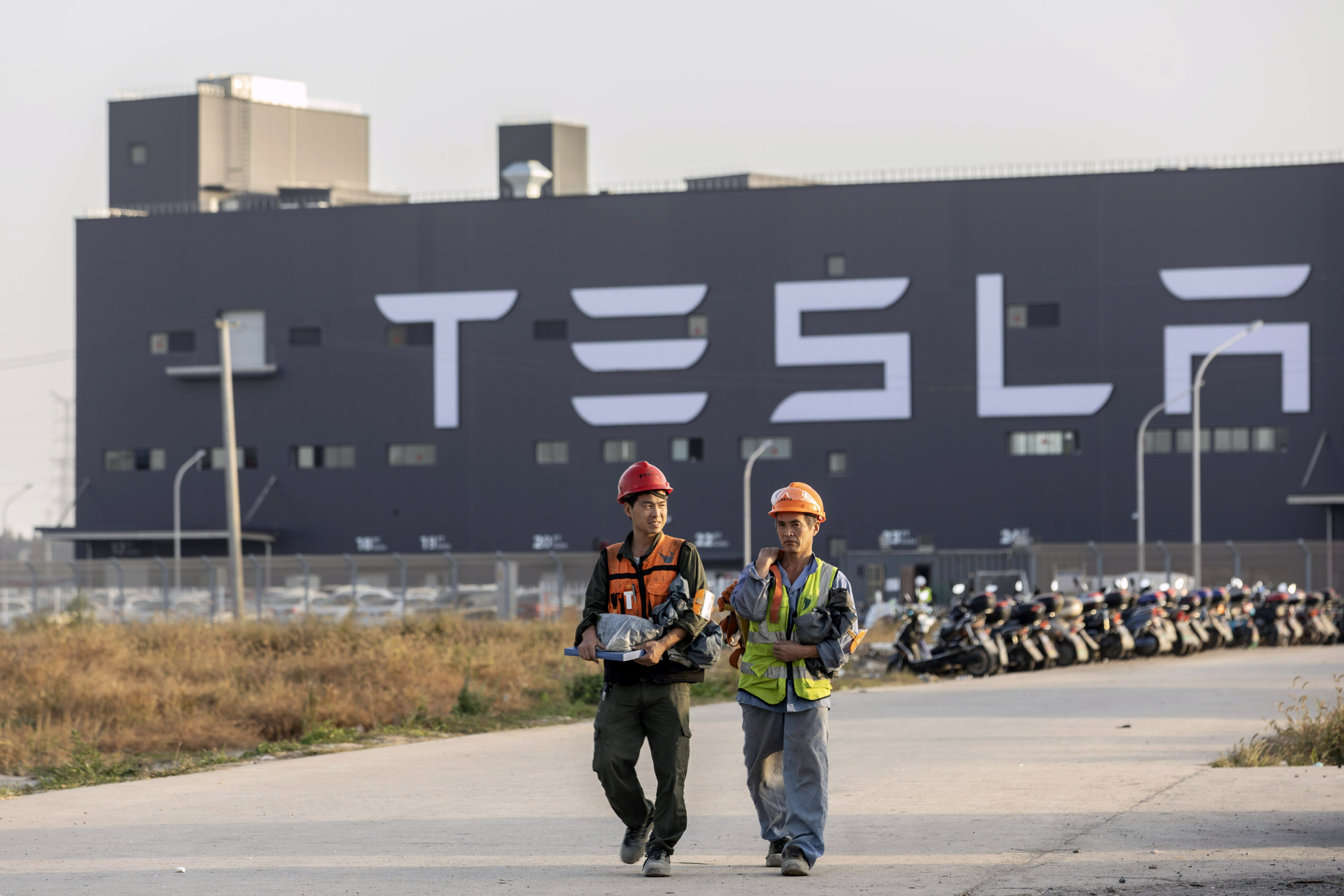 Workers walk outside the Tesla Inc. Gigafactory in Shanghai, China, on Friday, Nov. 1, 2019.

Morgan Stanley increased its “bull case” for Tesla to $500 a share on Thursday, in the firm’s calculation of a best case scenario for the company’s value if Cybertruck is successful and the new factory in China exceeds expectations.

“In an optimistic scenario,” Morgan Stanley analyst Adam Jonas said he sees Tesla selling 100,000 Cybertrucks by the end of 2024, at an average price of $50,000. Additionally, Jonas believes Tesla’s Gigafactory in China could perform better than anticipated and reach a production rate of 450,000 units per year by 2024/2025.

Tesla’s stock rose 0.7% in after hours trading from its close of $330.37 a share. Morgan Stanley’s new bull case represents a 50% increase from Tesla’s current stock price. Jonas is widely followed on Wall Street as he was one of the earliest bullish analysts on Tesla, as well as the market for electric vehicles.

But Morgan Stanley’s “base case” price target of $250 a share remains unchanged, as well as its equalweight rating on Tesla.

“To be clear, we are not bullish on Tesla longer term, especially as, over time, we believe Tesla could be perceived by the market more and more like a traditional auto OEM [original equipment manufacturer]; we are prepared for a potential surge in sentiment through 1H20 but question the sustainability,” Jonas said.

In essence, Morgan Stanley could see Tesla’s stock going in any direction. The firm has a $10 “bear case” on Tesla, as Jonas earlier this year cited the difficulty of valuing Elon Musk’s company.

“We continue to believe Tesla is fundamentally overvalued, but potentially strategically undervalued,” Jonas said in a June note.

In his latest report, Jonas reiterated that his base case represents the view that Tesla is not really a high-flying Silicon Valley tech stock any more.

“We are cautious on Tesla’s prospects in China, given geopolitical/CFIUS concerns, we believe that the Model Y will likely cannibalize a significant amount of demand for the Model 3, and see Berlin Giga as a first step for Tesla to ultimately be seen by investors as an auto company rather than a high growth tech firm, with valuation reflecting that at some point,” Jonas said.